Last week saw the release of the brand new EP from the uber-negative Philidelphia fastcore duo, Backslider. I'm always happy to get more records from these guys, and the fact that this is a TLAL co-release (also released with Psychocontrol Records) is a big plus. "Maladapted", black vinyl, 45 RPM. 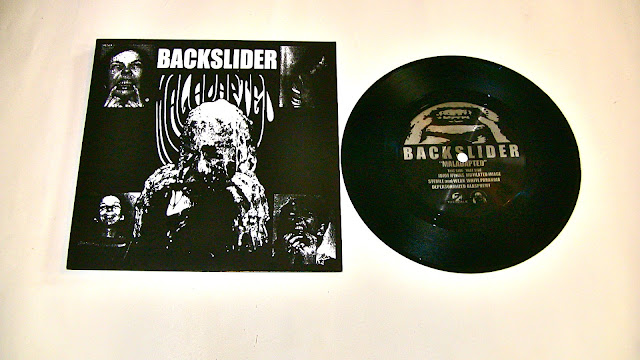 All around, "Maladapted" is a really good EP. Backslider are as tight and complicated as ever, and they have never sounded better as well. The recording on this is super tidy and punchy. The guitar tone has gotten a little less bassy, but still has a lot of impact. The drum performance on this is incredible too. Stop and start on a dime riffs, with some very nice occasional stoner rock-influenced breaks thrown in for good measure. 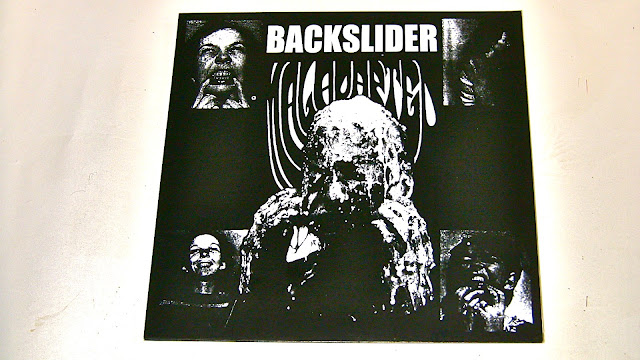 The one nit-pick I have with this is that I don't think it warrant's being a double sided 7". This thing could easily fit on 1-side and still be 45 RPM. It kills me when bands/labels decide to do that, it kills the momentum and energy for me. Three songs on each side, each side being about 1 1/2 to 2 minutes. At least they're good songs. 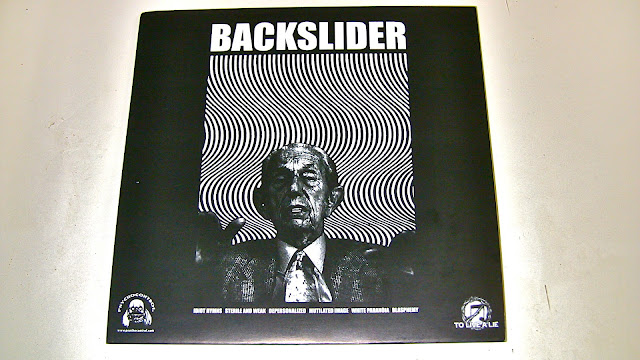 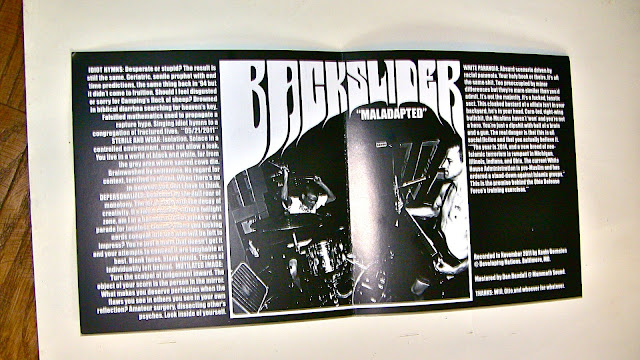 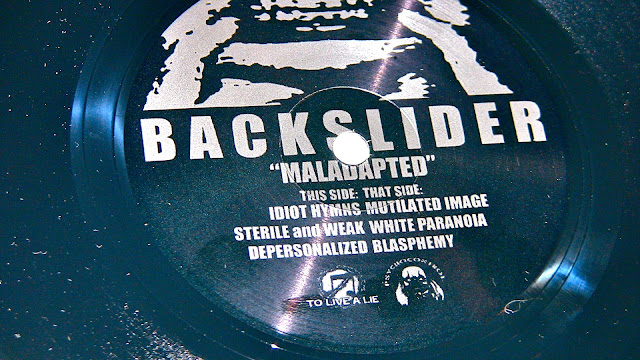 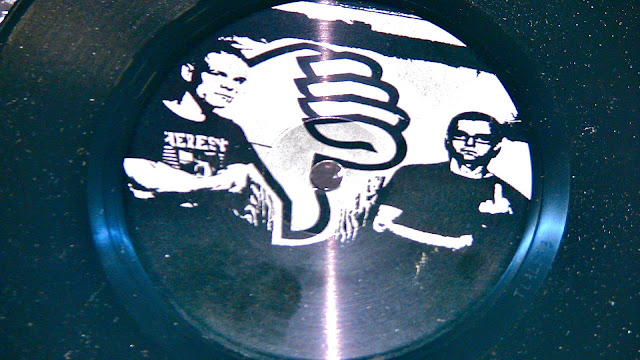 I ordered mine form Blastcat records, which is run by one of the dudes in the band. There is a blue vinyl variant, which I unfortunately was not given. I'm unsure of the numbers. Definitely pick this one up.