Fuck yes, the Extortion/Cold World split 12" is mine! I'm super fucking excited about this, because not only is it new Extortion, but this is the first record of there's that I pre-ordered directly from the band. and everything went great! It arrived a lot quicker than I had anticipated, and in great condition, except for some small tears on the top of the sleeve from it being shipped with the record inside. The band was selling the white vinyl variant, limited to 100, 45 RPM. 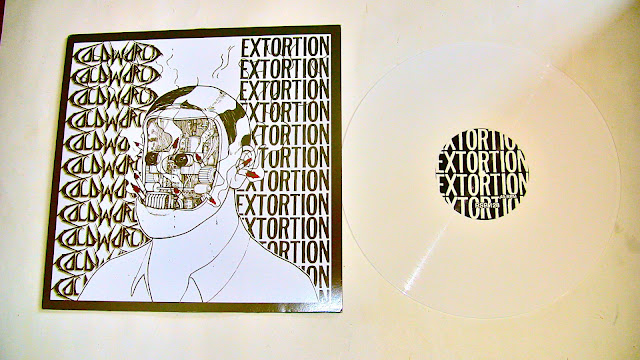 I'm very pleased to say that this is an excellent split. I was not impressed with their last two, and I can't really remember a whole lot about the "Loose Screws" 10", so I was really hoping this thing would kick ass. 11 rippers from Extortion, that waste no time and keep things fast and visceral. It really reminds me of their "Degenerate" era. Particularly in the vocals, Rohan hasn't sounded this intense in a while. Cold World is pretty great too. This is the first time I'm hearing them and they're a good pairing for Extortion. Fast fast hardcore, not very original, but definitely entertaining. 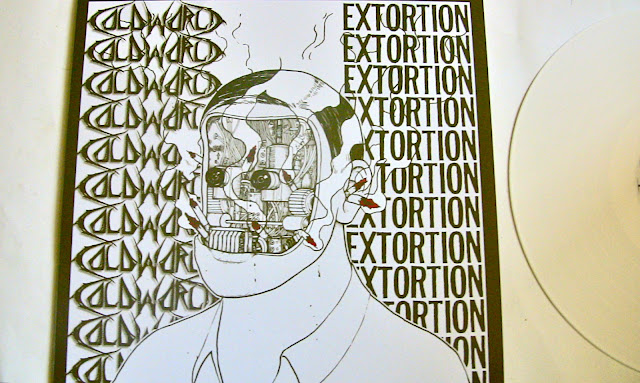 Pretty interesting artwork from Rohan this time around. Still trying to put my finger on the concept of this one. It's kinda Blade Runner/Terminator-y. 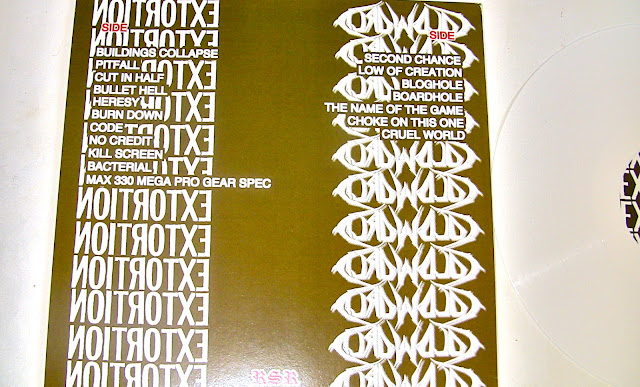 Two sided, glossy insert with lyrics from both bands. 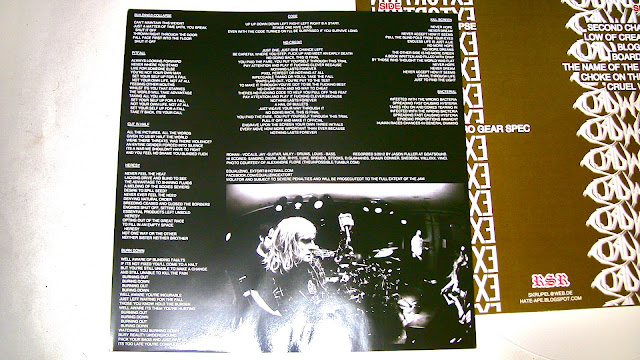 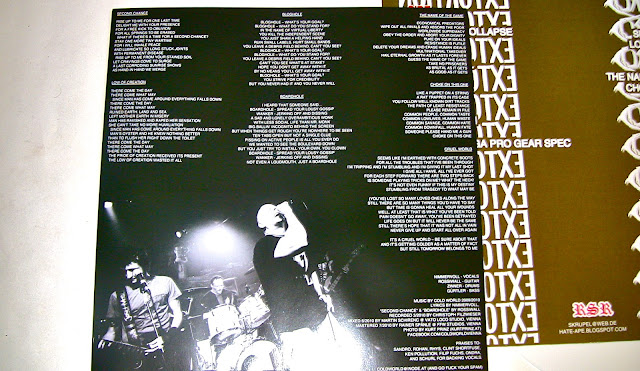 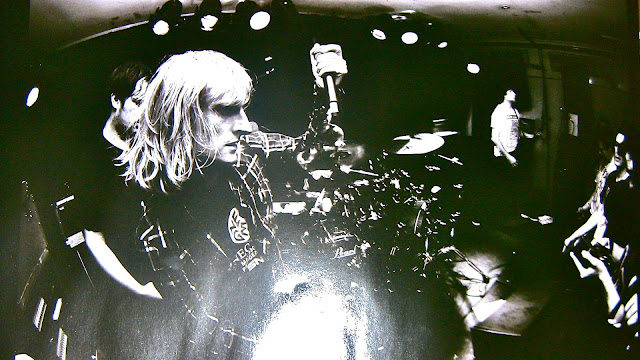 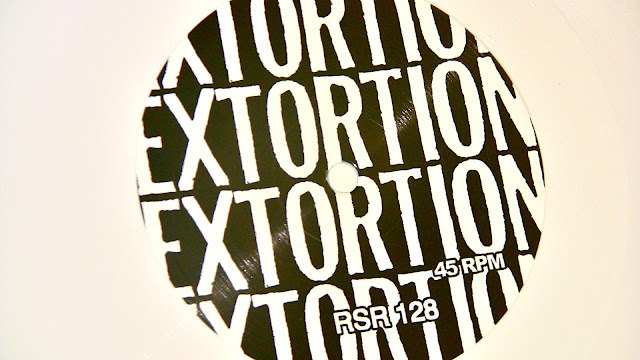 Extortion are all sold out of white, and RSR is probably all out of their red variant, but I'm not positive. These will be in tons of distros soon!