Here's a little looked over 7" release from a super solid band that will probably get talked about a lot more soon. Rapturous Grief are a grind/powerviolence duo from Atlanta, I believe this is a self-released record, limited to something like 200 copies, purple vinyl, 45 RPM. 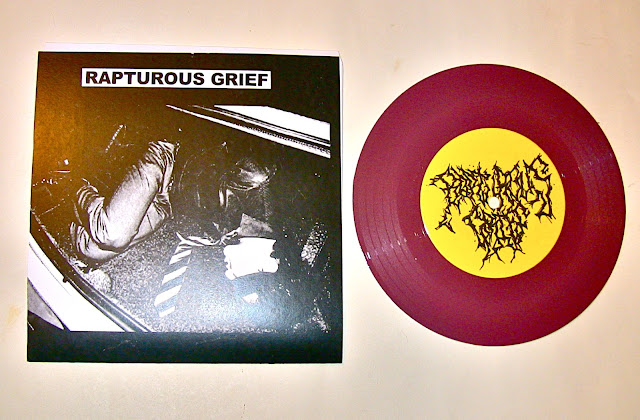 10 tracks on here, all sung in spanish, but there really isn't a spanish powerviolence/hardcore influence on here at all. If anything, I'd compare these guys to a band likt Shitstorm, due to how caveman simple the songs are in structure and performance. And I love Shitstorm, so to me this is all good. Much less noisy recording than any Shitstorm release though, this record is beefy and muscular as hell. Everything is perfectly mixed, it all sounds great. 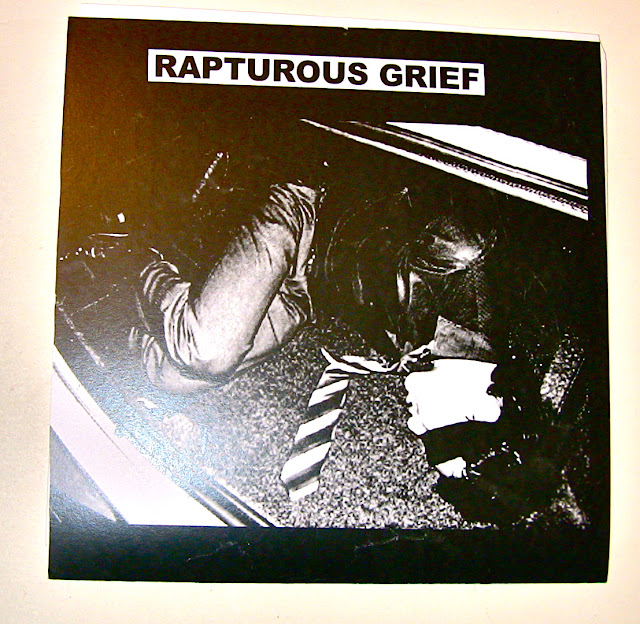 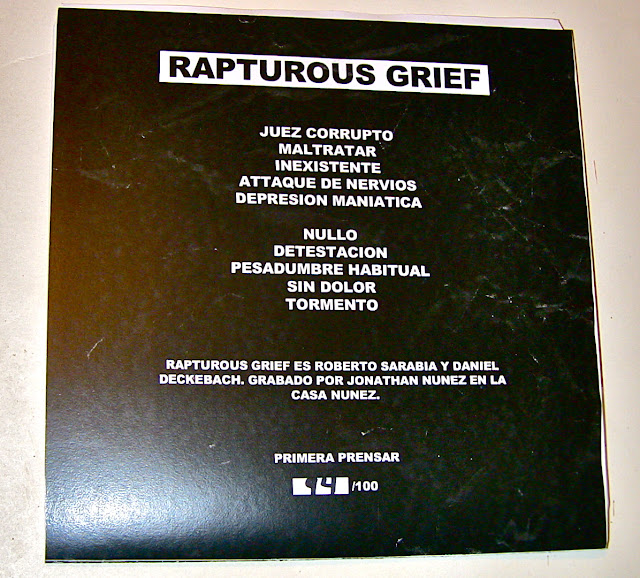 To my understanding, there are 200 copies of this, but 100 of them have a different cover, or are on a different color of vinyl, which is why it only says it's /100. Nice poster/insert too! 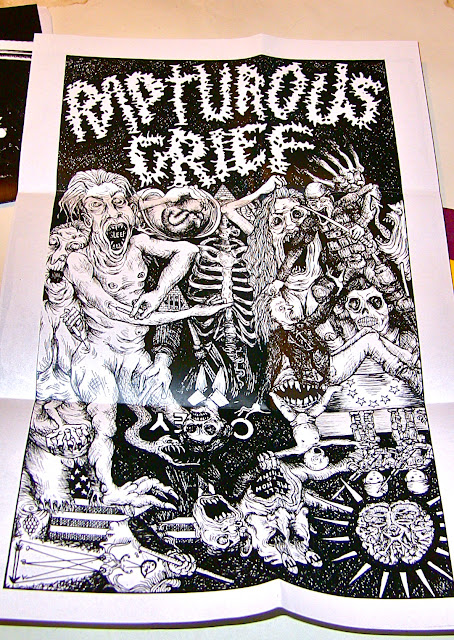 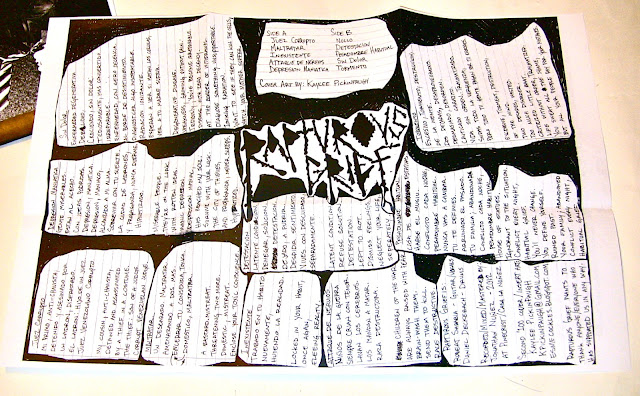 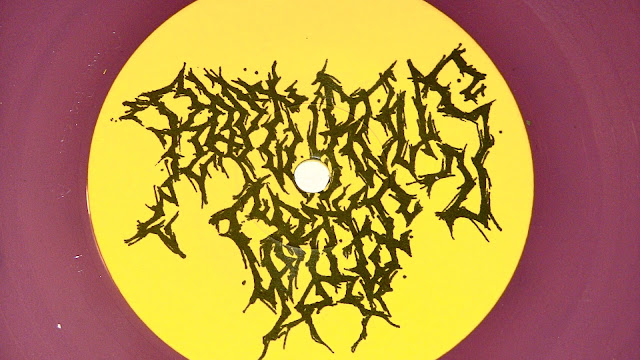