RIP powerviolence in 2013, you had a good run, you had some good records, but Abuse. straight up murdered everyone. Folks, I have no idea if this band is even comprised of actual mortal human beings. I think that this band was the result of some crazy lab experiment to create the perfect powerviolence band that went wonderfully, fantastically well. Not only did they release one of the best 7"s earlier this year on Hygiene Records, now they come at us again with a contender for album of the year, from To Live A Lie Records. And I'm just barely getting over the rush of the first EP! Again, perfect band. TLAL did 2 variants of this record, and since I'm a raging fanboy right now, I had to break my rule and get both variants. 100 are on transparent green vinyl, and 400 are black/brown split. 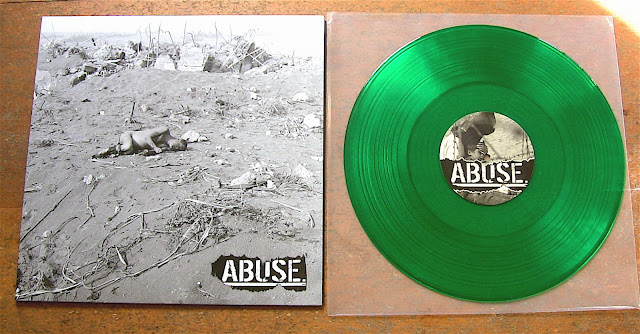 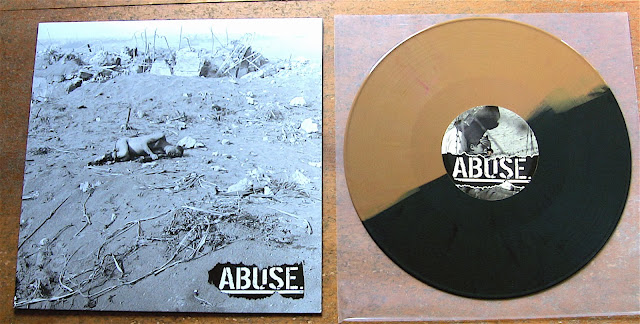 I honestly have a hard time putting how good this record is into words. It's really something that I beg and plead you to listen to on your own to get the full impact, but I'll take a shot at it. This record really is powerviolence 101. There are no faults, or flaws with anything recorded here. The band sounds intense, rabid, like if they have to play as hard as they can or else they'll collapse and die. The drums are cripplingly heavy, and man, this vocalist gives one of my favorite performances of the year. Passionate. frothing, angry-bulldog barks that really don't sound like many other vocalists. I truly do recommend this record to anybody into powerviolence, hardcore, fastcore, grind, etc. If you can't get into it, I just feel sorry for you. 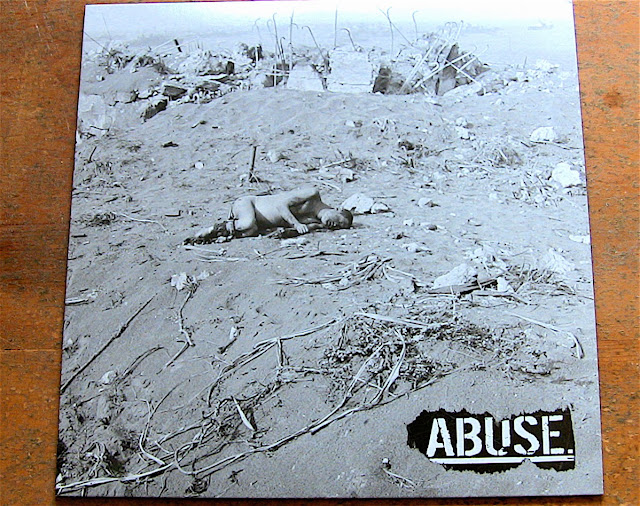 I do believe every Abuse. record has an image of a man in the fetal position. Consistency points? 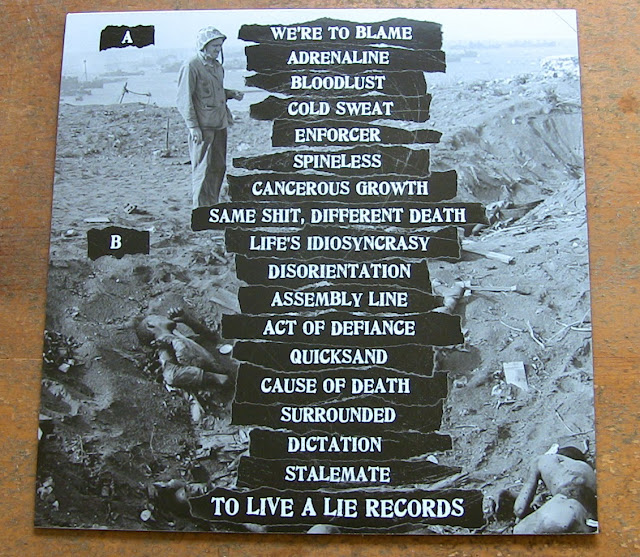 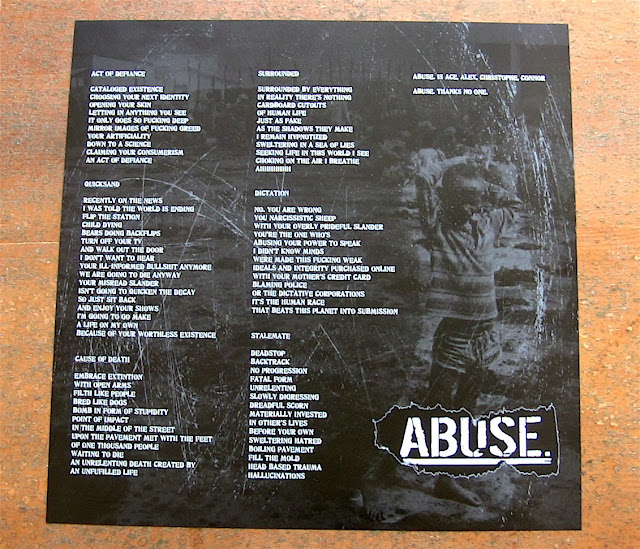 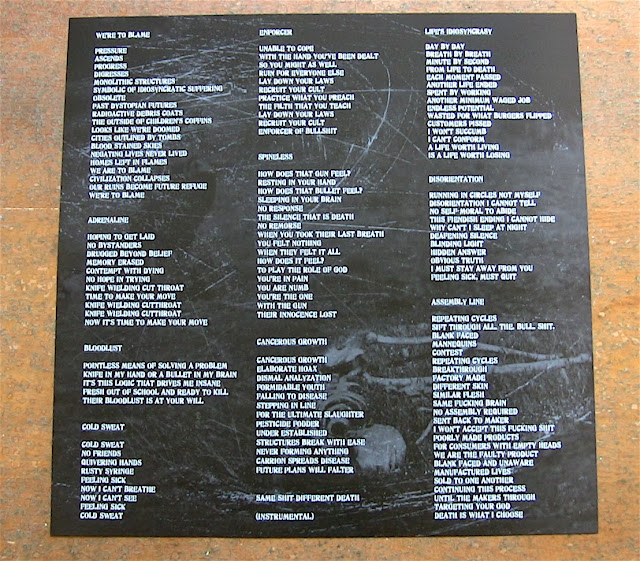 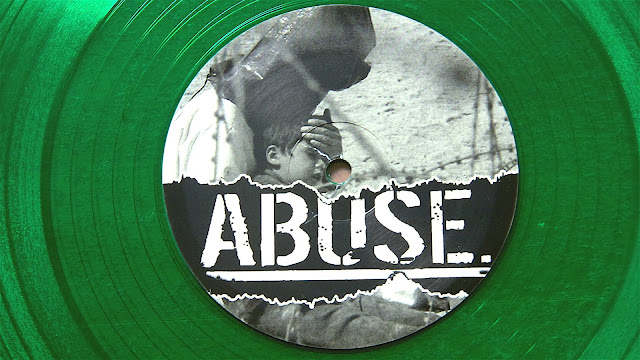 Buy this right now from To Live A Lie.