One of the bands that I've been semi-sorta-obsessing over the past couple months is the mighty Prince of Mince, Archagathus, from Canada. I've always had an interest in them, as evident by past posts on this blog. But only recently did the switch really click, and now I can't get enough. Keeping up with the band has proven to me quite difficult at times, and a lot of their records get released overseas. Fortunately a few choice distro's keep me pretty well stoked. Here's on of their most recent, and definitely prettiest split 7" with No Thought, 33 RPM, white w/ black splatter vinyl. 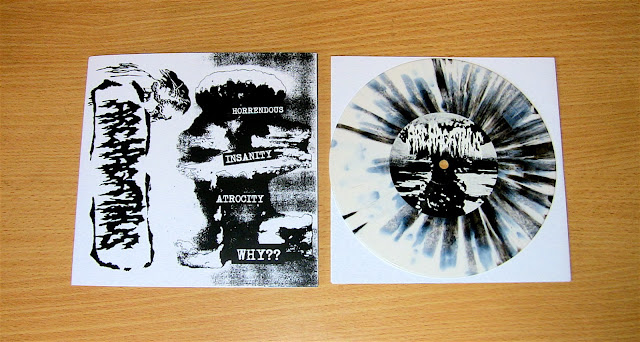 I was hounding after this one in particular for a few reasons; one, 2 brand new Arch tracks (as the label advertised that is..), and longer tracks too, which got me curious about some possible experimentation. Finally, lookit that gosh darn vinyl! I'm a sucker for splatter, what can I say. 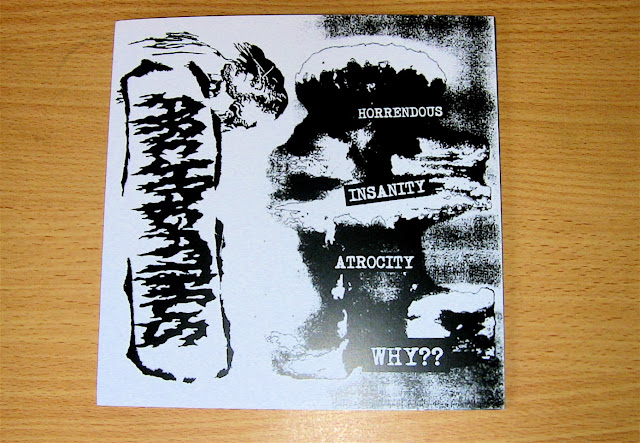 Now even though it was advertised that these were "new and unreleased tracks", as a pal of mine pointed out, both of them are from other releases. Soooo, what's that about? Regardless, Archagathus's tracks are great, no surprise. The songs are a bit longer (hence there only being two of them), and have a bit more of a metal sound mixed pure mince. Just think of death metal era Agathocles, you get the idea. Supremely raw and almost too much fun, that's Archagathus for you. I do believe that Arch are kind of inbred with Violent George now, which could explain the way both bands are sounding right now. The Archagathus/Nak'ay split has a more metallic sound too. No complaints though! I'm always down to see a band as prolific as this mix up the formula a bit. 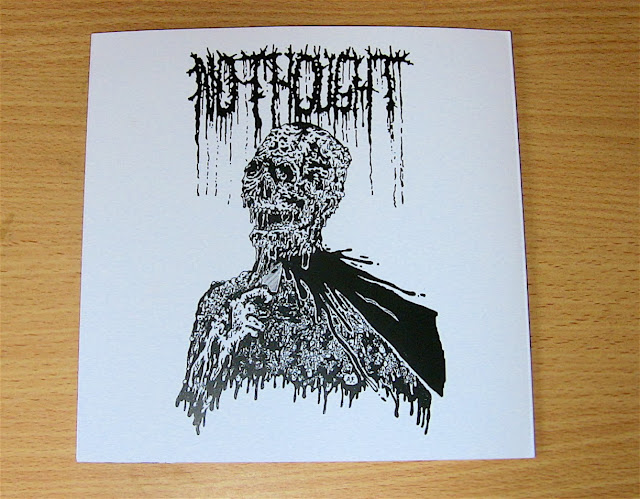 Archagathus usually have a tendency to split with bands that are worth the extra side of wax, and No Thought are no exception! Brutal as fuck, deathy grindcore from Denver, CO. This band reeks like a rotten basement, ugly, raw recordings, spine snapping blast beats and commanding intensity. Loved every track on their side. Funny story actually, the first time I heard this was at work, and I thought the No Thought side was actually the Arch side, and was really shocked at how much they had "changed", or so it appeared. Lesson of the story; your co-worker most likely won't be able to tell you what side you're listening too because he can't read the band logo's correctly.

Nice looking package from Uranium Overdose Records. Never got the deal with the mini-3rd panel sleeve, but it is what it is. All copies are hand-numbered too, out of 525, and all come on the splatter vinyl. No variants here, nice touch. 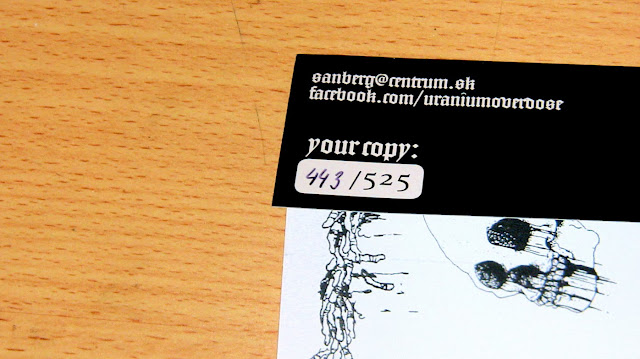 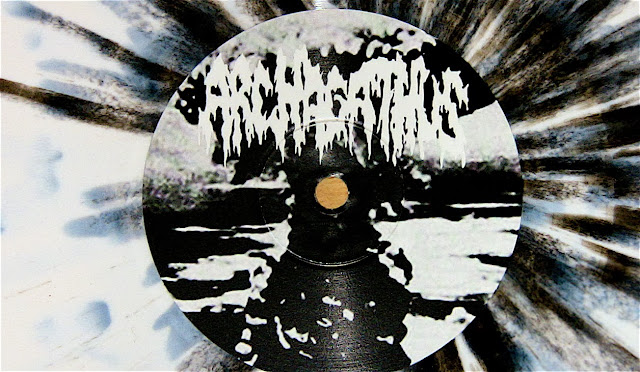