Sometime's I just feel like using this blog to it's real "show-off" potential and make posts like this. I've seen quite a few smash-my-face-into-the-wall-with envy test pressing posts on some of my fellow vinyl blogs, so I thought I'd throw my own addition into the fray.This right here is a test press for the grindcore magnum-opus album, "Misery Index" by Assück. Next to my regular pressing of the record. 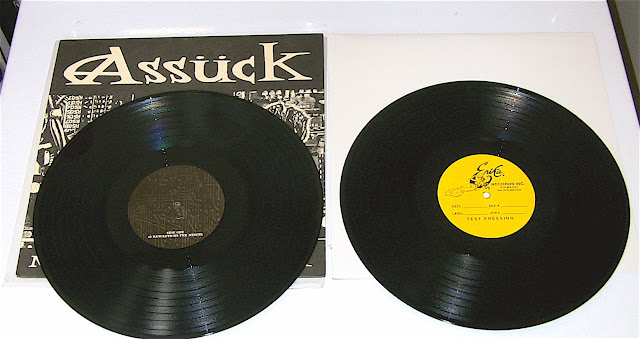 Believe it or not, I actually got this gem on Discogs. Ken from Hellnation and Sound Pollution Records head hancho, apparently set up an account and put up test presses for almost the entire Sound Pollution catalog. And everything for incredibly low prices. Honestly, the price kept me away from buying some stuff right away, it seemed too good to be true. Eventualy I broke and figured it was worth a shot, and actually bought an addition test press (that I'll probably show soon), and upon confirmation of it's authenticity, immediately bought the "Misery Index" test press. This baby is limited to 5 copies.

Don't think I need to go into great detail explaining why this album is so good, Anyone into grindcore should be familiar with at least some of this band's catalog. Deadly serious and ferocious deathy-grind, some of the most technically sharp and inventive stuff to come out of the east coast in the 90's, and angry as all hell. This album still kicks ass, even by todays standards, and Rob Proctors blasting puts most of todays players to shame with his crippling intensity. Question for anyone who also has this record; did your copy come with a lyric sheet? Mine didn't. 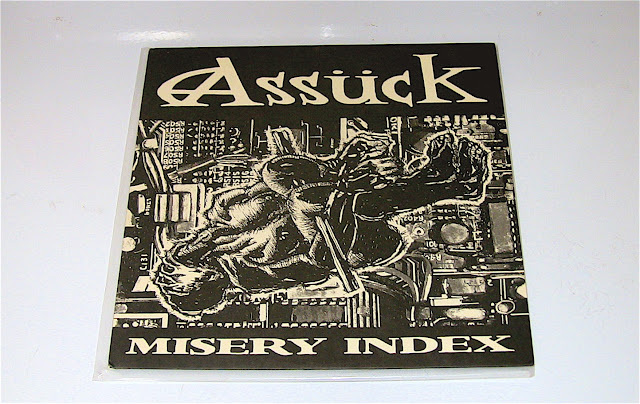 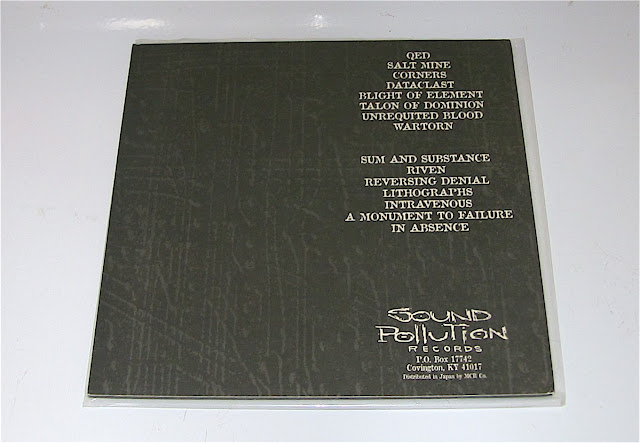 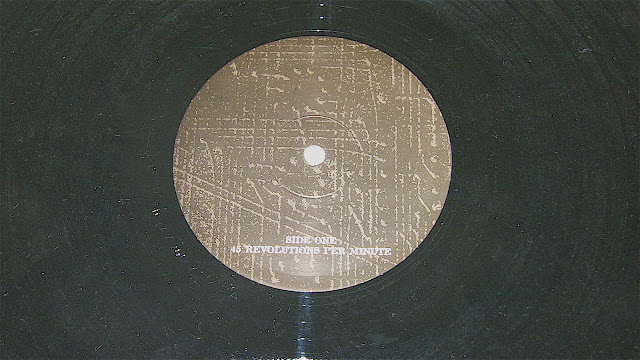 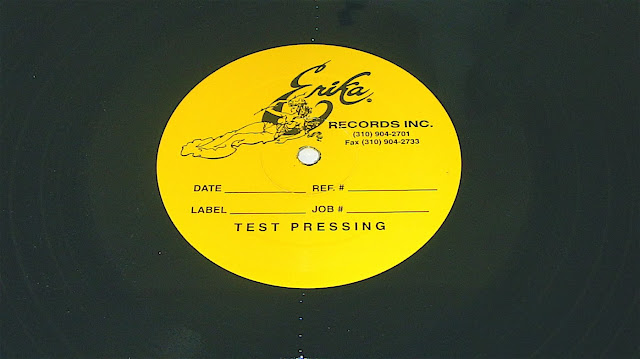