Another new tape from Prime Ruin, and one of my favorite new power electronics tapes at the moment. The latest EP from Lace, a duo comprised of noise makers Weston Czerkies and Valentine Sinclair. A tape simply known as, "Facade". C24 tapes in white shells, limited to 60 copies. 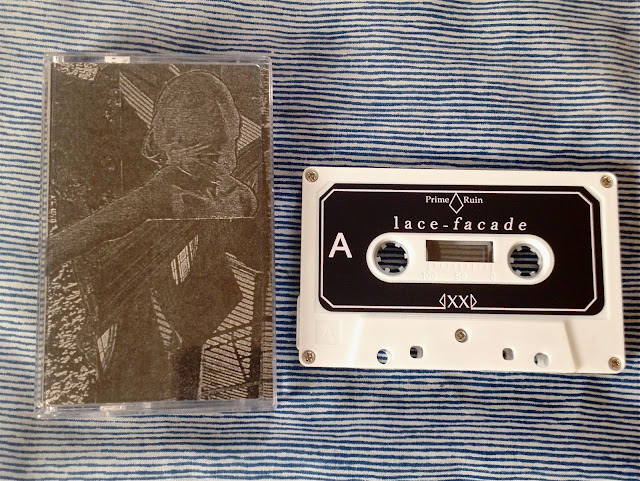 "Facade", a two song offering, uses it's mere 20+ minute run time with an expert level of efficiency. The dominant A-side title track weaves and segways between a multitude of textures and styles. Opening with the stuttering and distorted samples of human chatter, echoed and quickly layered into a wall of delayed distortion and ambient feedback. Eventually more junk metal sounds and the unmistakable rumble of a spring reverb show up. The lo-fi recording is wonderful, totally complimenting the influence of sounds from the early Broken Flag PE groups and 80's extreme industrial. When the flanged vocals kick in, the track instantly turns twice as menacing, and "Facade" turns into a mean and glaring power electronics track. Rumbles of distortion, squealing microphone feedback peaking everywhere, and abused metal crashes. I'm a sucker for that echoed, waved and flanged vocal effect, and the delivery here is excellent. Patient, controlled, only rising in inflection and volume when they needs to. Groups like Ramleh come to mind for sure. The walls of sound eventually decay and leave only the indecipherable vocal samples that started it up. It's a fantastic track, I've played it twice while writing this. 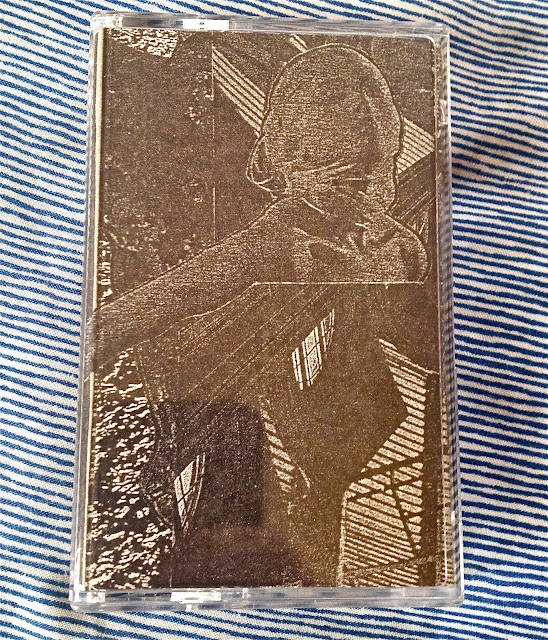 The B-side, "Visual Anonymity" , is an instrumental and a great compliment to it's other half. A much more ambient and chilling track, beginning with slow moaning chants, and murky, dark textures. Mic'd up scrapes and dragging sounds claw their way into the mix, and eventually a wall of cold, metal screeches and synth chords has been built up and has you. The different dynamics here are effective, and don't stray too far away from the brutal A-side. Would I have preferred more vocals? Perhaps, but this song is wonderful regardless. 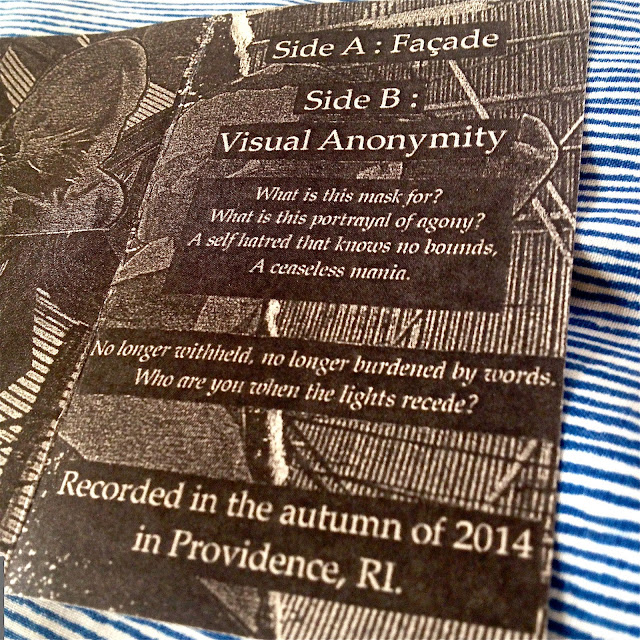 Very tidy layout and printing on the thick 3-panel Jcard. Prime Ruin does a superb job as always. 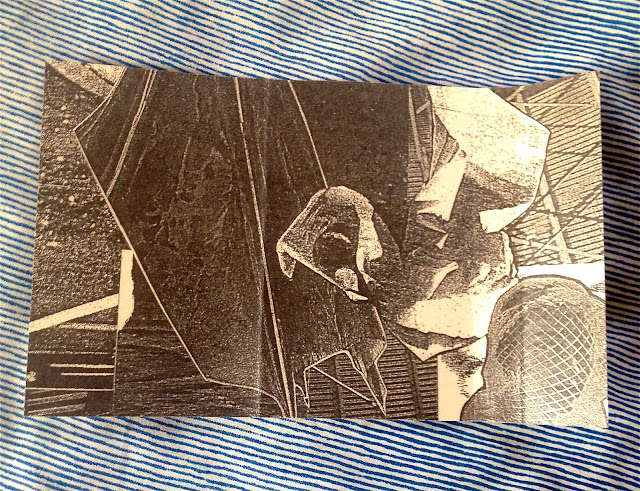 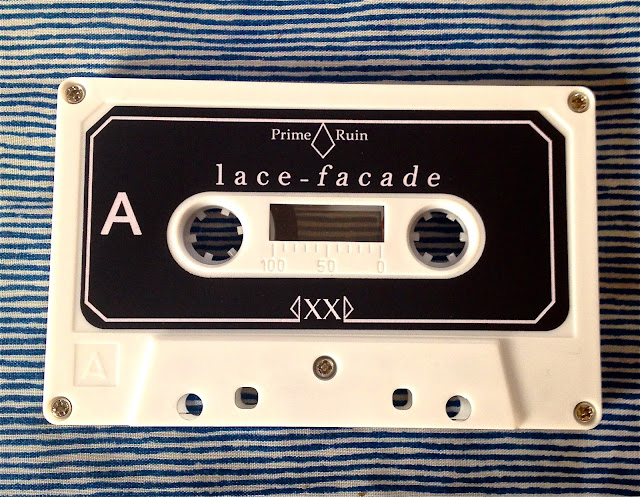 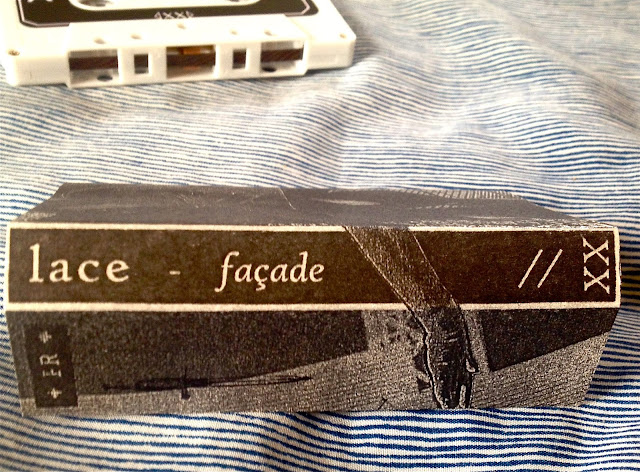 If you're quick, you can still pick up a copy of this tape at PRIME RUIN. Highly recommended!