Last year you might remember me posting about a lil' grind band from Connecticut called Gowl. Their infamous 7" EP, "BLURRR" took my heart and ears captive and was my favorite grindcore EP of 2014. It was a chaotic, suffocating, distorted storm of music. Full of attention grabbing riffs, grooves, and some incredibly fast drumming. "BLURRR" was all around wonderful, and the world has sat patiently ever since waiting for their first full length which was teased about. Before that however, Gowl has given us this new demo tape called "Cutdown". Containing some first drafts of songs from the full-length 10". Which was announced would be handled by Mass Deadening and Grindfather Productions. My copy was generously supplied by the band for a review. Limited to 50 copies on orange tapes. Same songs on each side. 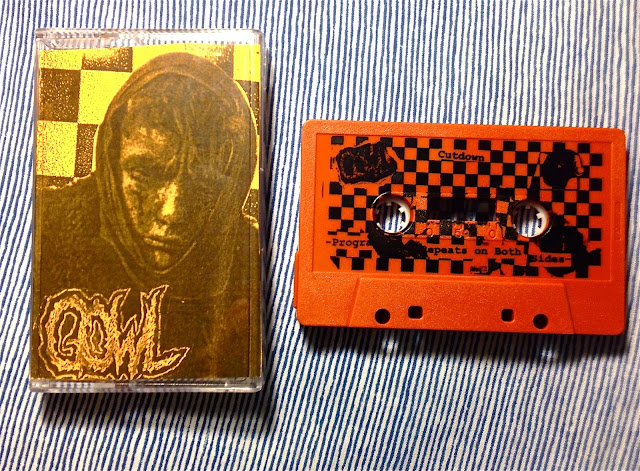 Hopefully this tape doesn't mean that the album will be pushed back a lot longer (though with the overflow at the pressing plants currently I don't doubt it), as this tape supplies a lot of mysteries. No track listing or titles are present anywhere on the tape or online. From what I can tell there are nine songs on here, in just under 10 minutes. Gowl's usual blend of chunky death metal riffs with noisegrind's atonal chaos and frenzied hyberblast tempos still remains, and their songwriting has progressed into longer songs, and even more blasting. Seth's deep roar is more up front and clear in the mix then most previous efforts, riding their own unique pattern.
The sound of the recording really does nothing to compliment these songs however. I know it's a demo, and I certainly am not put off by a raw recording. But this kind of roughness just makes everything sound flaccid. Nothing is loud or overblown and mean. And that being the case, a lot of what's on this tape kind of goes in one ear and out the other for me. Unlike "BLURRR", a lot of the riffs don't have that aggressive punch or addictiveness that rough recordings can give music. It also doesn't help that my copy has a dub that is a little iffy. The cymbal hits all have this flanged/washed sound that's a bit distracting. I do hear parts and songs that I know would sound great with a better recording, so I'm not applying a lot of judgement on the 10" based on the sound of this tape. I do certainly hope it improves though. 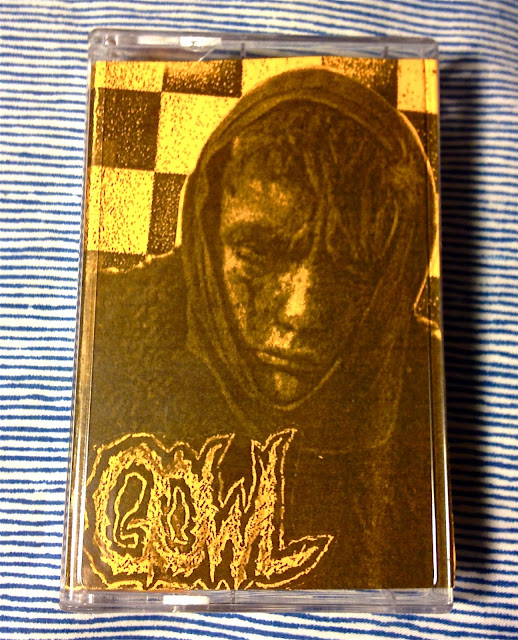 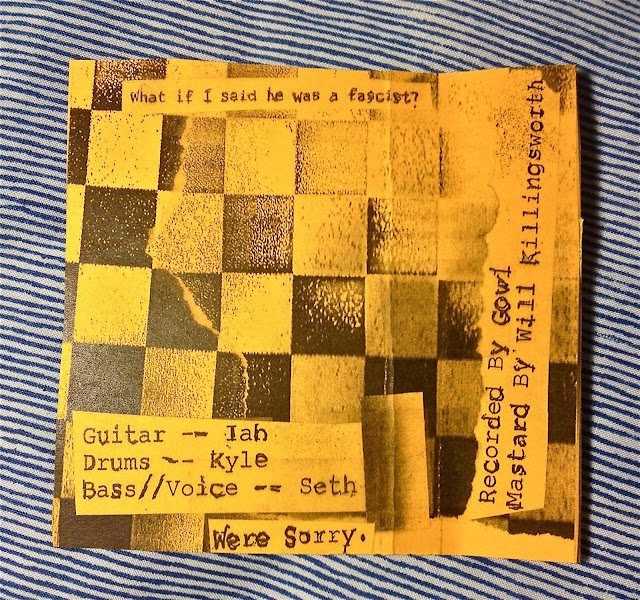 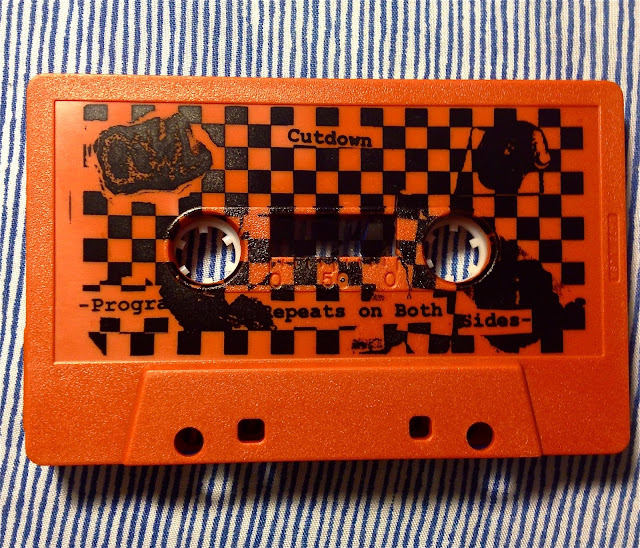 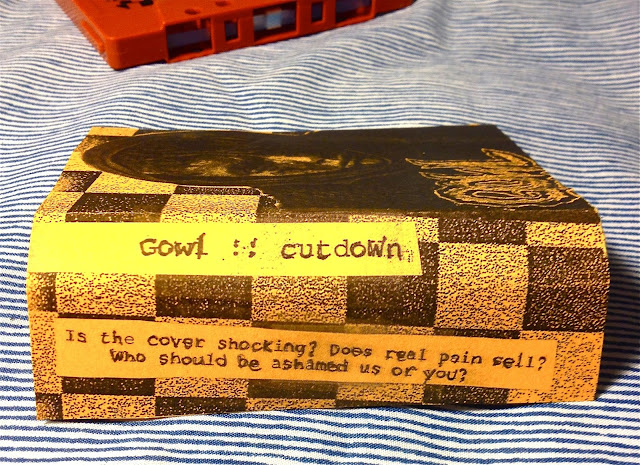 You can listen to a much better sounding version of this demo right HERE, and also find out how to write the band to order a tape. Bring on that 10"!