There's tons of really quality, filty noise coming out of the midwest. Old news to anyone with an eye on the underground. The noisecore genre has grown massively in the past several years, and this tape is a great pairing of some really good projects that have come up. Hypnic Jerk from Michigan, and Horse Meat from Texas. Released in an unknown amount of Strangle and Amuse Tapes. 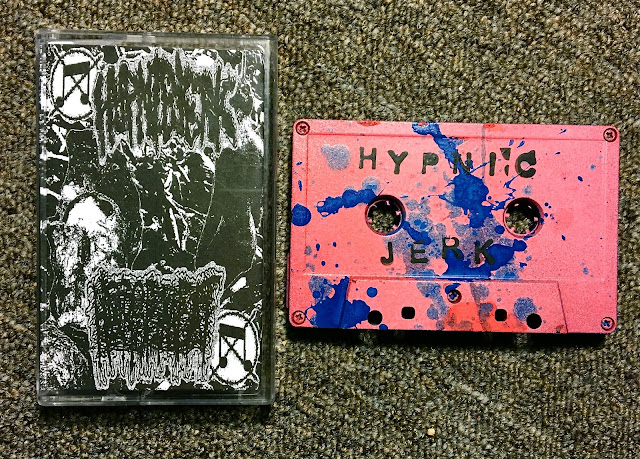 Hypnic Jerk never skimp out on sheer, unfliching brutality. The recording is a blown out bombshell recording, the fidelity is less than zero. It would almost be considered a straight up harsh noise recording if there weren't splash moments of cymbal crashes and strained vocals. Pretty sure during this recording Hypnic Jerk was just a drums and noise equipment due. A different sort of line-up then the usual noisecore affair, and they pummel you with it. Thirteen fast moving, chaotic noise tracks. Insanely harsh stuff for noise creeps. 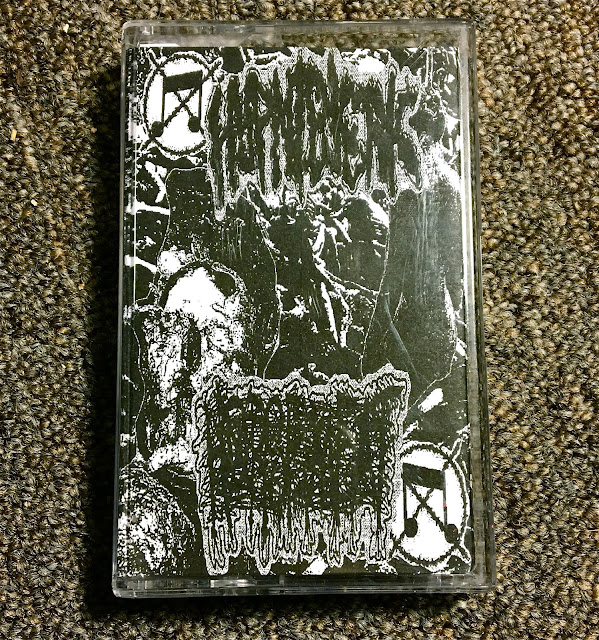 Horse Meat is a solo noisecore project that uses a drum machine, and give another winning recording session on their side. Instantly winning me over with an excruciatingly long, overblown sample from one of my favorite movies, "Basket Case". After about a minute and a half of that, the blasting begins and I loved all seven tracks of it. Kinda reminiscent of 7MON when they used a drum machine, but Horse Meat actually has some parts that do resemble riffs (as free as they are), and don't play microsongs. The vocals are also diverse and fun, going from caveman "ooouurgh's", to cracked screams and some pitch shifted gutterals. Awesome project!! 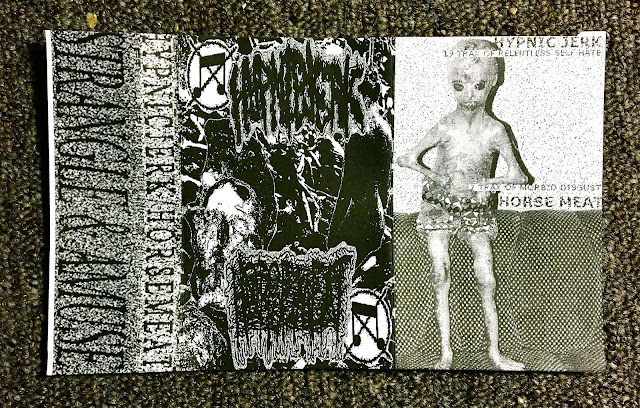 The tapes sound great, and the layout and graphics are perfect. Strangle and Amuse definitely sticks to a solid look with their releases. The painted tapes do in fact play great, and they look dank as well. 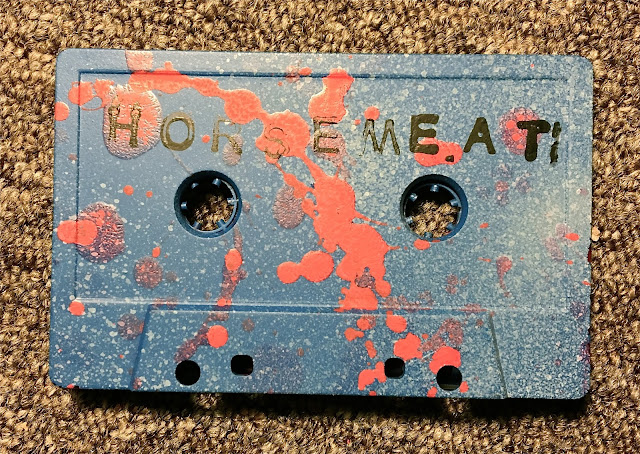 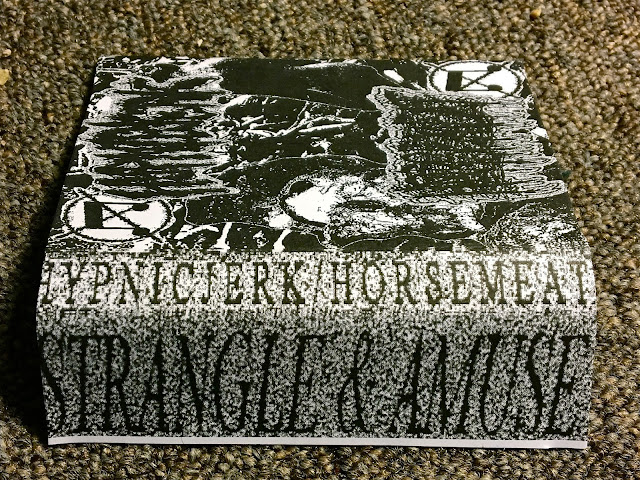 Find this in a distro some where, I believe the label is sold out now. You snooze you lose.