Here's a split that I'm sure most people in the noisecore world are pretty hip to already. Obviously, I just got around to getting it in my grubby mitts. The incredibly mysterious and aesthetically pleasing group, Facepalm Death, have been floating around for the past couple years. I always see friends posting tapes that they've released. Actually, FpDth mastermind Colton Pickles assembled maybe the most impressive noisecore compilation from last year, simply called "Pieces". Still haven't gotten that either. This is the split with Mental Abortion, released on Perverse Taste Tapes and Breathing Problem Productions last year. 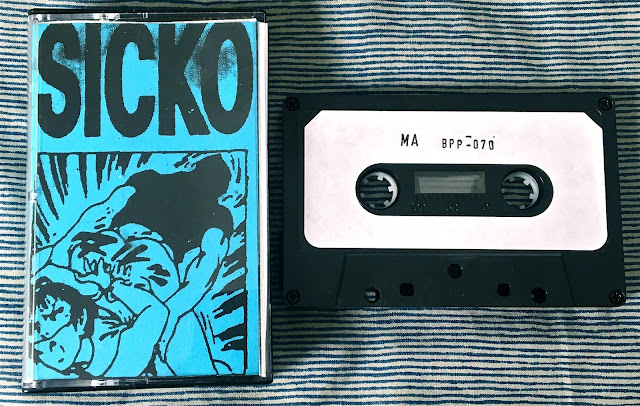 Mental Abortion is a band that I actually really like a lot. They're definitely one of the more impressive and focused noisecore bands (yes, a full band) that has come out in the last several years. Hyper sexual, titillating, and extreme in their subject matter and imagery. Basically what you would get if a bunch of serious power electronics/harsh noise people started making grind, which is what Mental Abortion is. Their side is all recorded from a live show, and it plays out how a standard noisecore set does. Short bursts of blasting and screaming with pauses in between, sometimes so they can say the tracks title, recorded super lo-fi of course. By far the least exciting stuff I've heard from Mental Abortion, but it's serviceable. 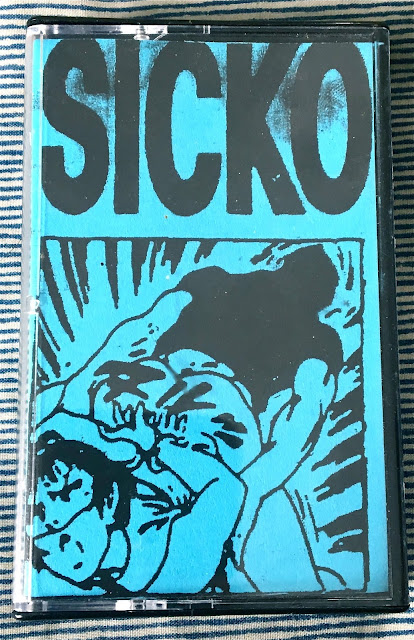 The Facepalm Death side fucking rules! I heavily dug this side a lot; tons of variation in "song" structure and lots of different sounds and tones. Like a mix of Ops-Psf, Traci Lords Loves Noise and Nihilist Commando. Sometimes there's lyrics, mostly for the shorter songs, samples from exploitation movies, and impossibly fast programmed drums that are simple but effective. Noisecore that sort of play's like a mixtape made by someone who lives in a warehouse full of fucked up instruments. Definitely the winning side on this split for me. 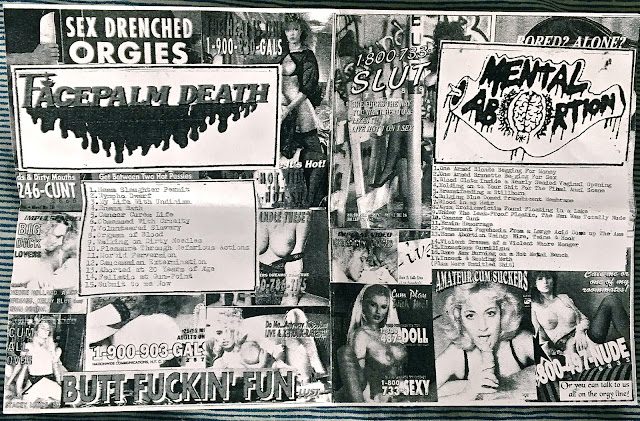 The aesthetic of this tape is on point too. Mental Abortion's sexually obscene imagery takes up a little too much space, but the lay-out and look of everything is super nice. Really good sounding tape too, crispy as hell. 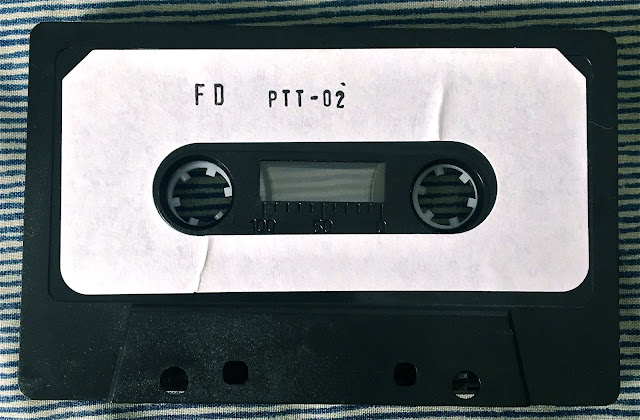 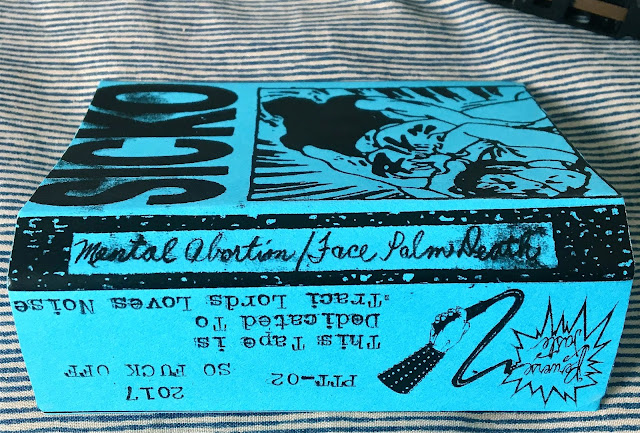