I got to see Disease twice last year in Portland and Seattle when I was on tour. Bruh, lemme tell you, they are a band to look out for this year. A duo from Seattle, WA featuring Jim from Acid Feast/Exogorth and more. Tremendously nice people who know how to lay down true fucking gory and fun as hell grindcore!!!! Both nights they essentially played this whole demo cassette, their only release thus far. It was definitely a highlight of that whole tour for sure. Released in a run of 200 tapes by Nihilistic Despair, Snowbunny Records, and Rain City Grindcore. 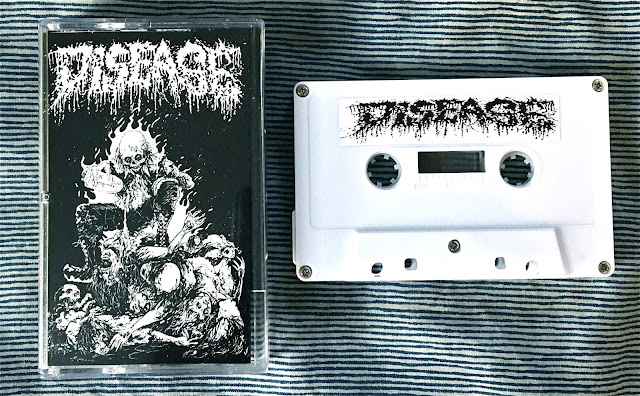 Every once and a while a band comes along that I can only describe as "pure fucking grindcore", cutting right to the chase and just being fast, brutal and fun all at the same time. This demo, which contains a pretty hefty 20 tracks on it, has all the things I want in a great, old-school influenced grindcore tape. The riffs, all of them, are so on point; keeping everything familiar enough but at the same time incorporating a ton of influences from other grind styles. Seamlessly blending in stomping mince riffs, chromatic goregrind tremolo picking, fist-thrashing punky sections, and more. The lack of a bass player isn't all that noticeable, everything is recorded pretty well and EQ'ed enough to make it sound full. The vocals are cavernous and deep, both members supplying their own highs and lows. They also use a lot of very fun and catchy stops and starts, one of my very favorite song writing touches. Each track has it's own life, giving each song just enough variation to make the whole thing an enjoyable listen front to back, but not going "experimental", if you will. I love it all!!! 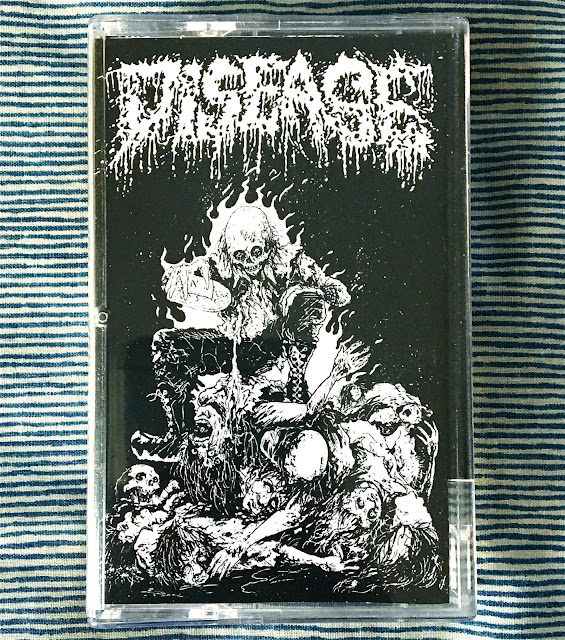 Even before I saw Disease perform the first night, I saw their tape on the merch table and it just screamed "buy me". This tape looks exactly how a good grindcore/death metal demo should look. Great illustrations and a drippy, eye catching logo, I knew I was gonna be into it. The tape dub sounds super excellent as well, everyone did a real good job. 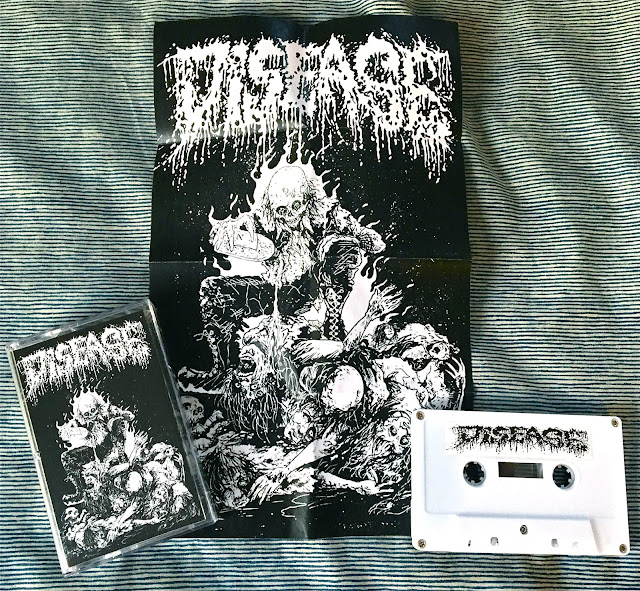 My version also came with a dope mini-poster of the artwork. I'm not sure if every label's editions has this. I'm not entirely sure which label made this one actually.. 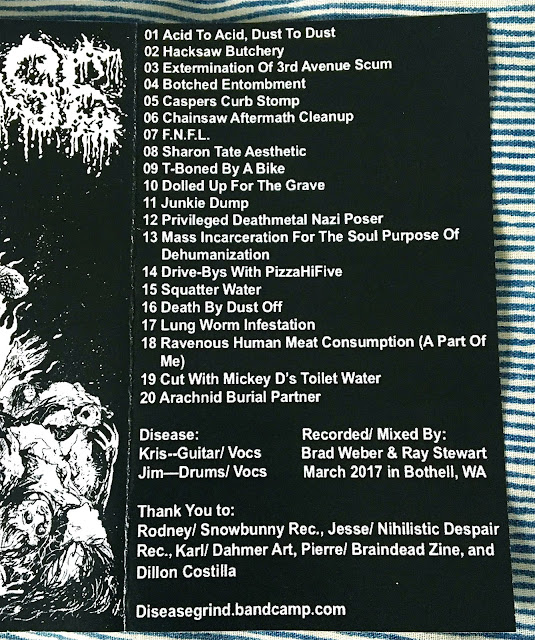 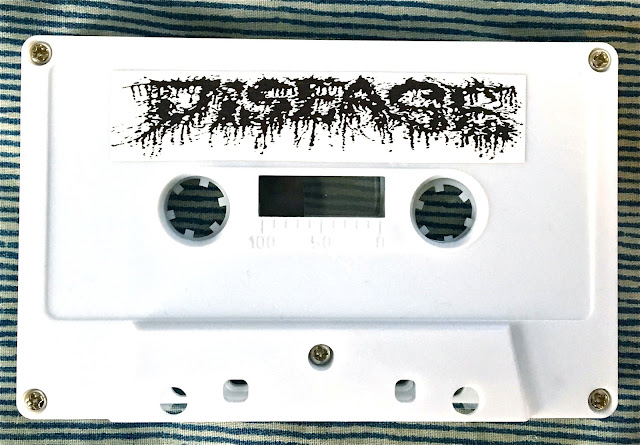 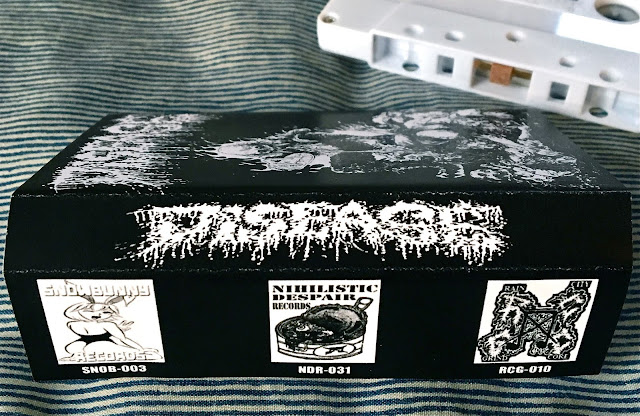 If you see this demo I'd highly suggest picking it up before it's gone forever. Buy or die, hopefully they do a 7" soon.