I bought this tape solely off the Sulfuric Cautery side. I've been pretty slack at getting their releases, but I'm gradually getting around to picking things up here and there. They're definitely one of the more exciting grind bands to come out in the past few years, and hearing about their hyper intense live shows makes me hope I catch them live soon. I had only heard Metastasis and Butcher M.D. by name, but many people with tastes I trust have recommended them in the past so I figured I couldn't go wrong with this tape. Released back in 2015 by Campaign For Musical Destruction, every band is on one side, limited to 50 copies. 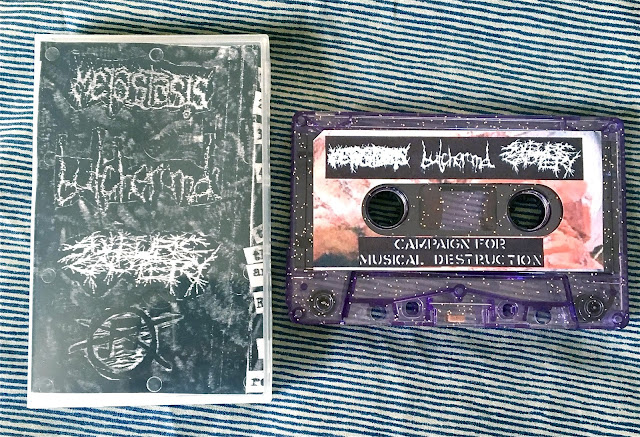 Metastasis is up first; a one person goregrind band that gives us some pretty solid tunes overall, but it didn't blow me away here. The recording is super raw, the snare pops out rather loudly, but the cymbals and guitar have that windy/washy sound that sounds like it was recorded on a bad tape machine. The guitars do have a thick tone sometimes, and the drums are performed pretty well, just nothing spectacular. 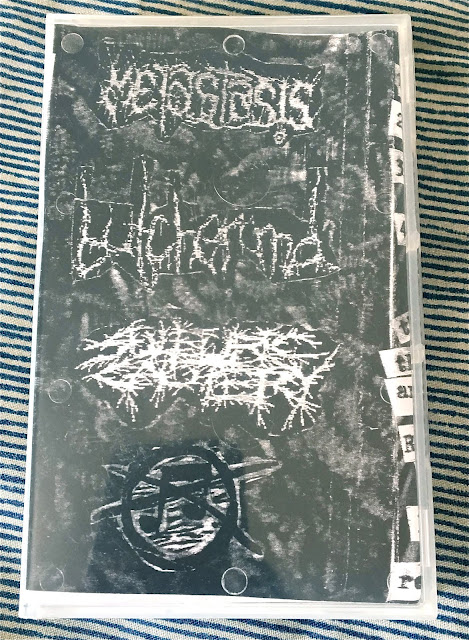 Butcher M.D., a duo drum machine goregrind band featuring Erwin from Last Days Of Humanity, comes up next and instantly won me over. The better recording quality and rapid blasting was like a gunshot after Metastasis. They are actually probably my favorite band on this tape. The drums sound quite good and are programmed really well, with a nice balance of blasts and mid-tempo sections. Super chunky guitar and bass too, it definitely has an early LDOH sound. Super brutal and crushing in all the right ways, I dig it a lot. 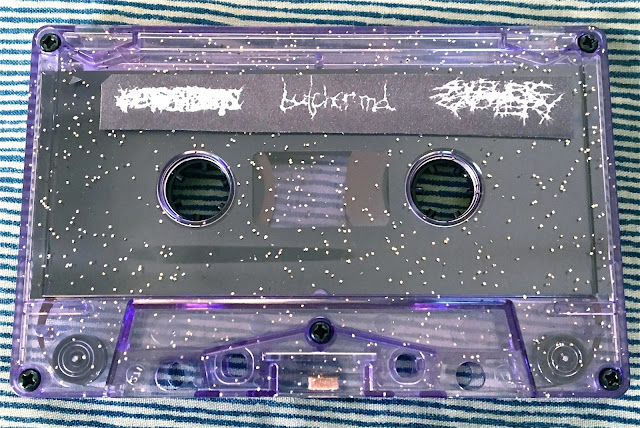 Going right back to blasting raw fidelity, Sulfuric Cautery close the tape out with 4 originals and a Gore Beyond Necropsy cover. I'm heavily fascinated by just how extreme these dudes take grind, the speeds these two reach is just massively impressive and exhilarating. Their songs are almost exhausting, but catchy at the same time. At this point, S.C. wasn't even really doing that much with the gravity blast/hyperspeed blasting like on more recent recordings, and it's still fast as fuck. The guitars are a noisy, blurring mess, but there is obviously a structure to every song. A rad batch of gore/noisecore blasting craziness, can't wait to hear more.

The J card is a photocopied and multi-paneled, the layout looks nice and rough. The tape sounds really good too, all the tape his or washed sounds only comes from the bands own recordings. 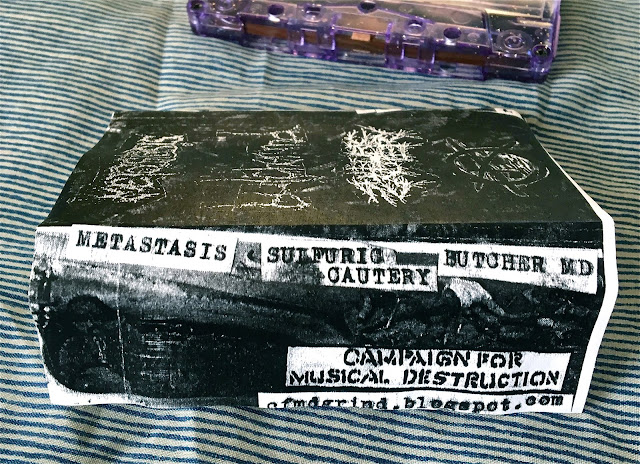