A beautiful, large haul of great tapes landed in my mailbox today. Finally got my hands on some pieces I've been after for a while. This split in particular is one I was looking forward to getting the most. My appreciation for both of these brutal bands has been written on this site in the past. Here is the Deterioration/Gastroptosis split cassette, released on yellow tapes by Shattered Dreams Productions in 2016. Probably in a run of 100, give or take. 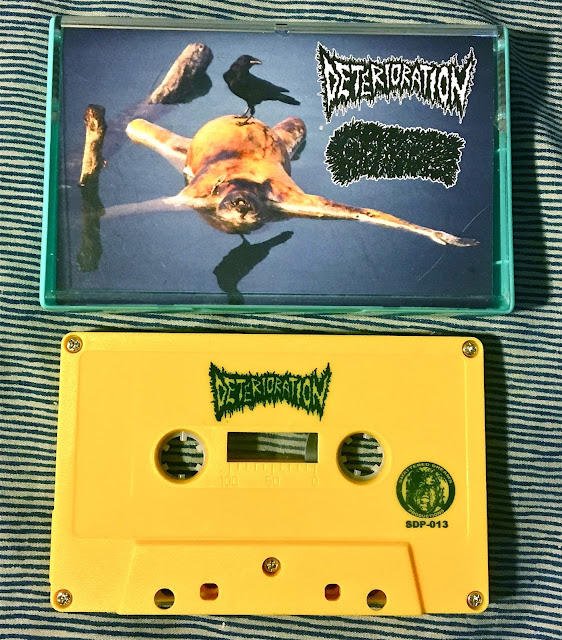 This is some of my favorite Deterioration material, all killer no filler. Kind of "duh obviously" description for their side, but the 4 songs they contribute are a smidge more ear-wormy than most of their split material. Brutal, hyper blasts with tons of catchy cymbal accents. It sounds ruthless and rageful, like someone threw an extra bit of pepper in the sauce. I love the riff at the end of "Fucked Up Device" that progressively gets slower and chuggier. Great stuff all around, Deterioration always keeps it crispy. I'm pretty happy that they did a split with one of Chris Tapo's endless amounts of goregrind bands. 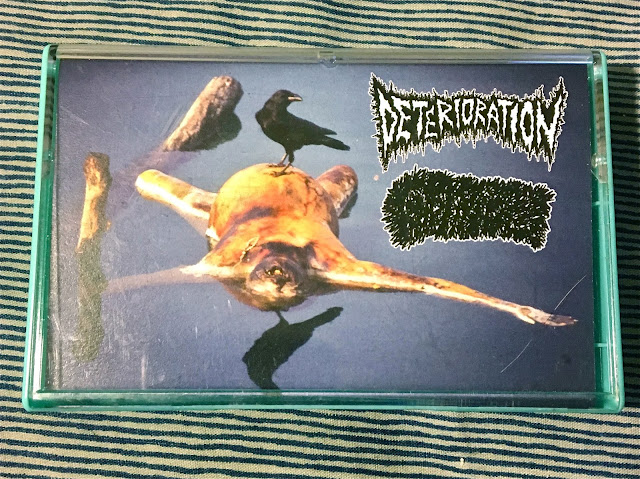 Speaking of which, lets move on to Gastroptosis. One of my very favorite projects from Arizona gore master Chris Tapo. Anything involving Gastroptosis, I'm instantly on board. Genuinely angry sounding and gargantuan goregrind. No one can program some brutal drums or roar into a pitch shifted microphone like this guy. These tracks were made pretty shortly after this project started releasing stuff if I remember correctly. Nothing but quality sounds on their side too. One of the best crafters of goregrind/gorenoise doing stuff right now. 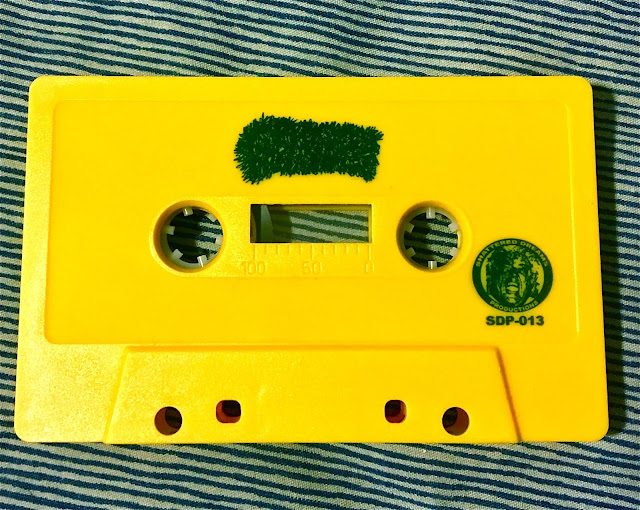 As can be expected with all Shattered Dreams Production releases, this tape is all pro. A wonderfully vibrant yellow cassette with padded logo's on each side. The J-card is full color and sturdy, and the cassette case is even in a nice, seafoam blue color. 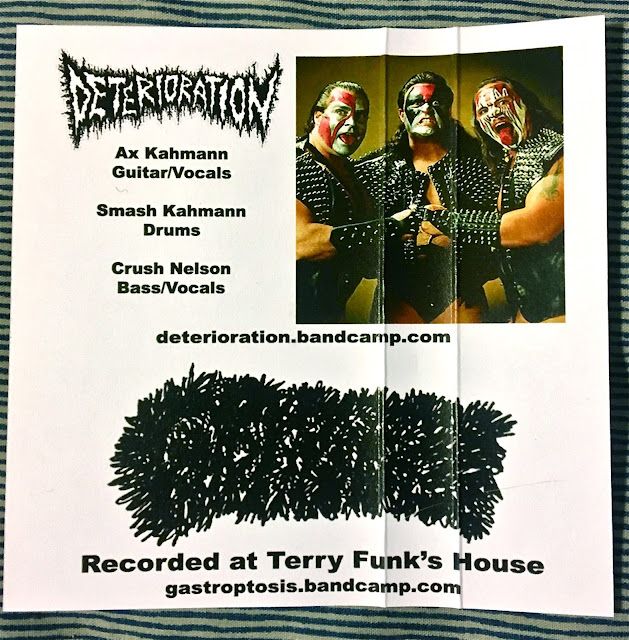 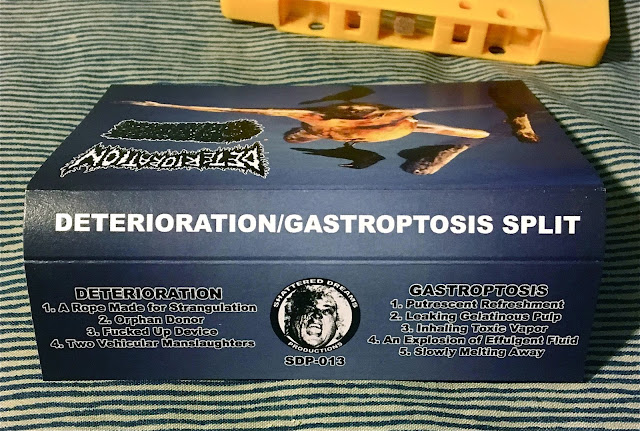 This also was released as a 3" CD-r, but good luck finding that one. I think there was only 28 copies made. I'm definitely keen on snagging that too, haha. It's a sickness what can I say. Anyway, this is a great split and I recommend it, duh.