A couple weeks ago while I was on tour, my buddy Ben slipped me a copy of this here tape that he helped release on his label Craniophagus Parasiticus Records. Later on the trek, while we were all chilling in Chicago, this tape was put on in the background. Amongst the clatter, hilarious conversations, and heavy intoxication, the music on here went straight to my ears like a heat seeking missile and I was blown away. Now officially released (also by Septic Brain Tapes and Misanthropic Ignorance), here's the Cystgurgle/Vomitoma split tape. 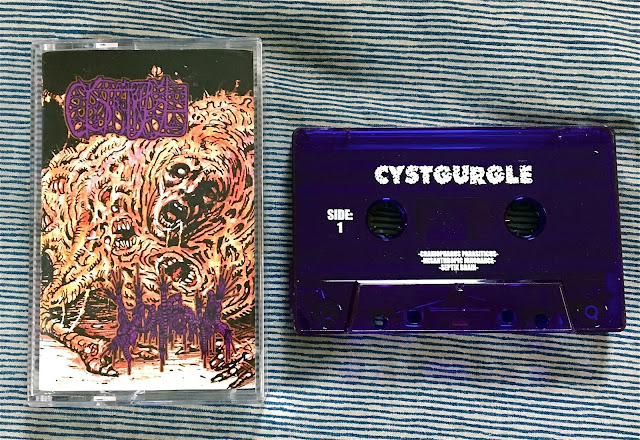 This split is wet, brutal, hyper blasting gore to the limit! Everything I love about ridiculous goregrind is on this tape, it's all just so good! Cystgurgle, a drum/bass duo from Thailand, are up first for a crushing A-side. This was my first exposure to them and DAMN, this shit is boiling lava hot. This is that supremely fast, super tight, Inopexia/LDOH-style goregrind right here. The drummer is absolutely insane (yes, these are real drums), everything is just impossibly fast. This is one of those rare times where a professional recording actually made this sound a lot better than it would have otherwise. The kick drum and snare hits are pulverising! Same with the vocals and bass, there's obviously credit due there. The bass is a little whishy/washy sounding, I would have liked it a little more pronounced, but when Cystgurgle are blasting away I don't really have a complaint at all. I could listen to this every day! 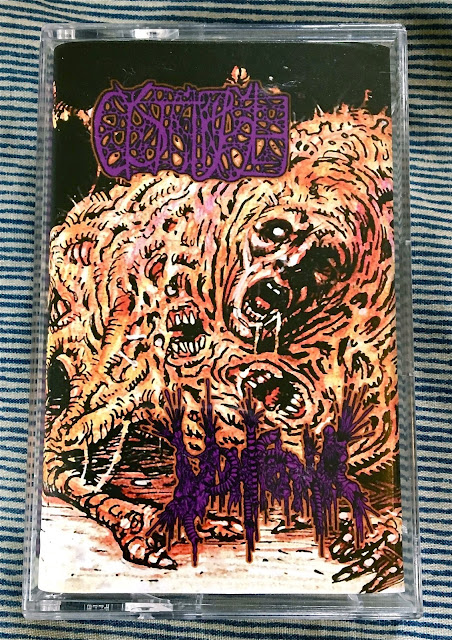 Vomitoma should need no introduction to people who know gorenoise/grind. Now on it's 10th year, the Vomitoma project has no signs of slowing down, and apparently will only release recordings with real drums now! On this split, the drums were supplied by Adrian from Putrefuck, who does a pretty great/appropriately sloppy job. This whole side is just disgusting, as anyone would expect. Jen's toilet water vocals are some of the best in the game, it literally sounds like the noises melted, human viscera would make going down a rusty drain. WHile the impactful speed and viciousness of the Cystgurgle side isn't quite matched here, the dirty/medical atmosphere on Vomitoma's half is on another level. This is that kind of gorenoise you want to listen to when you want to watch sketchy internet dissection videos, just fabulous! 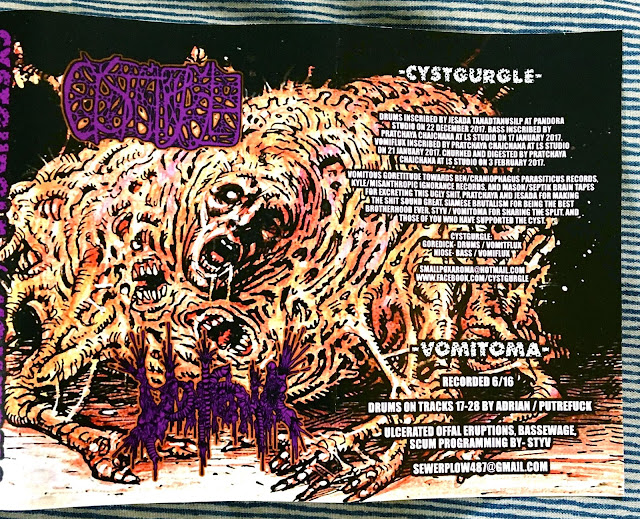 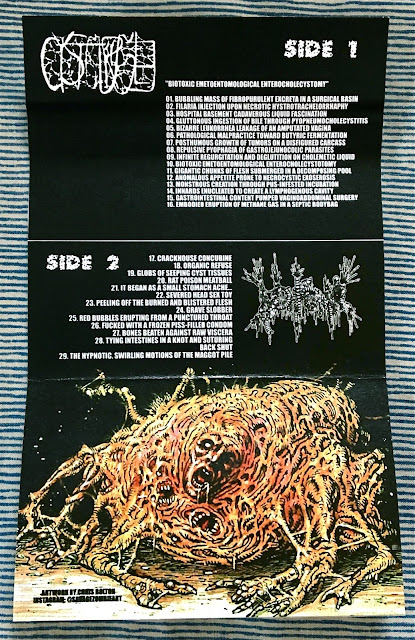 Everything about this tape was done 100% pro, and it completely looks and sounds that way! The dub is crispy, loud, and certifiably dank. I'm super happy for Ben for helping put out such a beauty! 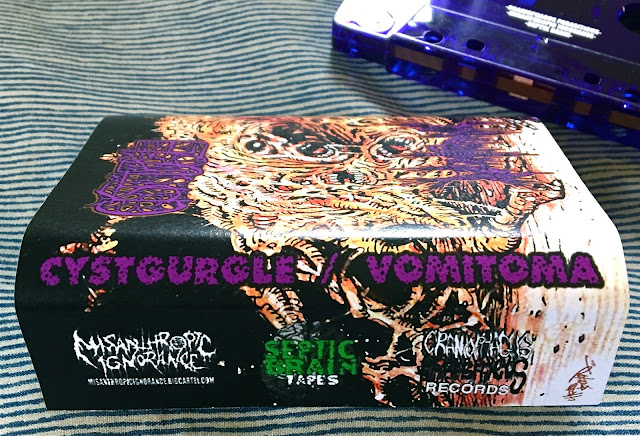 Any of the labels I linked above should have this available. Don't skip on this, it's my favorite tape of the year so far!