We Out Here Doin Bad Shit

This was a tape that caught my attention towards the end of last year, and it really stuck with me even though I only visited it a few times online. In the noisecore world, a band or project like Cuck Dirt doesn't pop up all that often. Nor does any band with this kind of blatantly goofy aesthetic, end up being this good. "Cucked To Death" was released by Uninvited Records, a tape label that everyone who isn't a goddamn coward should support. A total of 40 copies were made. 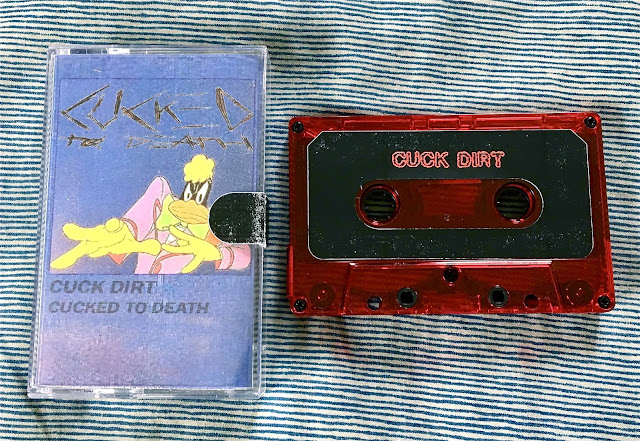 Maybe it's a little off to call Cuck Dirt noisecore, since the songs here do seem to have a little bit of extra thought put into them, as opposed to the usual improvised short blasts. This is more of a Sissy Spacek/Nihilist Commando/Beggin' For Oxys type of band. Sharp and intense song composing/lyrics and an energy level that doesn't let up. There doesn't seem to really be any sort of guitar or bass on here, just blown the fuck out drums and super intense vocals. I mean, there's definitely a lot of noise, especially towards the end where this super distorted and deep bass frequency shows up. But for the most part, Cuck Dirt makes a lot of racket with seemingly the bare minimum. 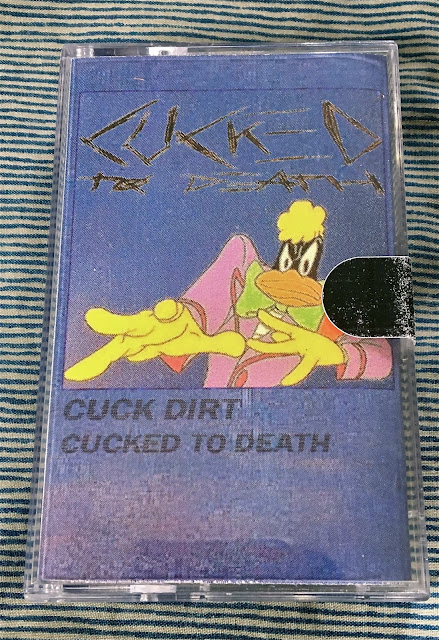 The band name aside, Cuck Dirt does not seem to have a real overt political message. All the lyrics are just random non-sequiturs. Such as having a local Dollar General that doesn't stock Jolt Cola, doing drugs, and maybe one of my favorite song titles in recent times; "A Picture Of Edward Scissorhands But It Just Says 'Edward Hands' And Instead Of Scissors He Just Has Normal Hands". Almost every song is kick started with a fitting sample, and I can't pound in enough just how well composed everything is. The whole EP flows fantastically, starting aggressive and ending with a gargantuan amount of sound, and using a ton of varying tempos, and heavily engaging vocals to keep the momentum high! This tape just slaps, end of story. 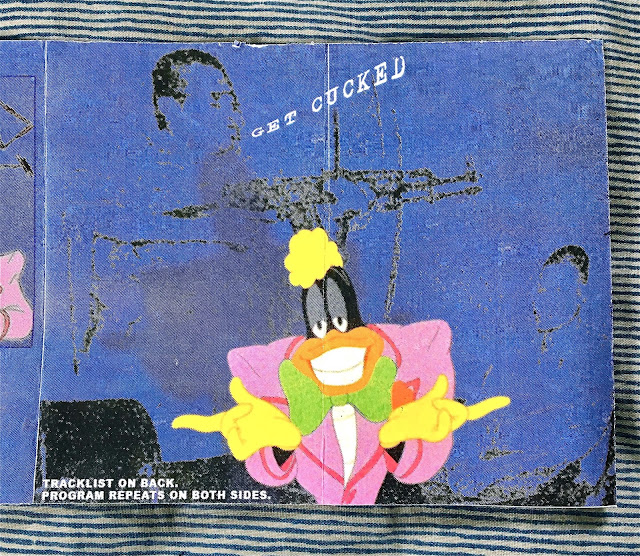 Another wonderful product created with tons of love and care by Joe and Kayla of Uninvited Records. The label just does fantastic work, and Joe is one of the realest and most genuine people supporting noisy shit. No complaints at all with this tape. 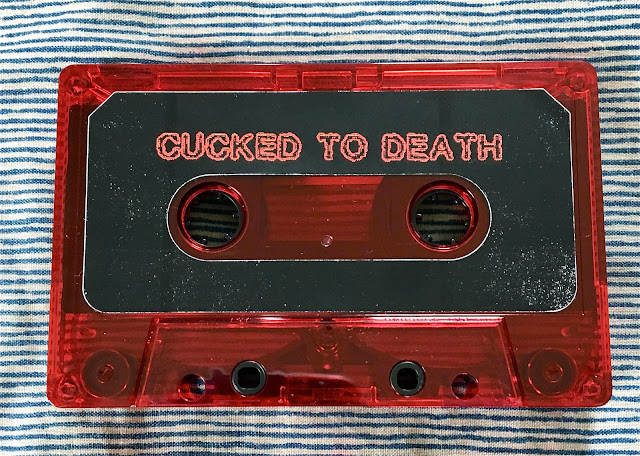 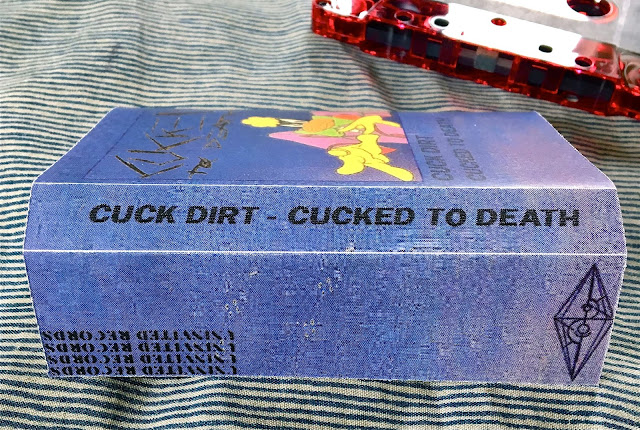 Definitely click the link at the top of the post and check this tape out. I sincerely hope there's a follow up release for Cuck Dirt.