I recently made a purchase that I never thought I would be able to make. It's a big one, I've been after this tape ever since I got into Seven Minutes of Nausea. The legendary split cassette with the Brazilian grindcore band Necrose. Released on Sem Nome Tapes in the mid 90's. They're all hand numbered, I'm not sure how limited this was. 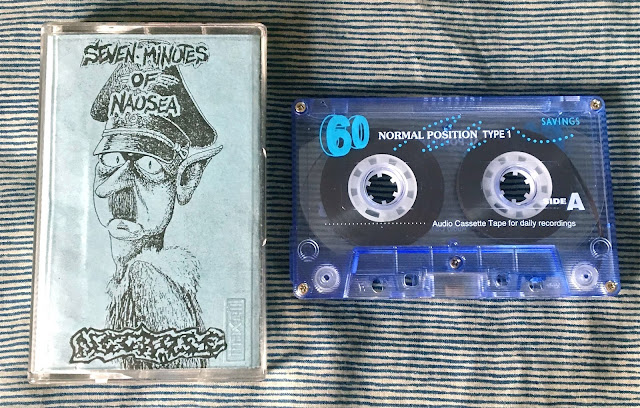 This was one of the very first 7MON recordings that I got to hear, thanks to good ol' Youtube. It was pretty instantaneous love for me, it's everything I was looking for in fast music at that time. The drumming, the way the drums sounded and the no-fi fidelity of the whole thing was intoxicating. I still can't figure out how the drums are really being hit, to this day. It's like a Crass drum roll mixed with a blast beat. The way every song was just a sudden, sharply edited burst of noise with the gnarled vocals of Mick. This recording is a definite stand-out in their discography.It's up there with the true classics like "Thrashbora" and the Sound Pollution split. Just a constant, raw and crushing blast of short song brilliance. One of the last really, really, really great ones for a while.  I just really wish this came with lyrics. None of the 301 tracks have titles or lyrics, which is unusual for them. Regardless, it's a ripper, total perfection. 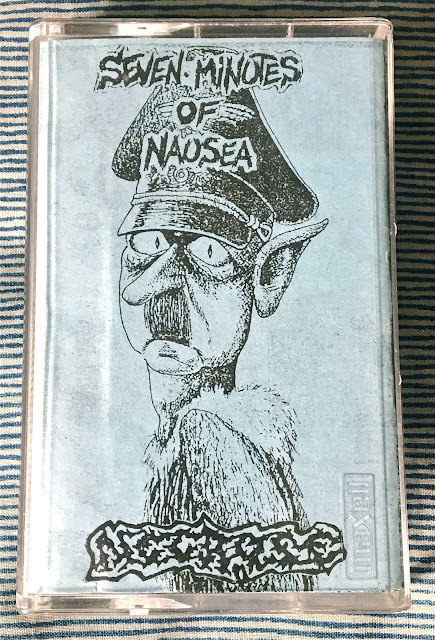 Necrose was a fairly prolific grind band in the mid to late 90's. I'm honestly not very familiar with their material outside of this tape, but the 26 tracks on here (three of which are covers) are very nice and gross. Primitive, raw riffs and playing, but it's just so damn pure and earnest. There's a big Celtic Frost tinge to the riffing, definitely lots of good ol' metal influence here. The drummer is just slamming away as fast as he can, you can feel how hard the snare is getting hit. The vocals are totally putrid and gargled, the mic was cupped for sure!! This is the kind of raw grindcore that's easy to make, but hard to pull off in a captivating way. The urgency and punk as fuck attitude this band has make the songs a lot more powerful. I definitely find myself going towards the Seven Minutes of Nausea side, but that's not to say Necrose's side should be ignored. This is quality primitive grindcore!!!

Great layout on this, doubled sided with a very tasteful blue tint. Again, I just wish there was a 7MON lyric sheet. 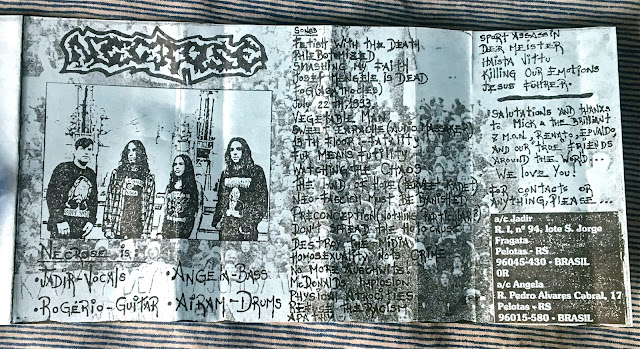 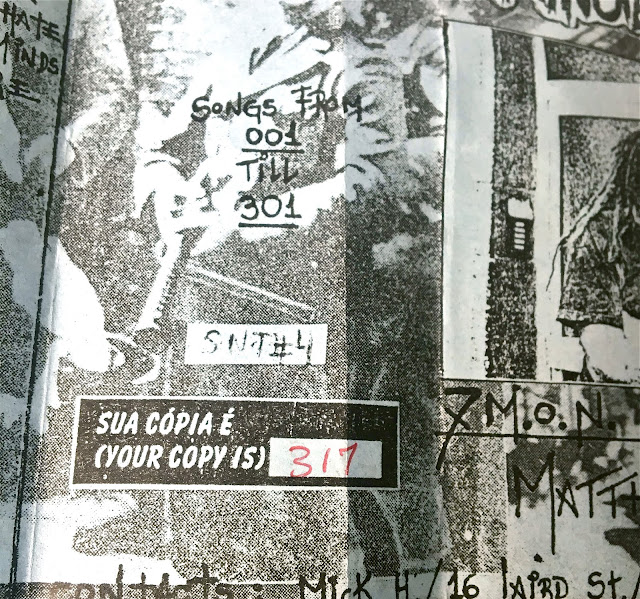 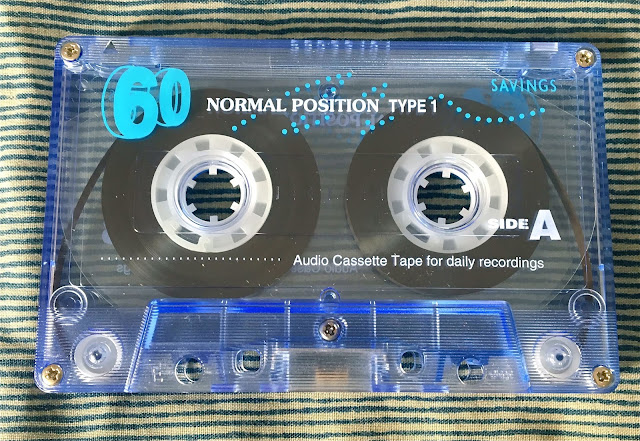 If anyone one else has this release, I'd like to know what your cassettes look like. Both sides are dubbed quite well, I got to say. 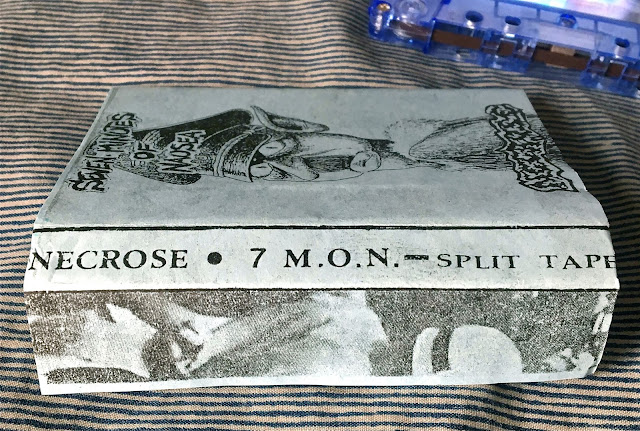 Who knows when I'll ever be able to find another 7MON cassette split. This thing rules, having it makes my life a little more fulfilled.