Priapus's first vinyl release on another label! I've always been so curious why these guys have never been scooped up by some big money support. Great guys and tremendous musicians, always delivering tech grind of the highest quality. This is their split 7" with Intheshit, released by Give Praise Records a few months ago. All copies are on black vinyl, 33 RPM. 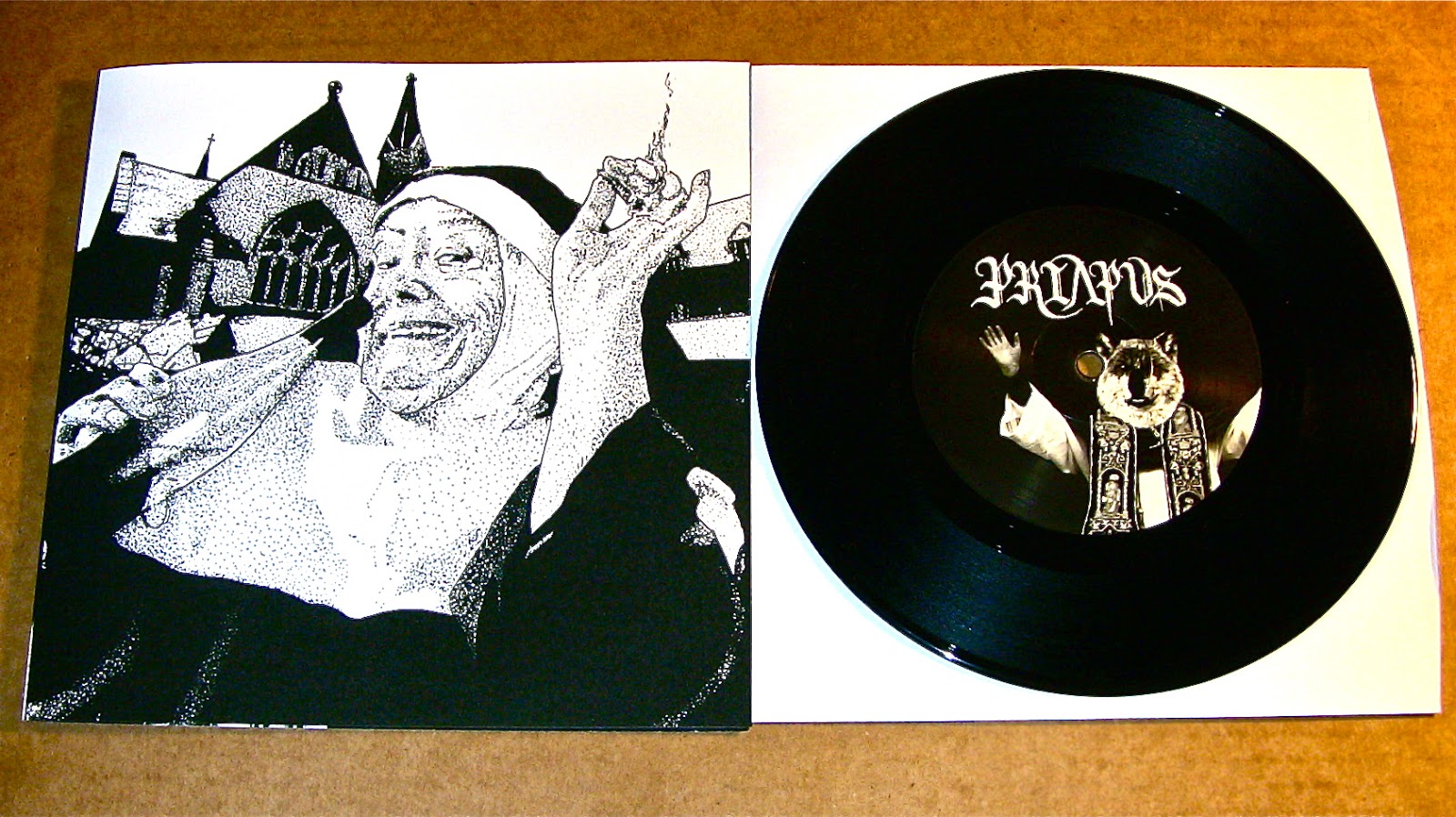 Intheshit take up the A-side with 3 new tracks. These guys have been around for a few years, I have a tape of theirs that DIY Noise put out a while ago, but haven't kept up with them much since. I believe their's been some line-up changes and what not. The have a very different sound now then from what I remember. Much more chaotic and frantic, bordering on noisegrind honestly. Reminds me a lot of most of Last Days of Humanity's recordings; waves of low end distortion and gun shot snare hits gutting through the thick mess. But with a rough sounding hardcore vocalist instead of gurgles. It's not bad, it's actually better the more I play it. Priapus give us 2 new tracks of finely crafted, spotless, guitar player jizz flowing grindcore. Absolutely flooring stuff, definitely their heaviest recording. These two songs are some of their best tracks so far as well. Tons of archs, power slamming grooves and ridiculous fretwork exercising blast riffs. This is how you do technical grindcore. If you like bands such as Malignancy, Maruta or Noisear, check this band out. 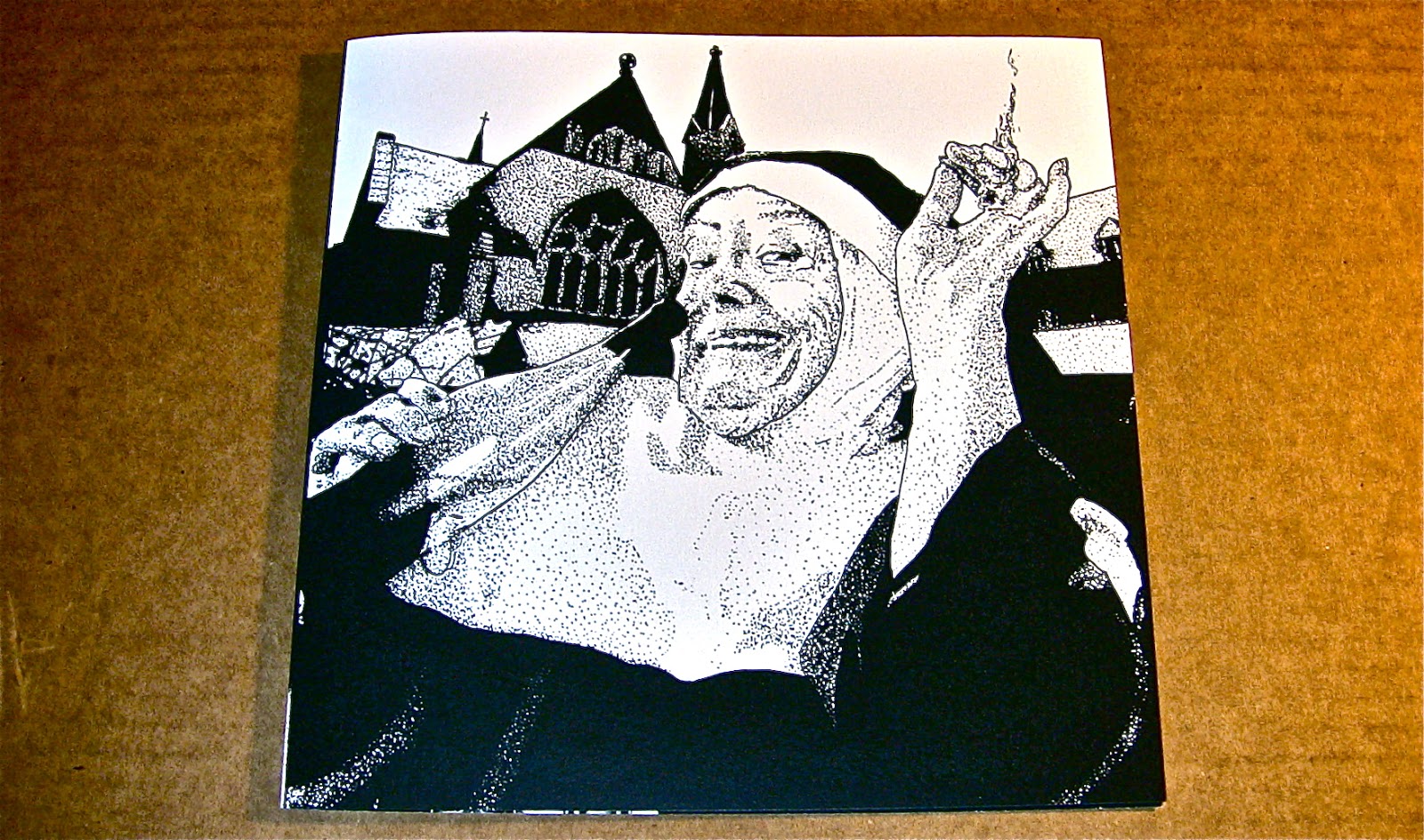 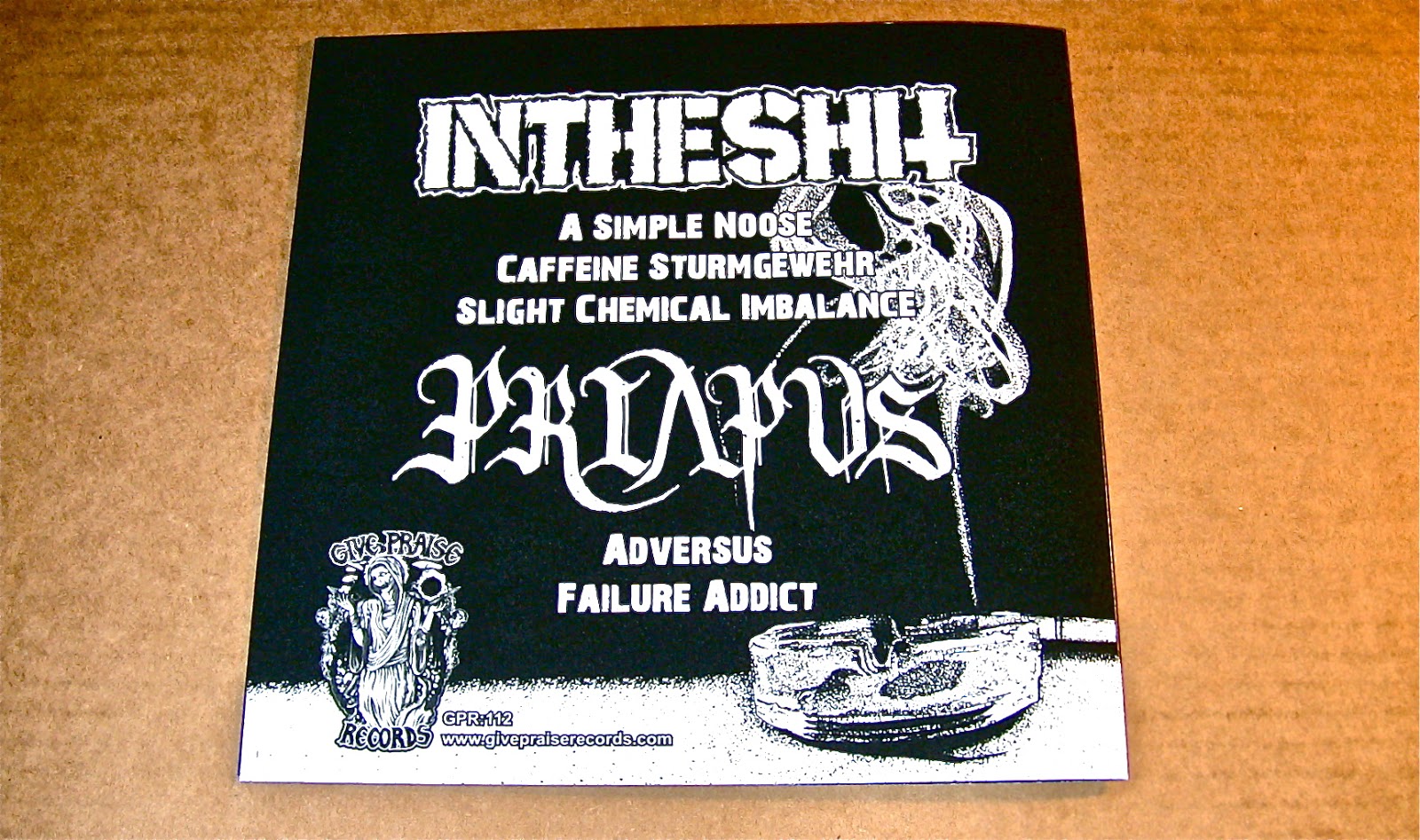 Good packaging on this one. The cover sleeve is printed on very thick paper, it kind of has a hard time folding flat, but man is it sturdy. Very clean black and white printing too. 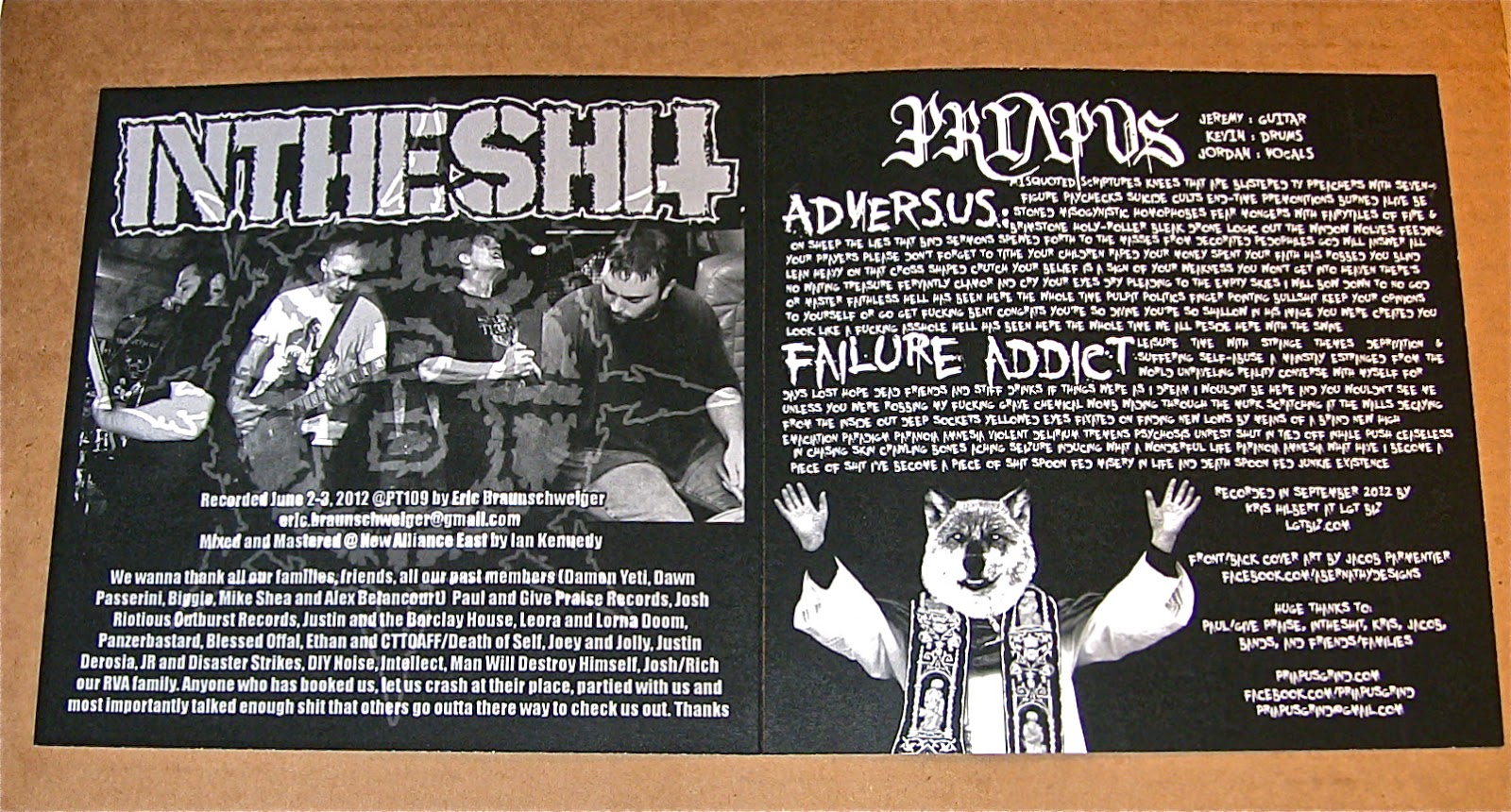 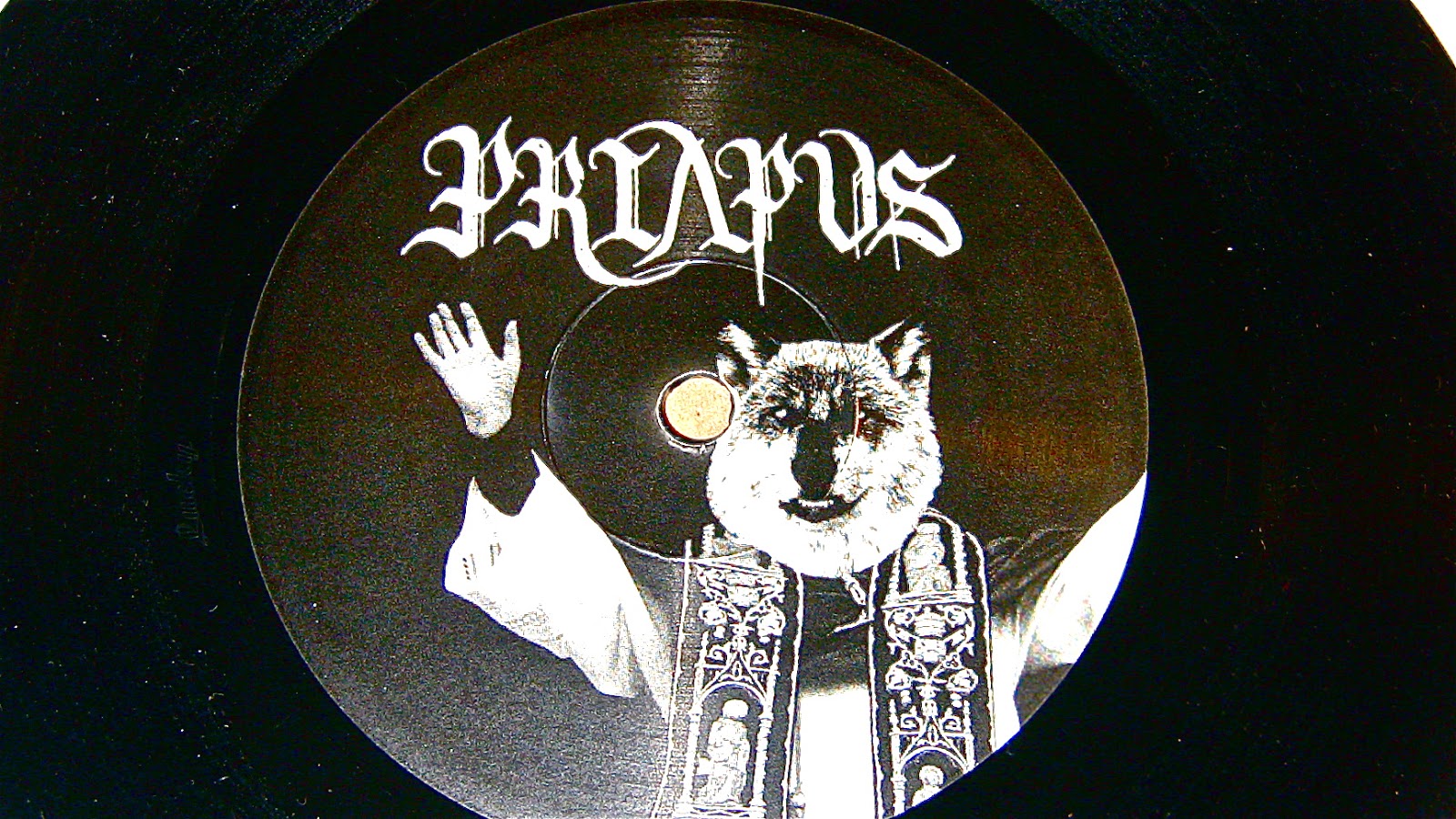 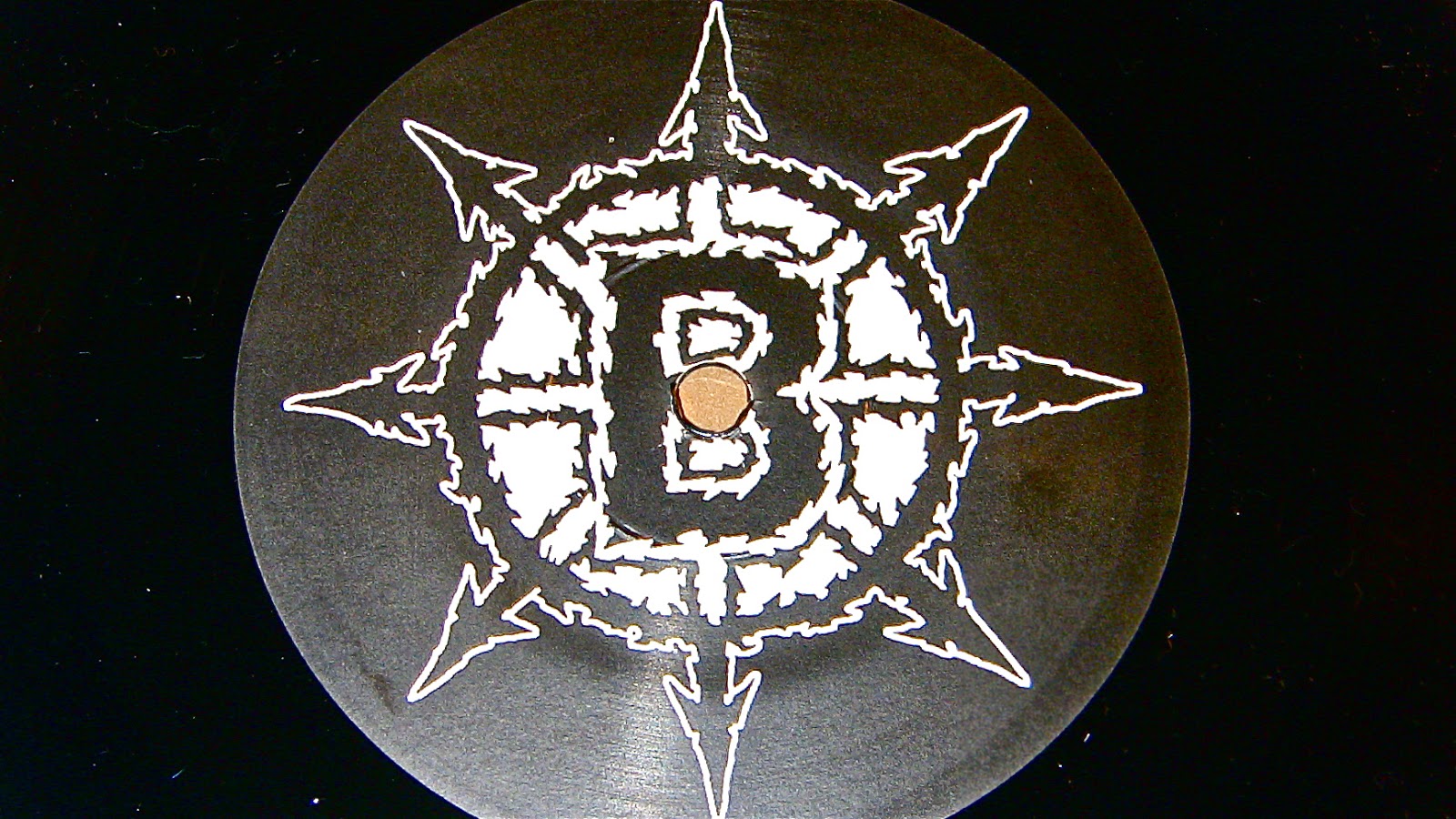 Buy this!! Intheshit put out another EP this year as far as I know, and Priapus are recording for another split or EP.