It's pretty much a given rule that if you see some Iron Maiden wax, you have to at least strongly consider picking it up. And I, being a total sucker for anything involving their first 5 albums, couldn't pass this pretty looking single up. "Flight of Icarus", off of the album "Piece of Mind". Not one of my favorite Maiden songs, it has some particularly goopy, cheesy parts that I can't help but smirk at. It's a typical mid-paced ballad from the band. I've wanted a picture sleeve single for a while too. The B-side is a cover of Montrose's "I've Got The Fire". It's a bluesy, hard rocking song, sounds pretty Deep Purpley, not bad. 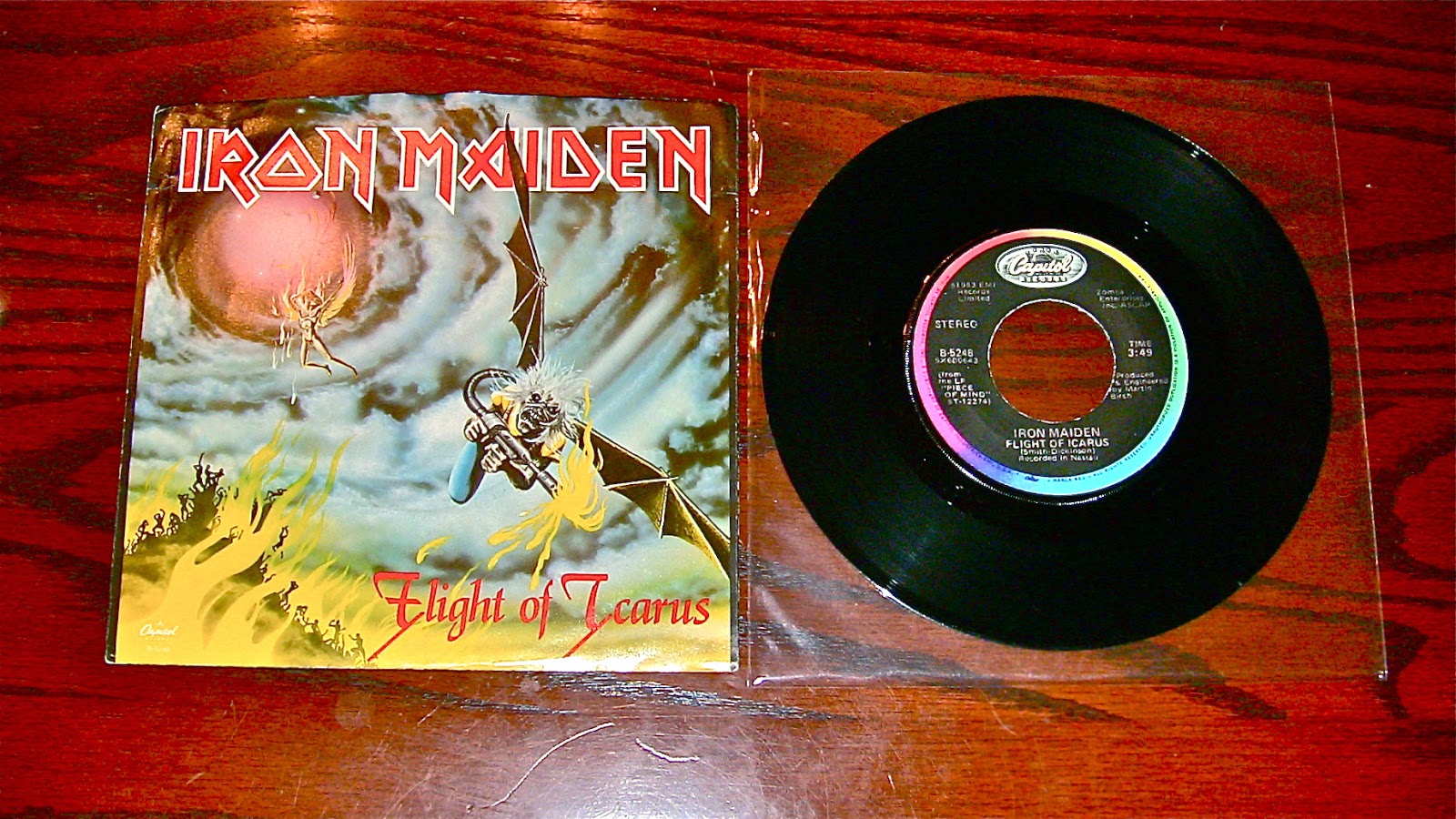 I know Maiden collectors like to get super nerdy about variants and imports and all that, so I'll indulge a little bit. This is just a regular American Capitol records pressing. Nothing special, could find it pretty easily. 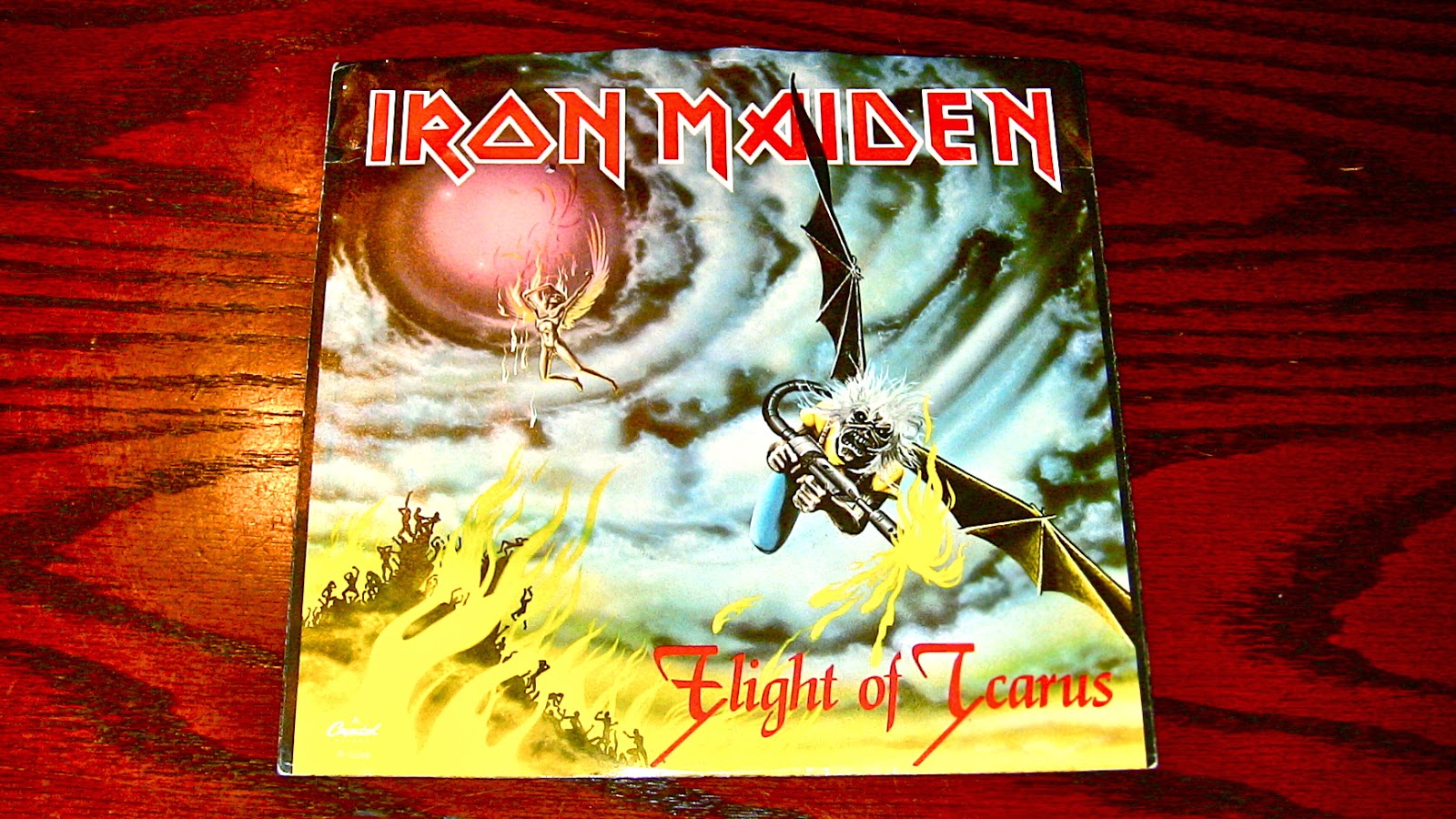 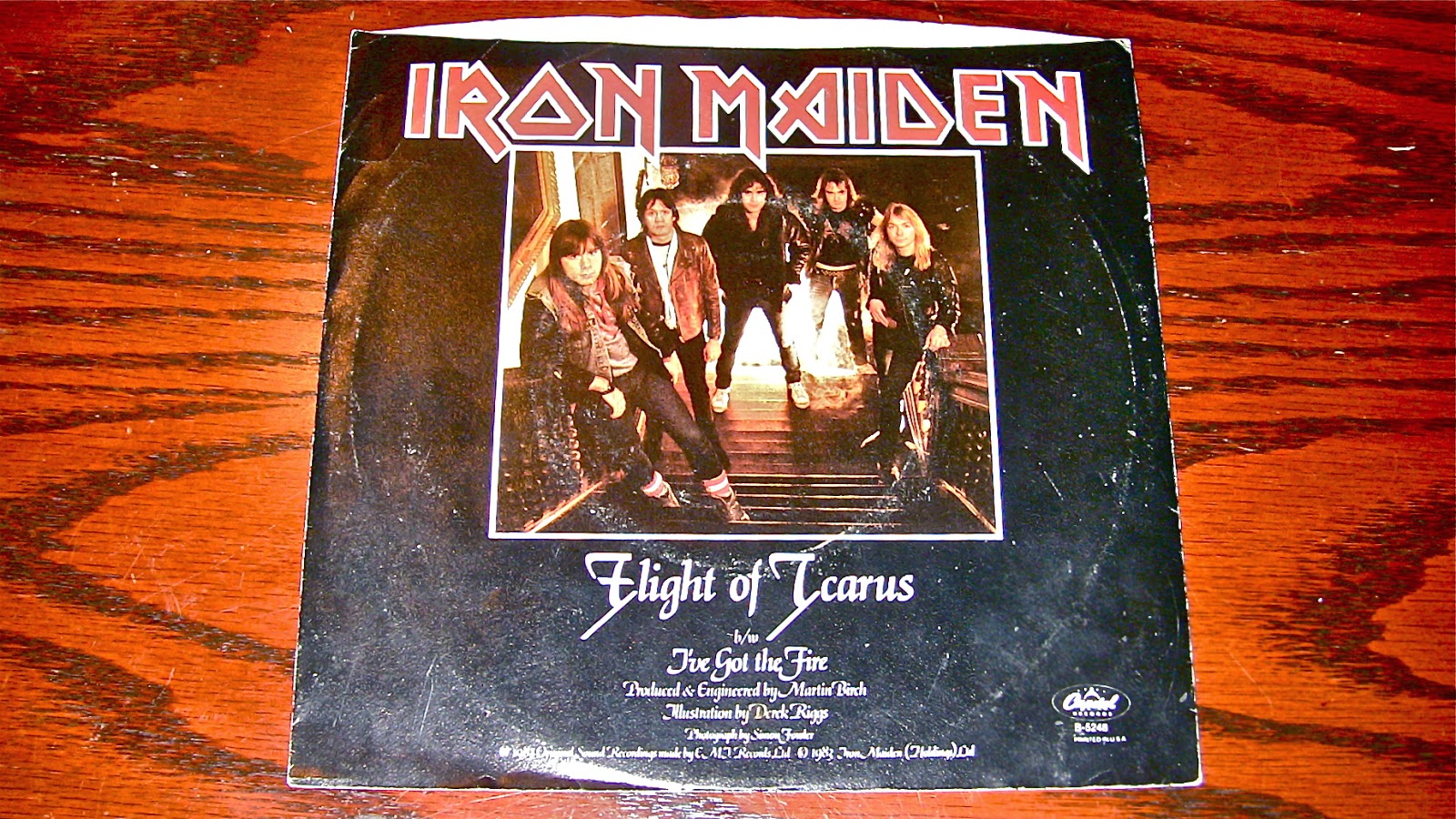