The recent addition of Buffalo, NY's powerviolence champions Water Torture to next years Maryland Deathfest is a huge HUGE deal to me. Very happy to see these guys, buddies of mine, to be playing a show of this level. The additions of Pizza Hi Five, Mother Brain and Suffering Mind tells me that someone at MDF is doing some quality digging in the underground. But we all probably can say It's honestly something that we knew was going to happen. Since 2014 has been yet another pretty big year in their steady climb in global domination. A with +HIRS+, a 12" discography LP (in Euro and US pressings) and a European tour among many upcoming releases have all made their way into 2014. Their original demo/self-titled EP has also gotten a lot of attention, and the vinyl treatment from Mannequin Rein records a few months ago. I finally picked up a copy when I was in Buffalo for the Summer Scum fest. Figured this would be a good chance to show off this incredible release's past incarnations too. 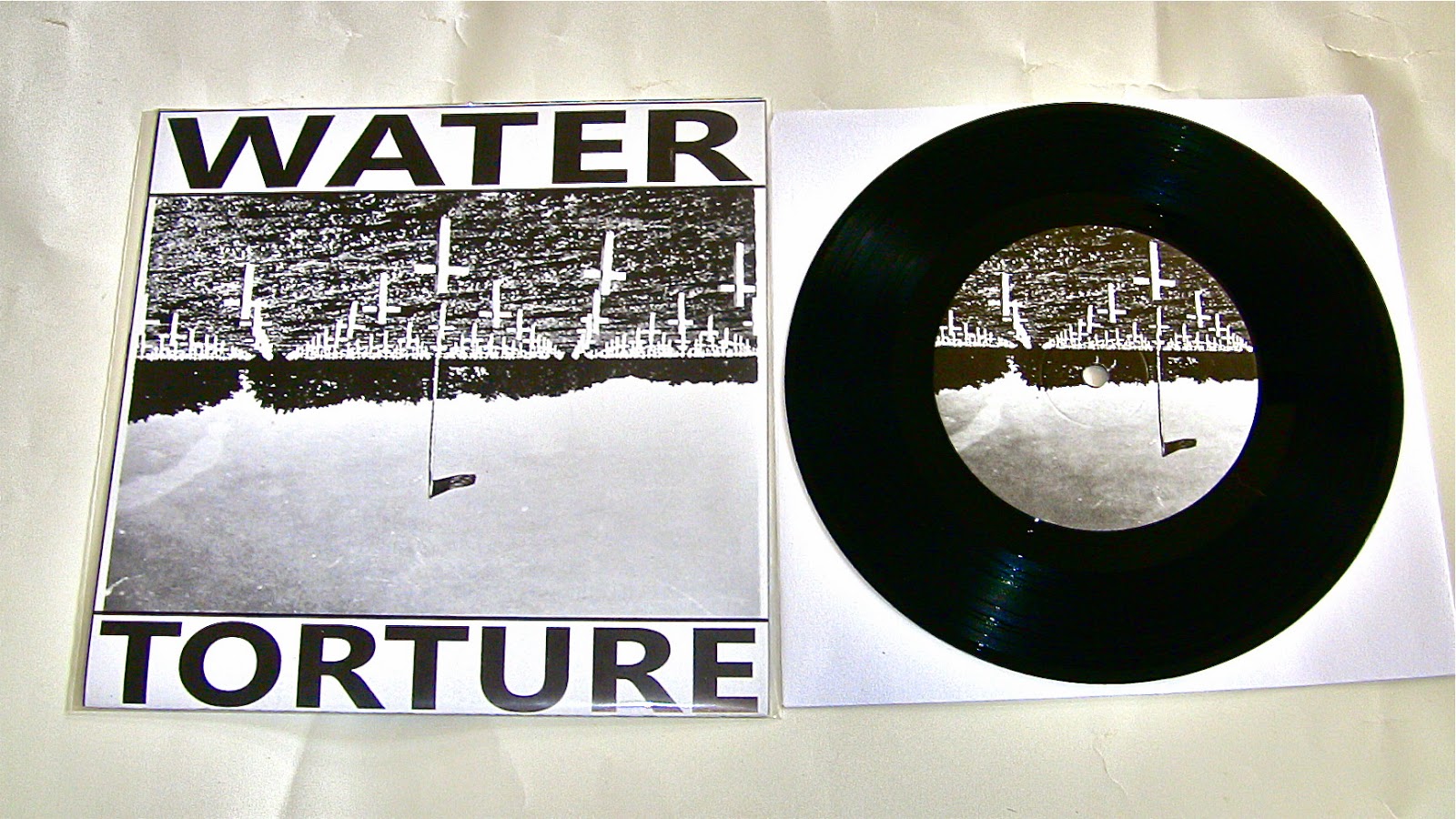 To me this still stands as one of my favorite Water Torture releases. It has a murky, dark, lo-fi'ness that they haven't gone back to since. And songs like "Cursed", "Amber Grey" and of course "Grey" are still some of the bands best and heaviest. It's great to finally hear this on wax, these tracks are brutal as ever. 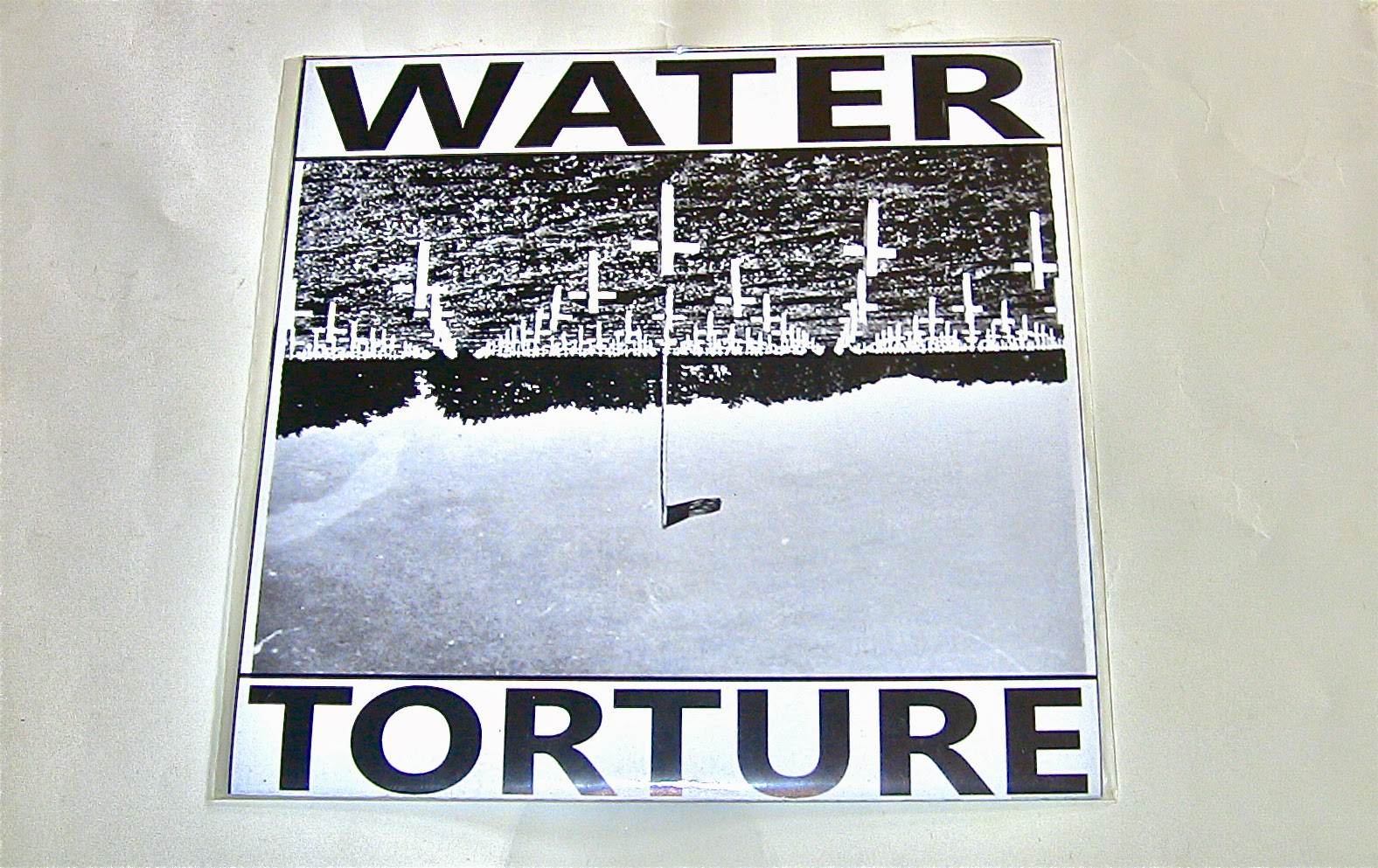 Mannequin Rein did a fantastic job with this record. The cover looks exactly how I always pictured it would 7"x7". Nice, thick double-sided sleeve too, all hand numbered. The entire record takes up one whole side of the record, which I think is a pretty smart move. No gaps in between this, just straight forward start to finish. The "secret track" that came with the original download that features Madison from Cloud Rat is sadly absent though. I think they put it on the split 7" with Hades Mining Co. which I have yet to get. 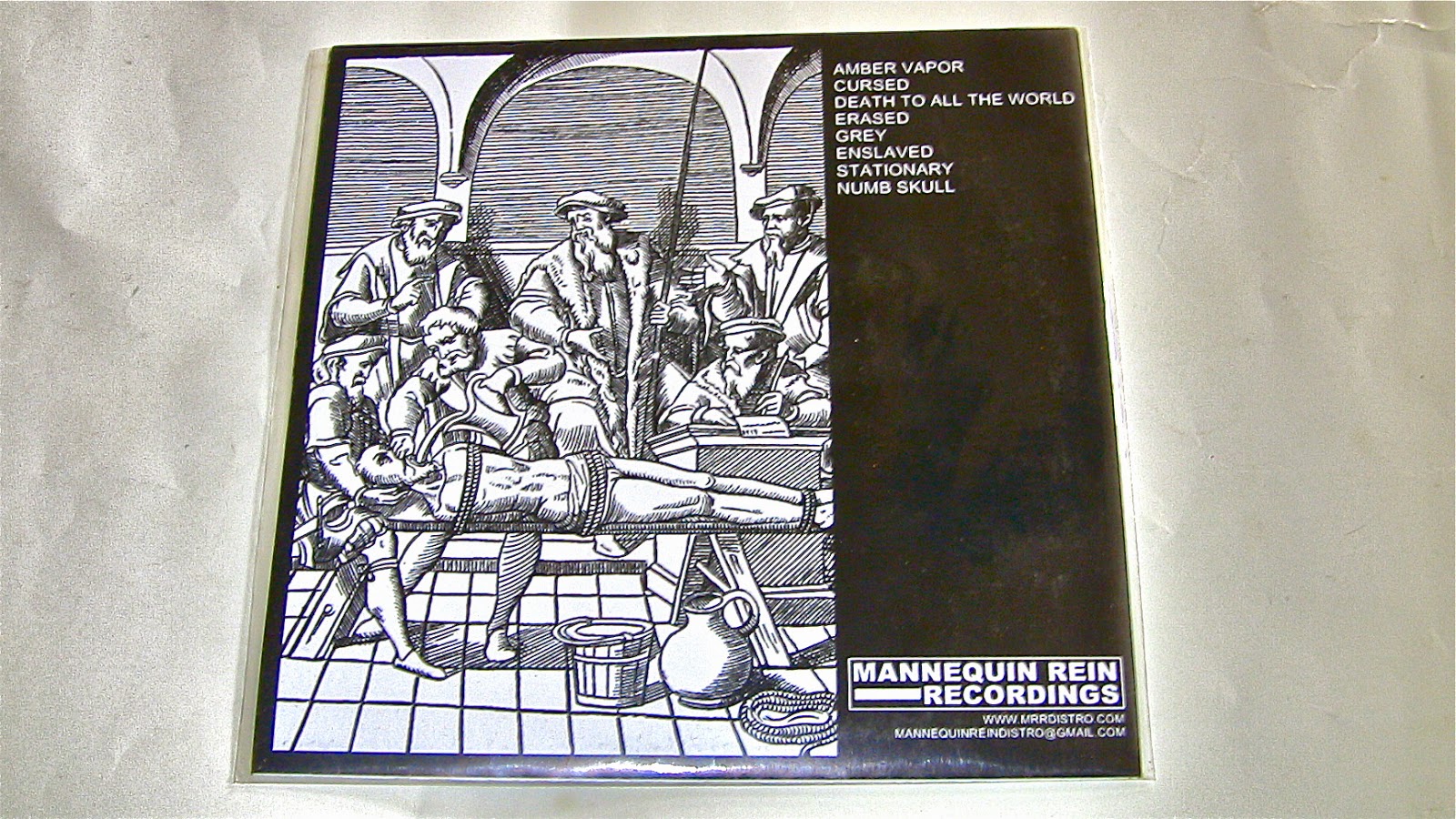 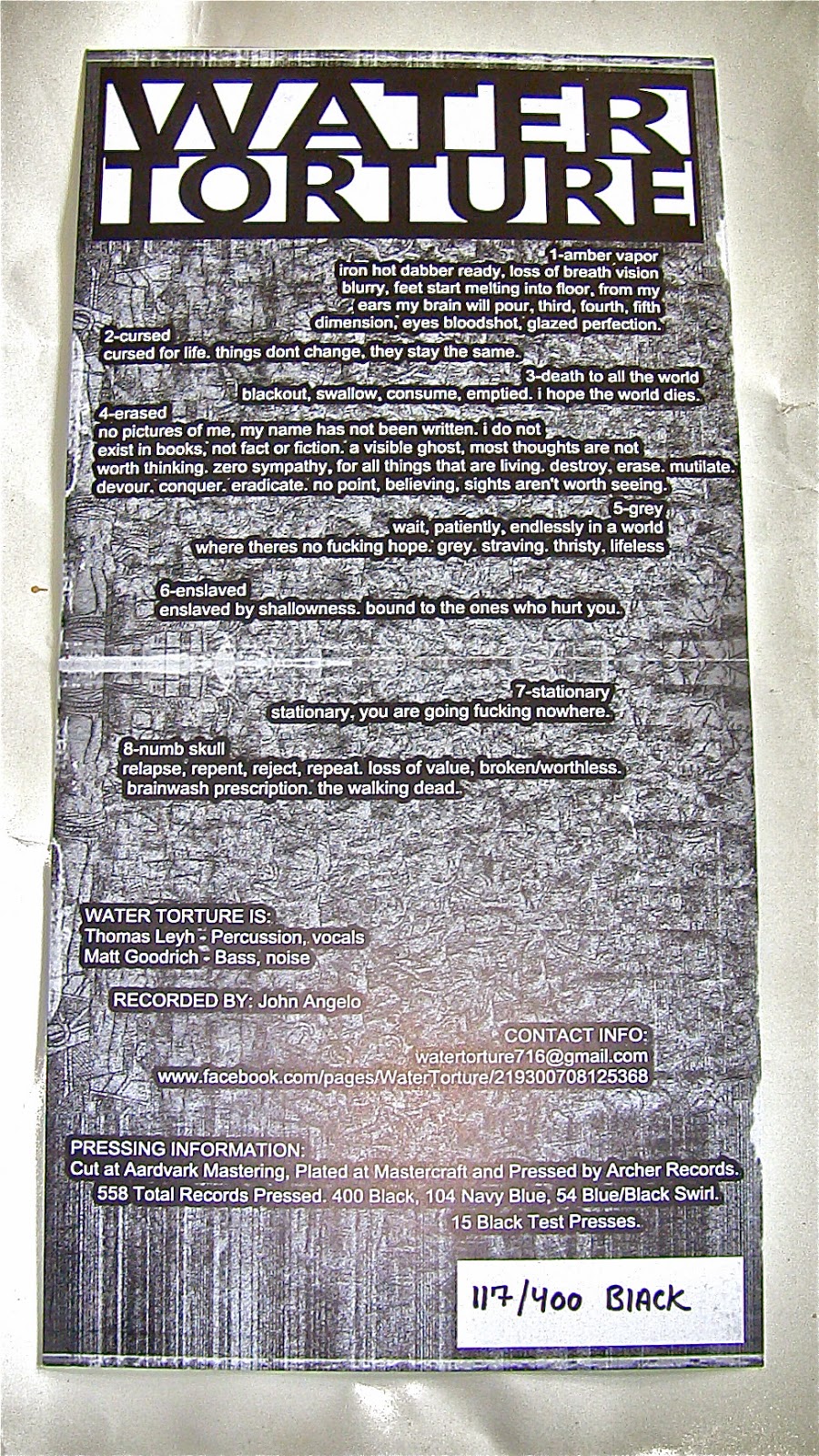 Mannequin Rein knows how to get collector scum like me all excited. Almost all of their vinyl releases have several variants of sometimes ludicrously small quantities. As you can see, all info is scribed on the sleeve. 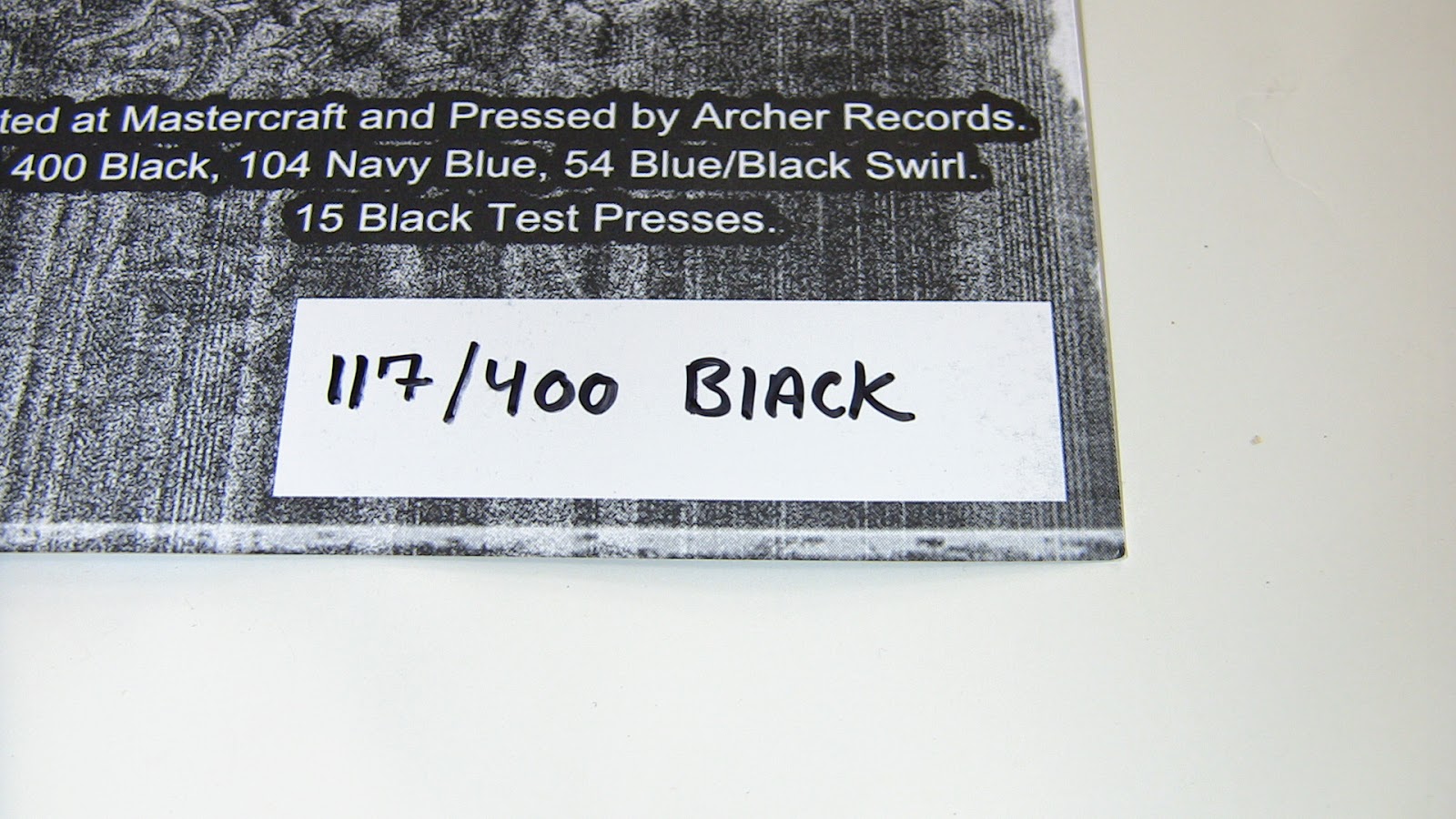 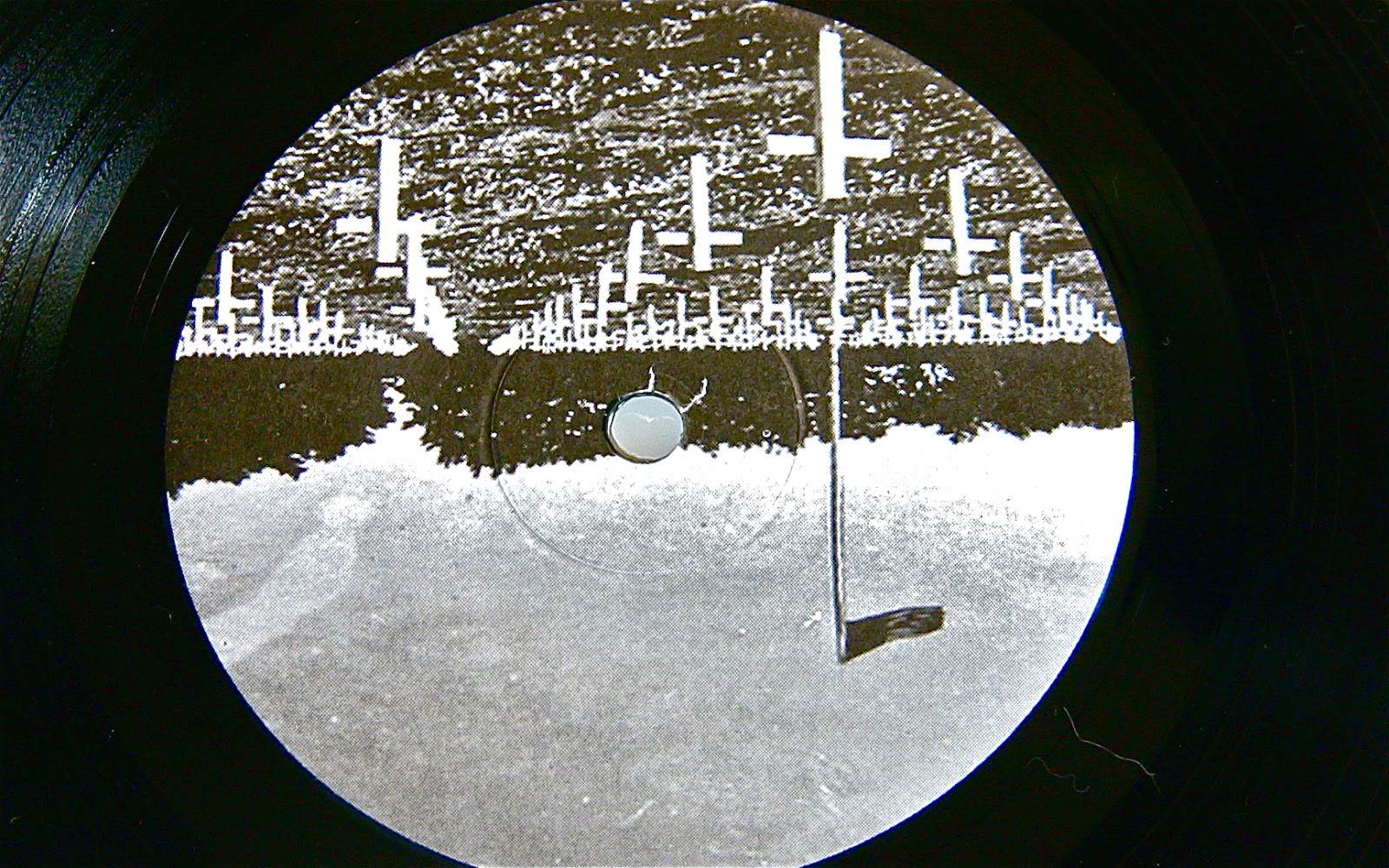 I also managed to snag one of those test presses mentioned above. Lucky me lucky me. 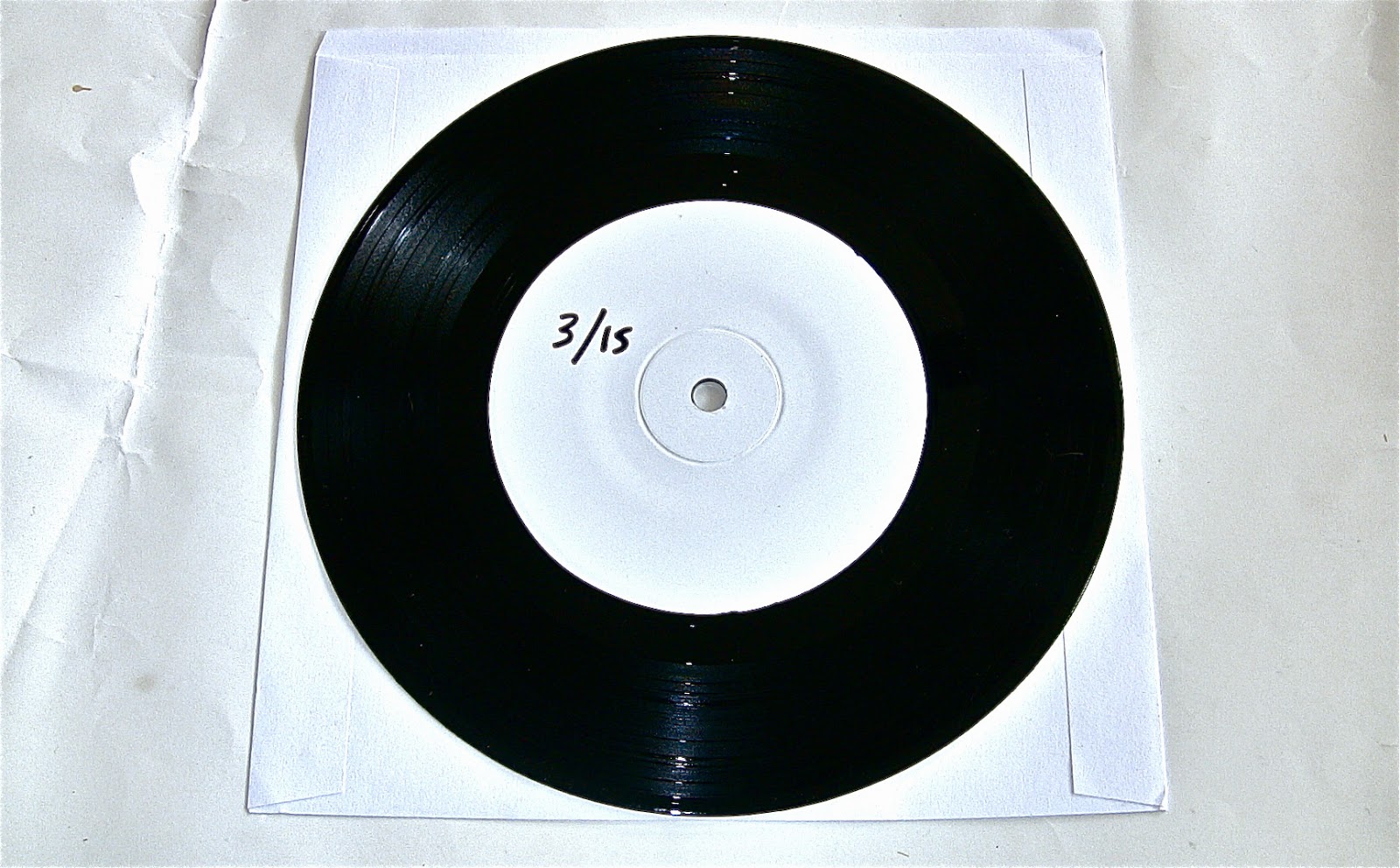 Now way back in 2012 this demo was originally released on a cassette as a split with the short lived Buffalo sludge band Dirt Eyes. I think I bought this from the band or got it in a trade with Mr. Goodrich, I honestly can't remember. Very nice J-card, fully screen printed on thick cardstock. The dubbing on my copy is just a touch overblown. Which I think adds to the sound. 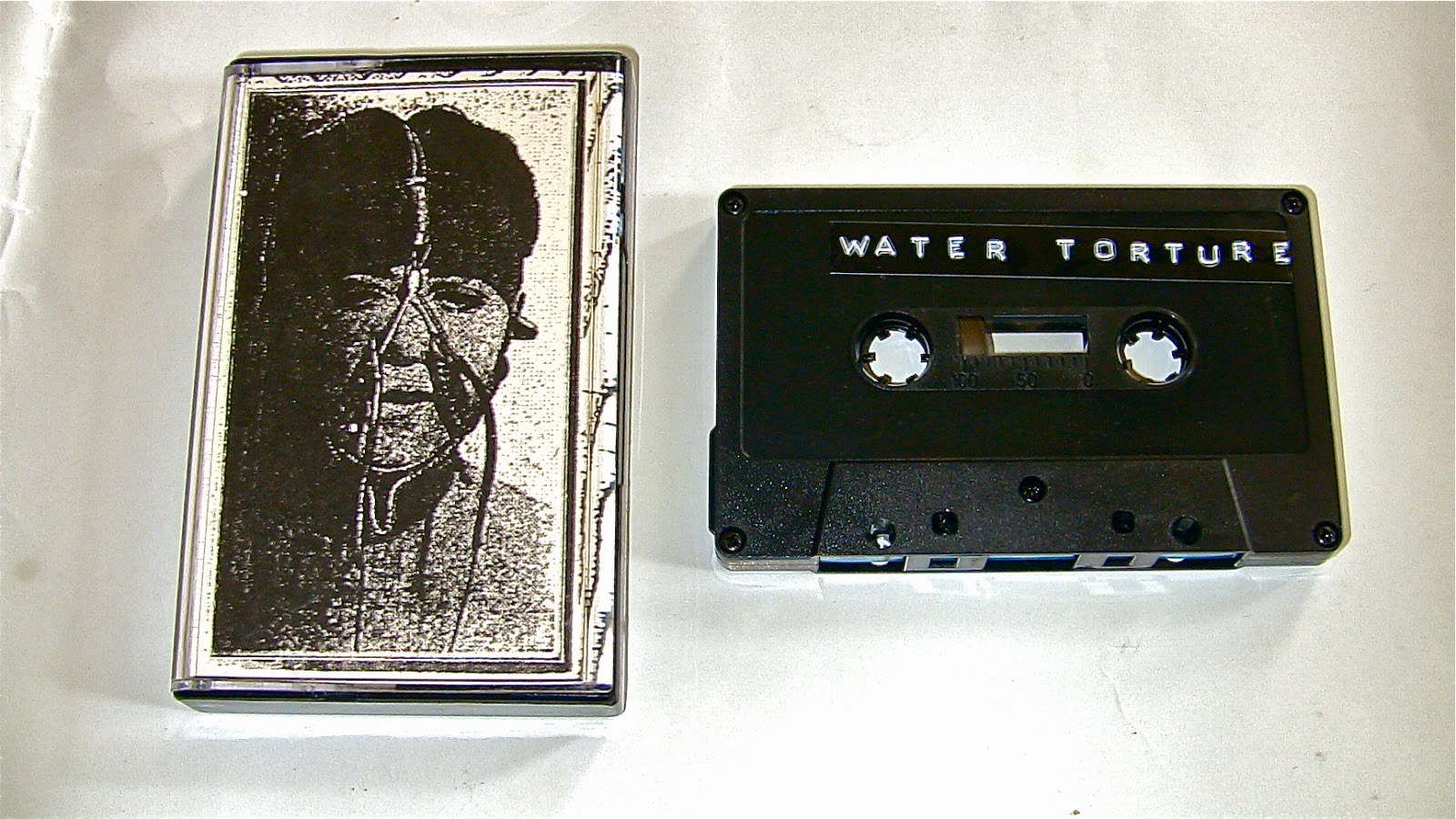 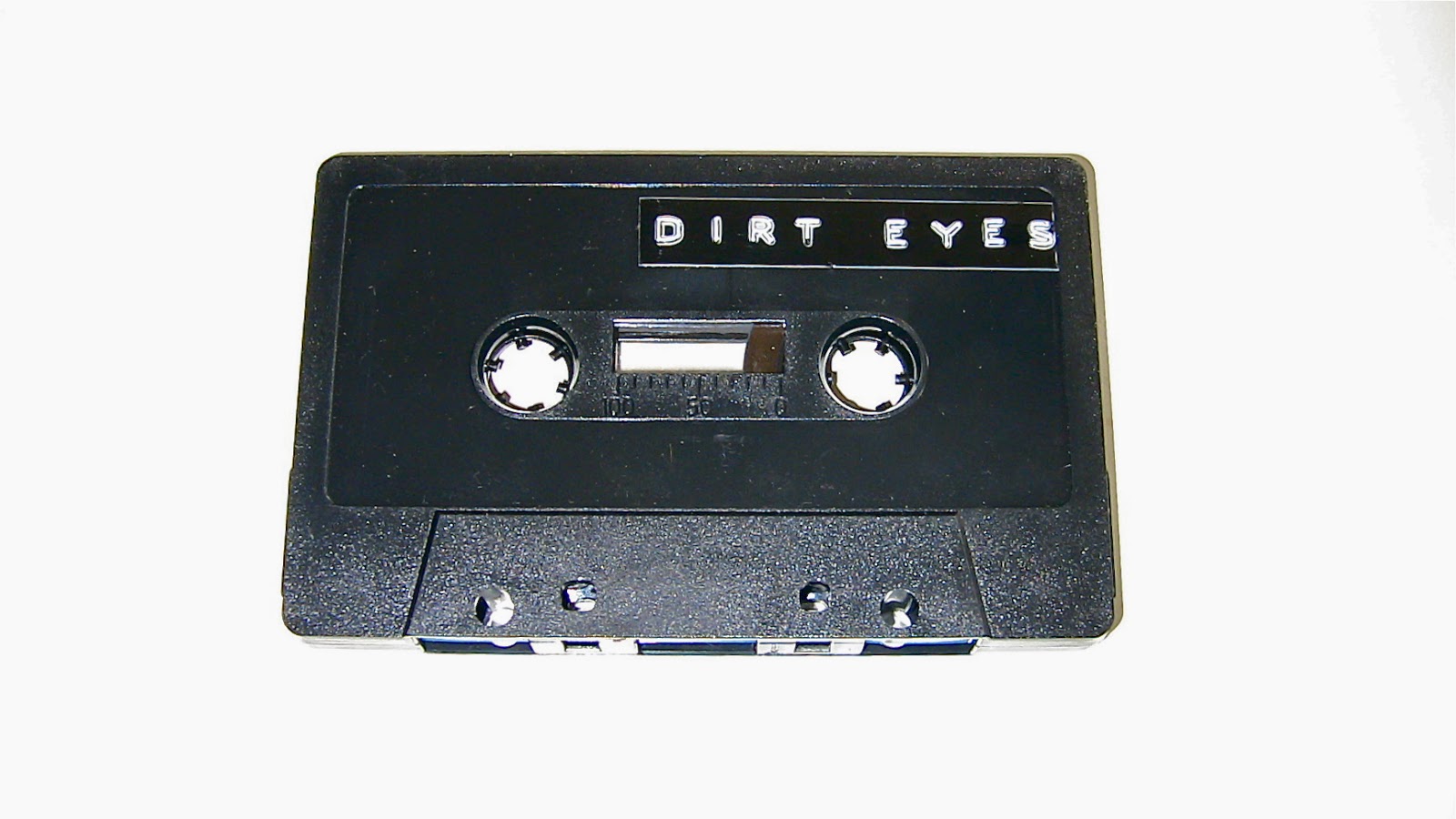 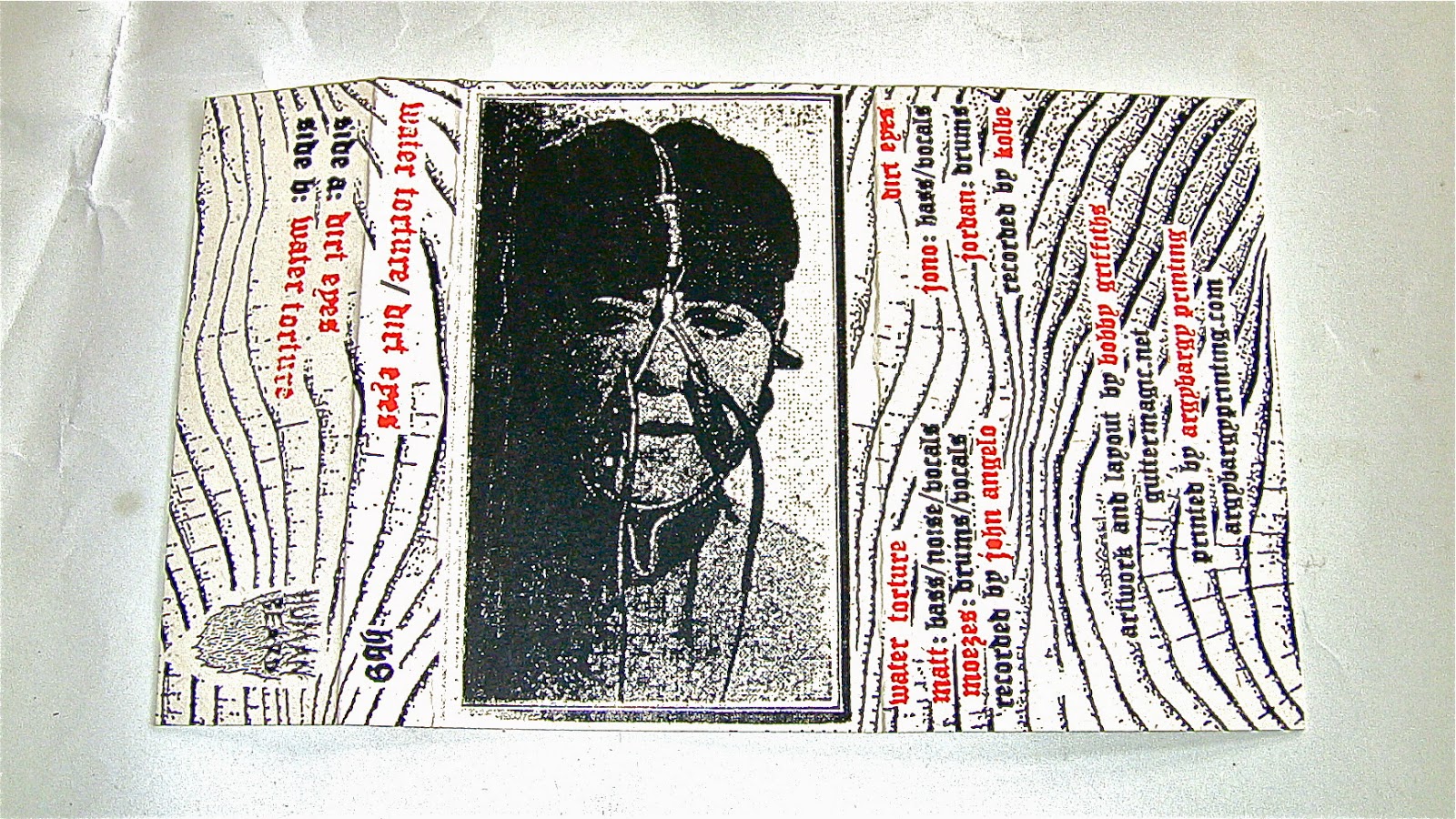 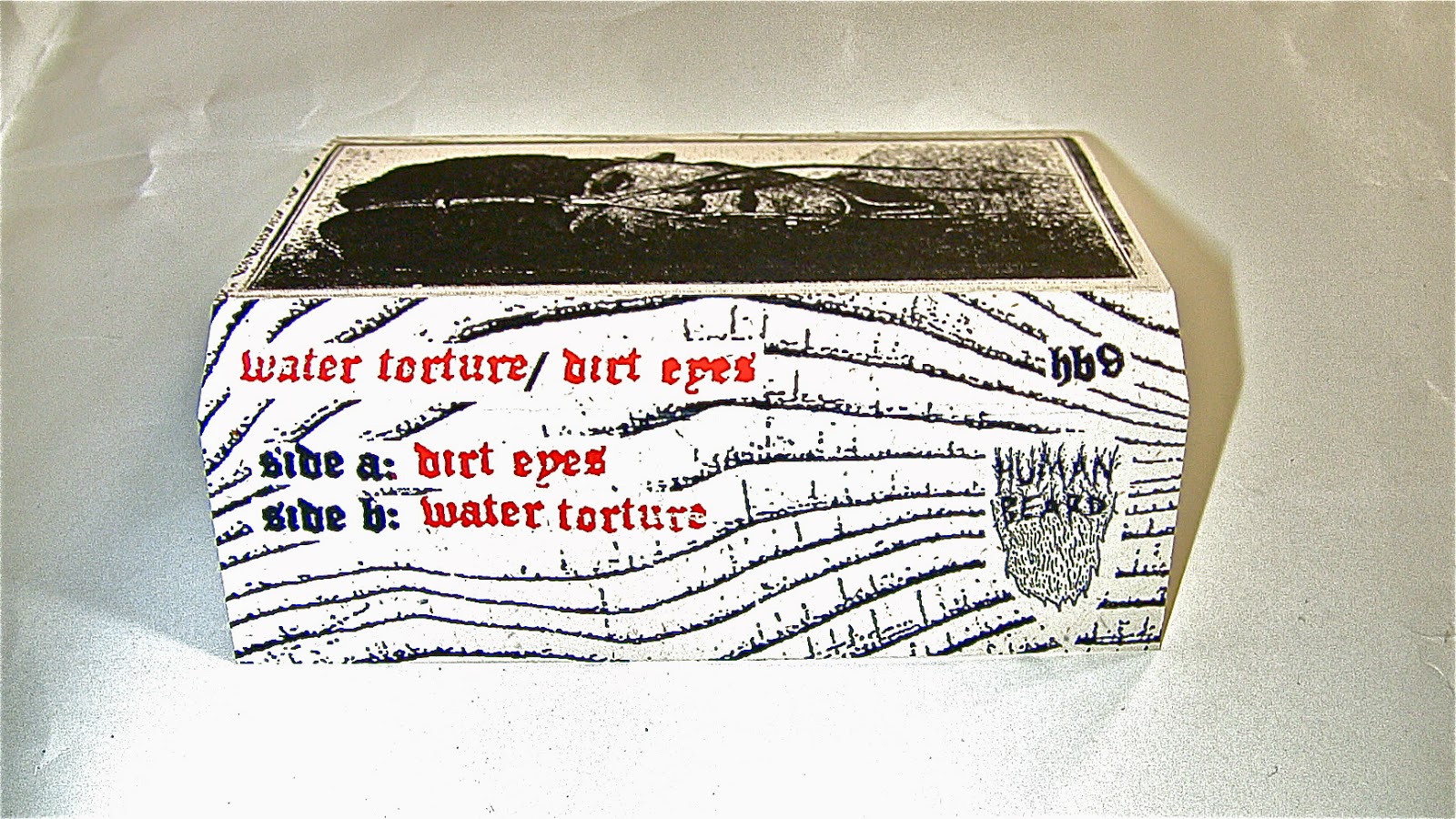 The demo also got a VERY limited European release by the german grind label Knochen Tapes. I haven't really kept up with them much, outside of a couple solid compilations they've put together. This is a pretty nice looking tape too. Solid art, grim looking J-card, and the dub is superb. Wisely going with a single-sided release as well. This thing is limited to 60 copies. 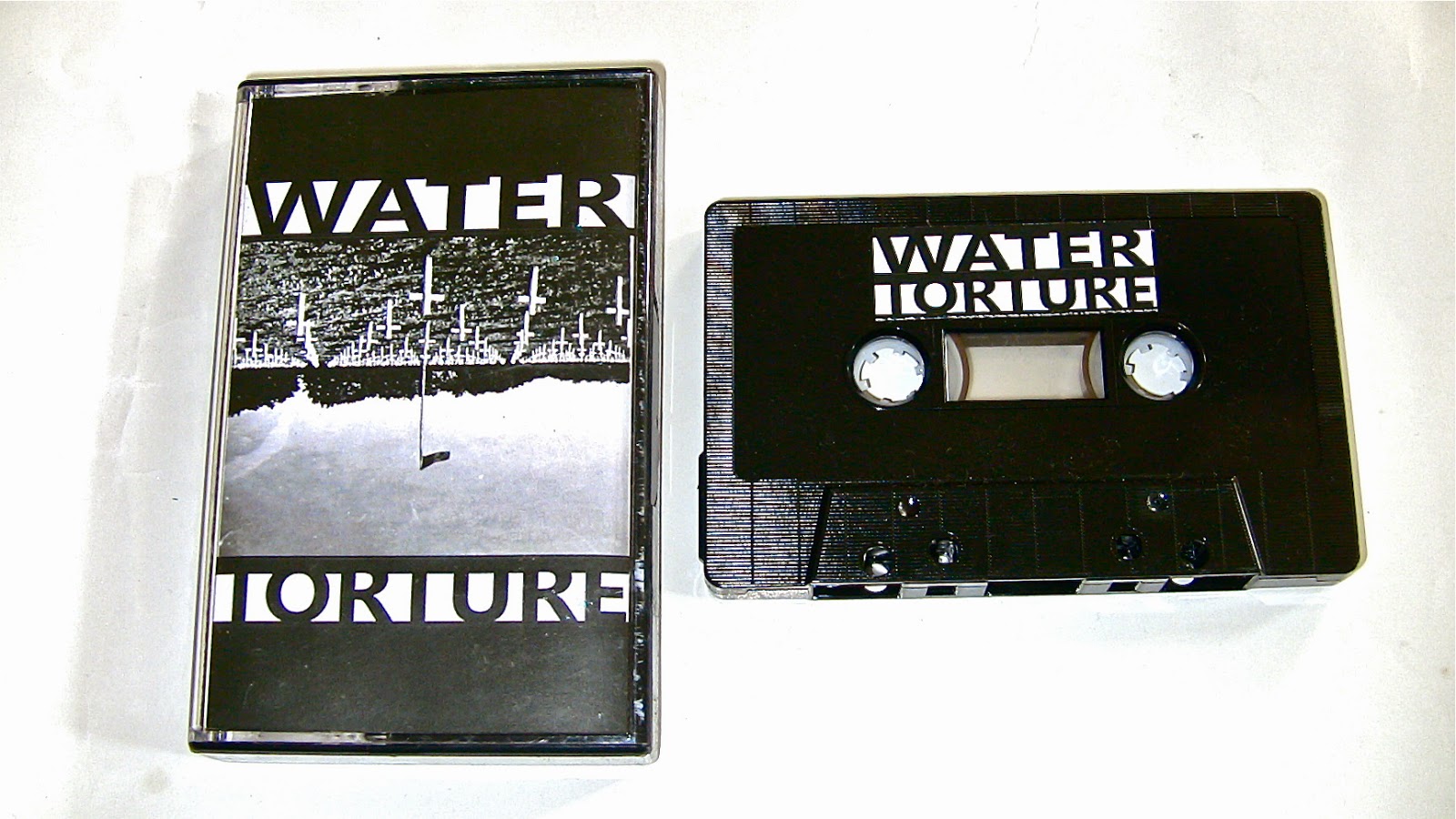 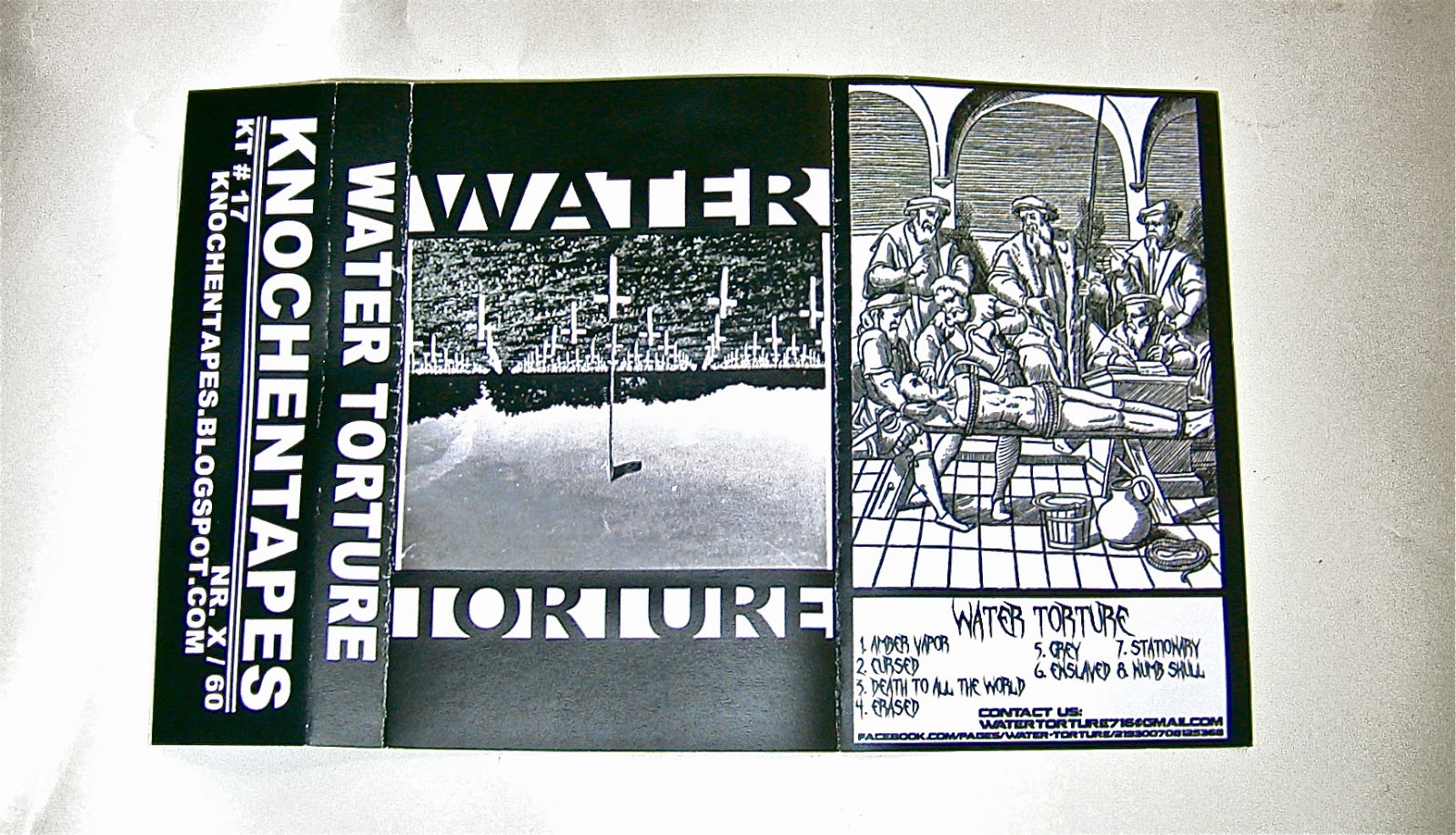 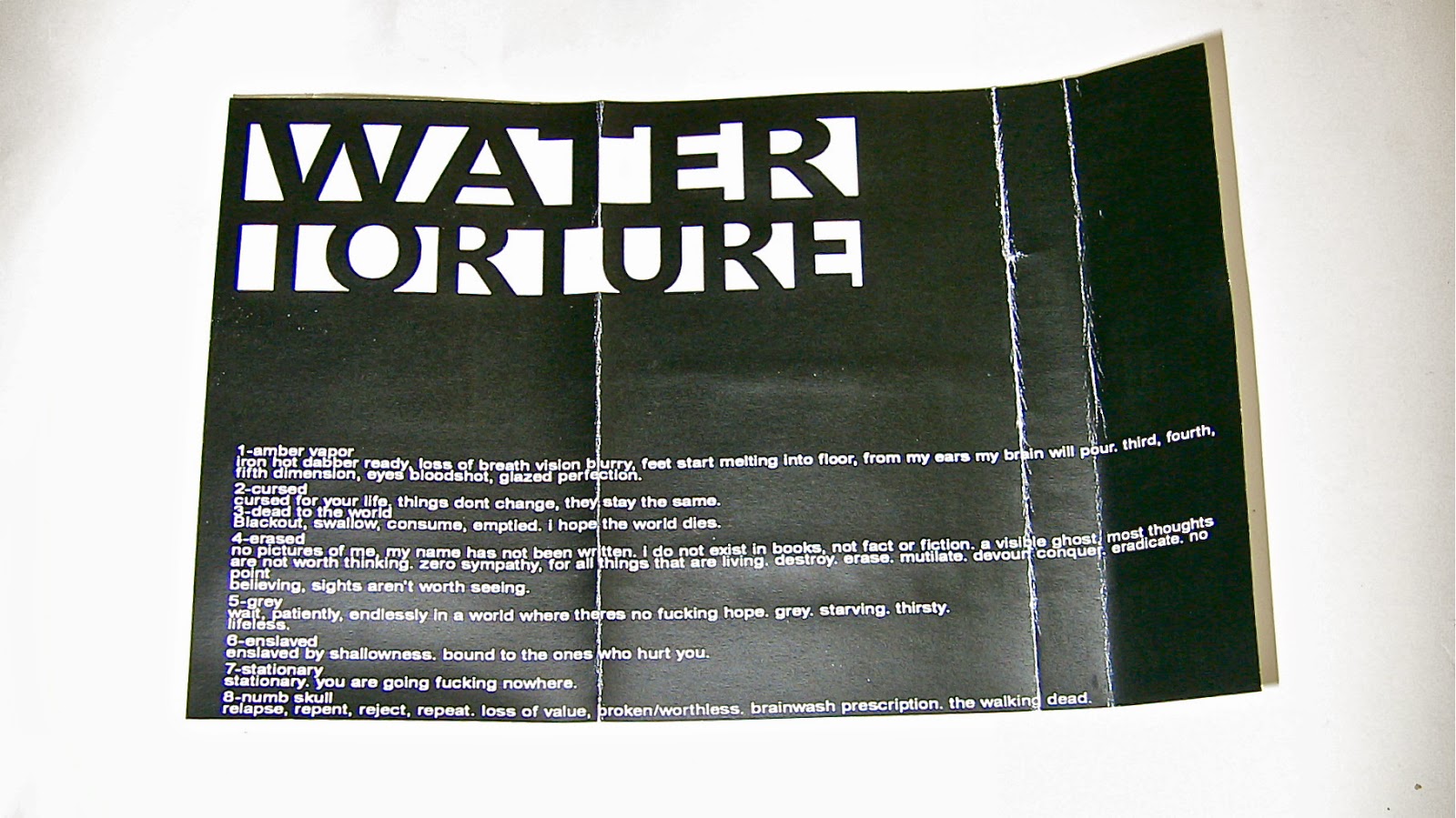 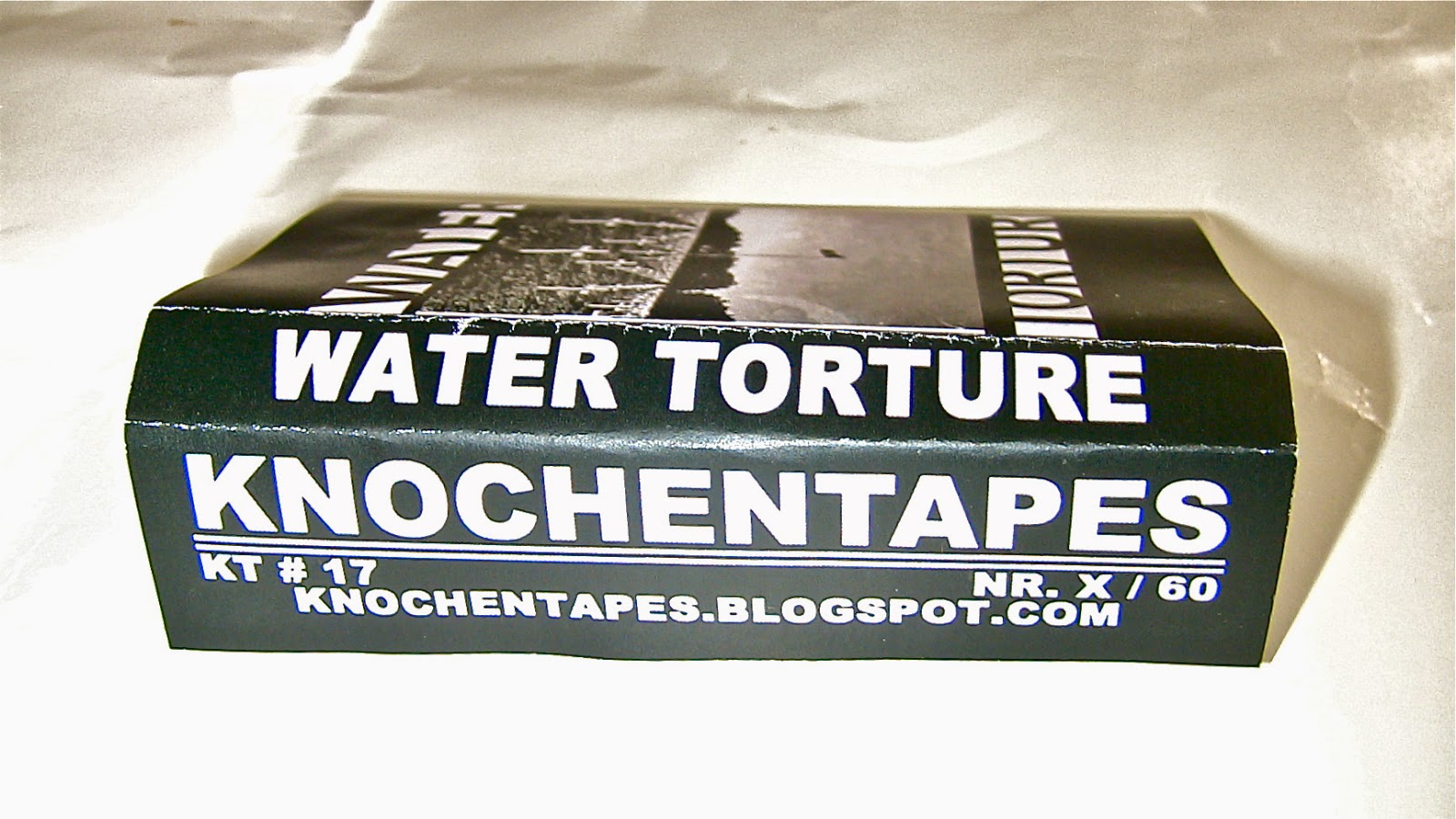 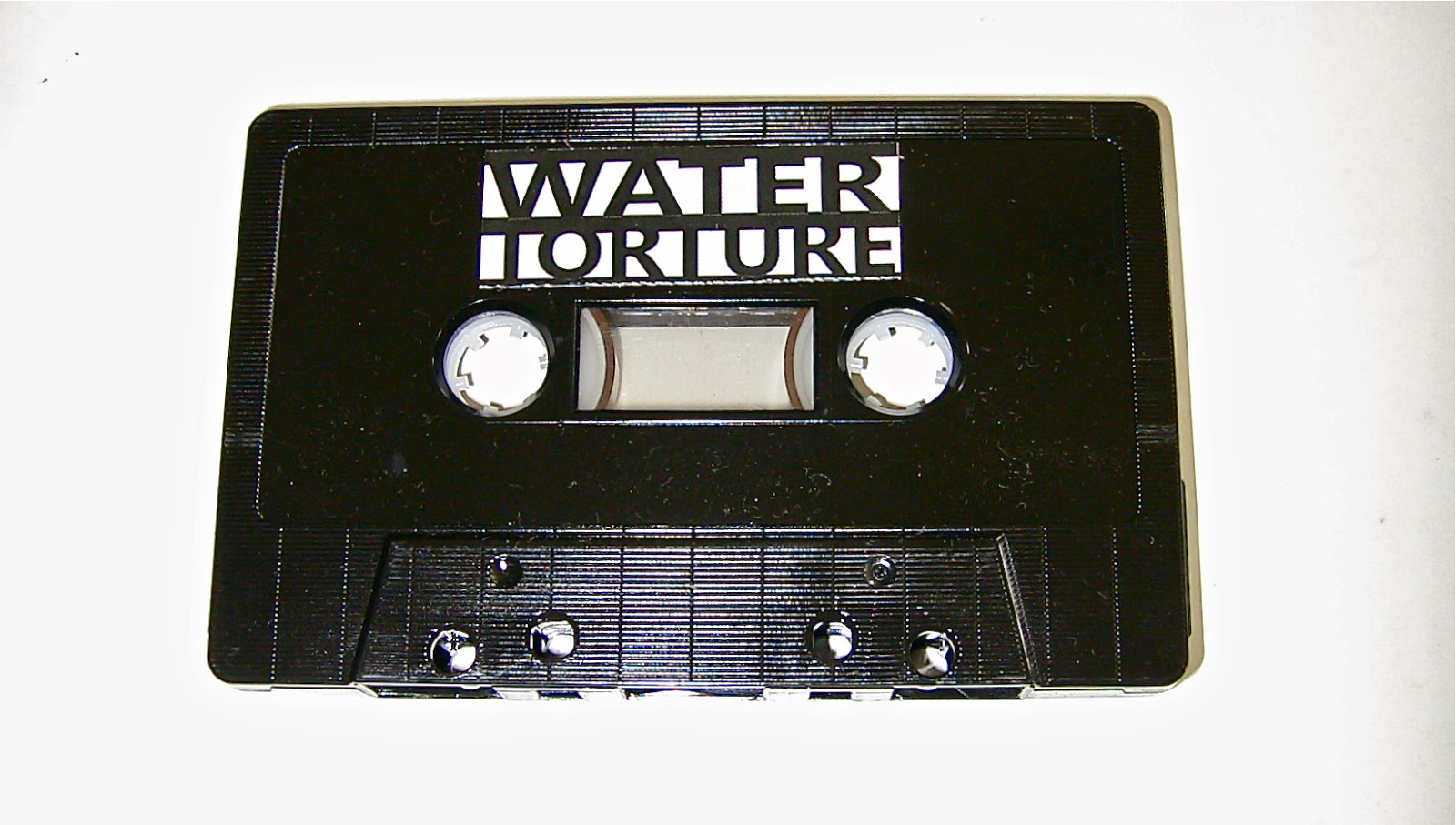 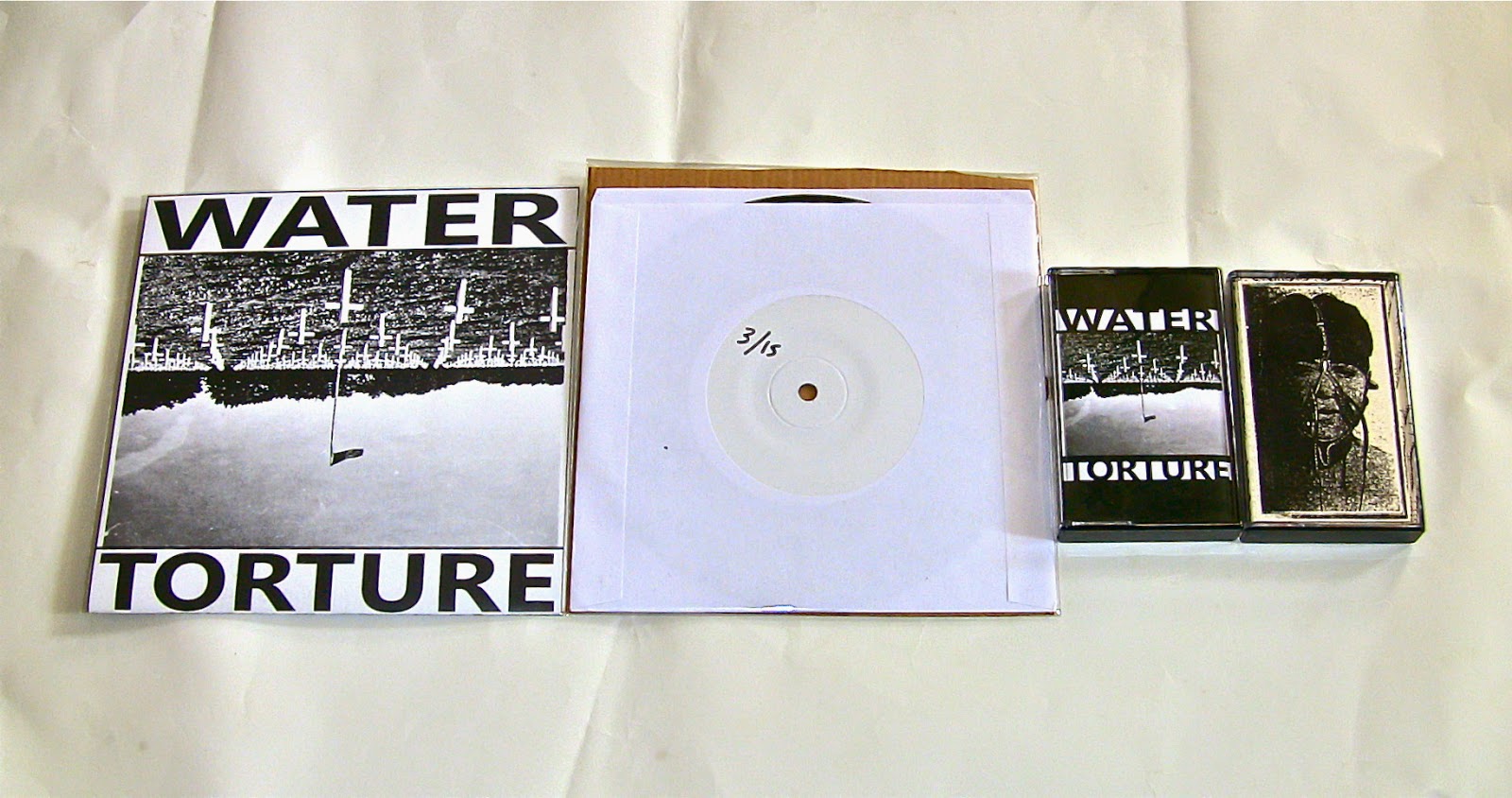 Ain't they pretty? Can't wait to see these guys destroy Baltimore next year.