I had pretty much given up all hope of grabbing this record for a "non-collectors item" price for a while, until I happened upon it at the Fusty Cunt table at Summer Scum. I still ended up paying more then I wanted to for it, but the thing is finally in my mini-sized mitts, so it all ended up okay in the end. This is the collaborative 7" between two legendary figures in their respective fields of harsh noise; Dominick Fernow, aka Prurient and Sam McKinlay, aka The Rita. 300 Copies, all on marble vinyl, 33 RPM. 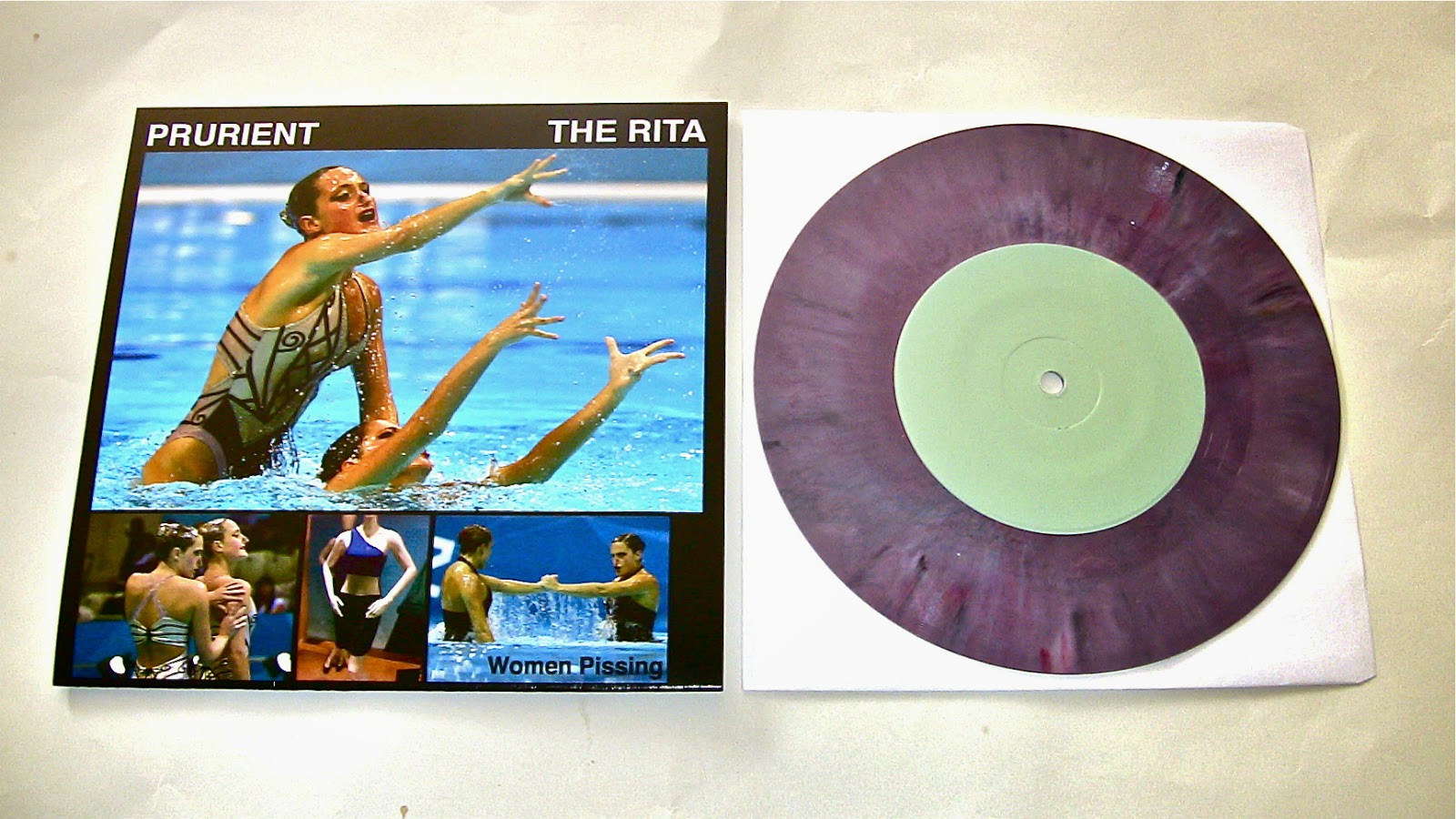 The Rita, harsh noise wall OG extraordinaire, supplies the meat on both sides of this record. His signature, dense, impenetrable noise walls are thankfully the only musical parts on this record, with Dominick doing his vocal thing. Singing about "women pissing where they stand" among other things I can't quite make out. Sadly, no lyrics were included here, or titles for that matter. I haven't enjoyed pretty much any of Prurient's recent output, so hearing something he's part of that I actually dig a lot is refreshing. The sound source Sam used for the walls were actually recordings of the synchronized swimmers on the cover, kind of unusual for The Rita. Some super high frequency tones are sustained throughout both sides too. 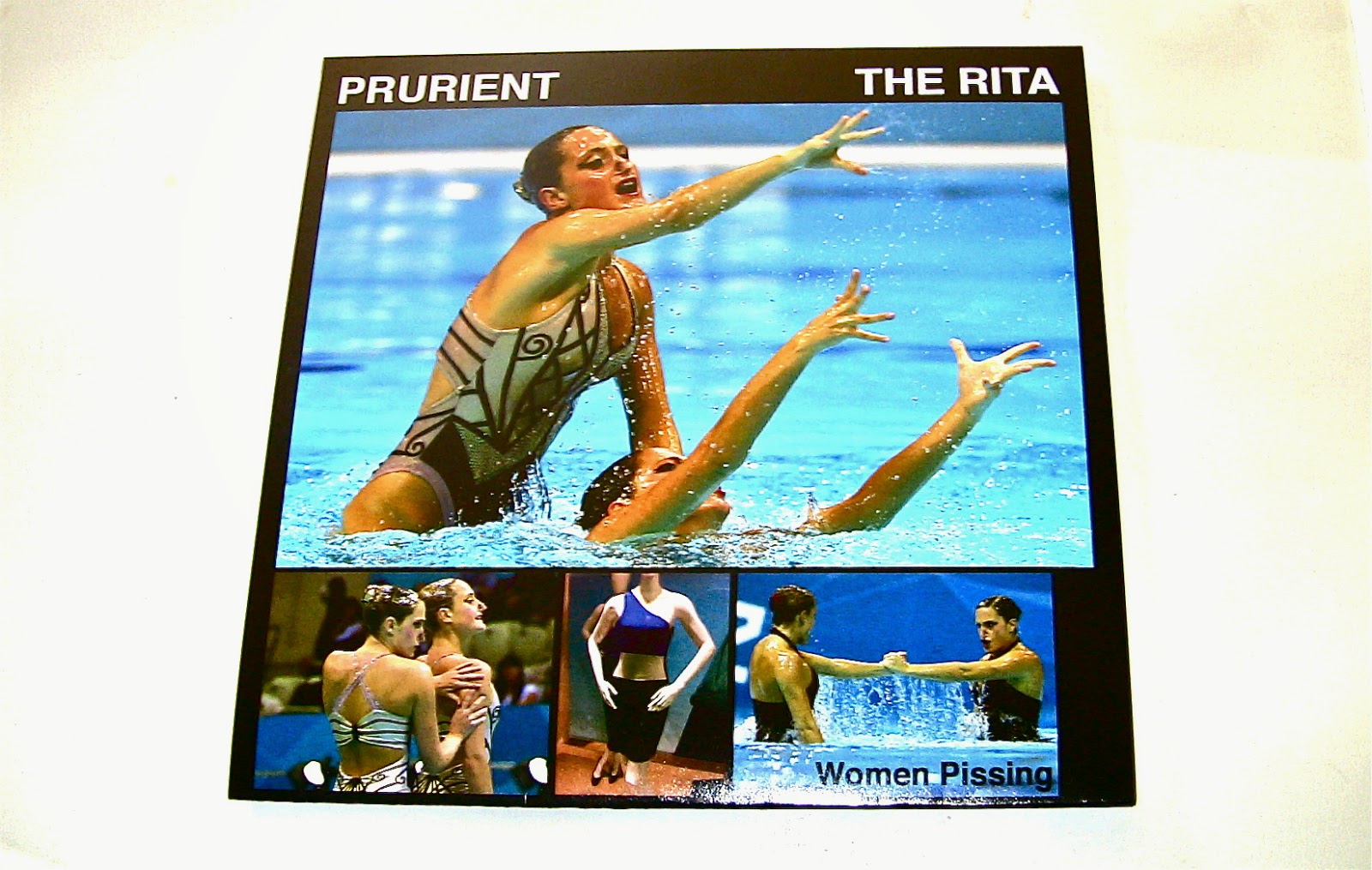 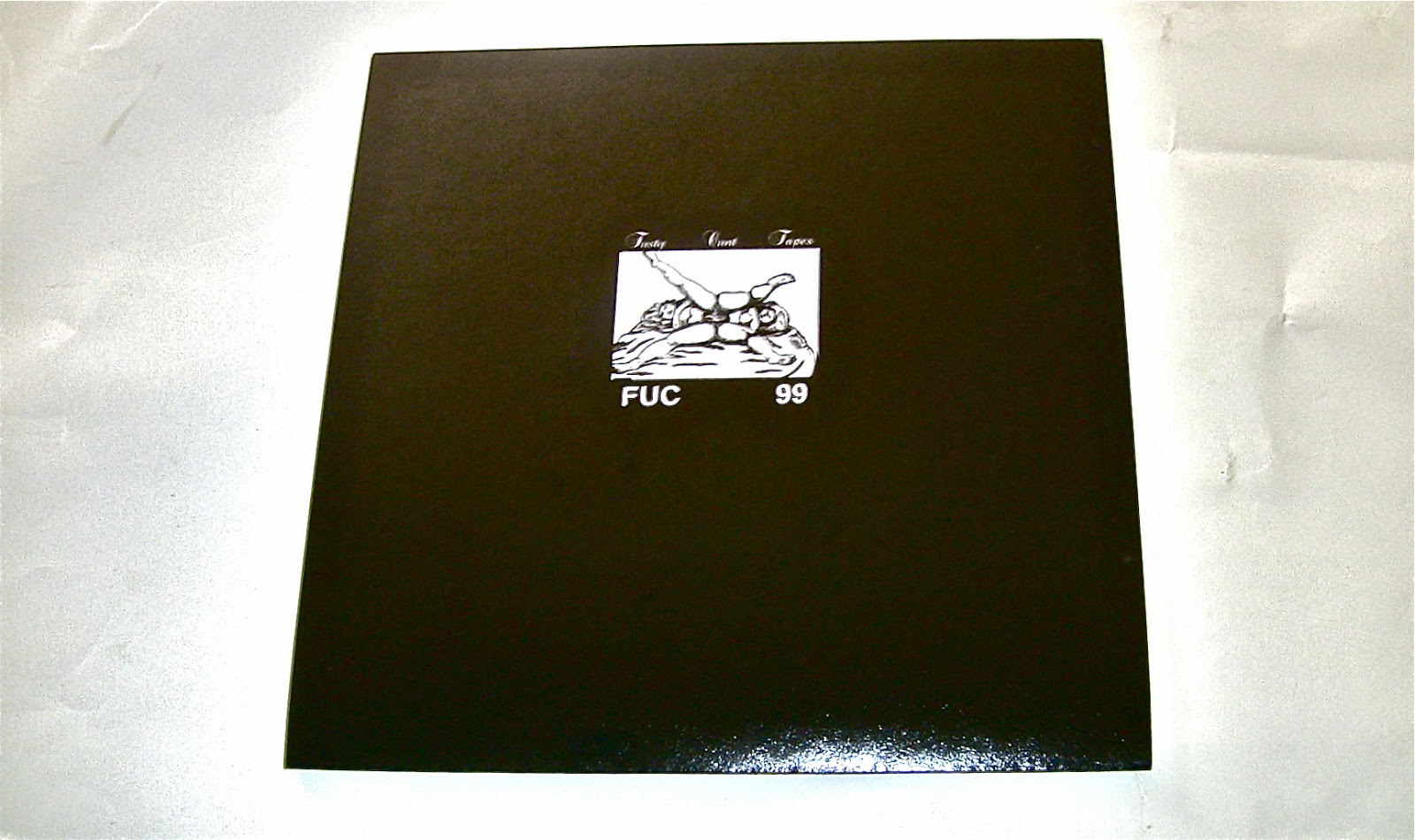 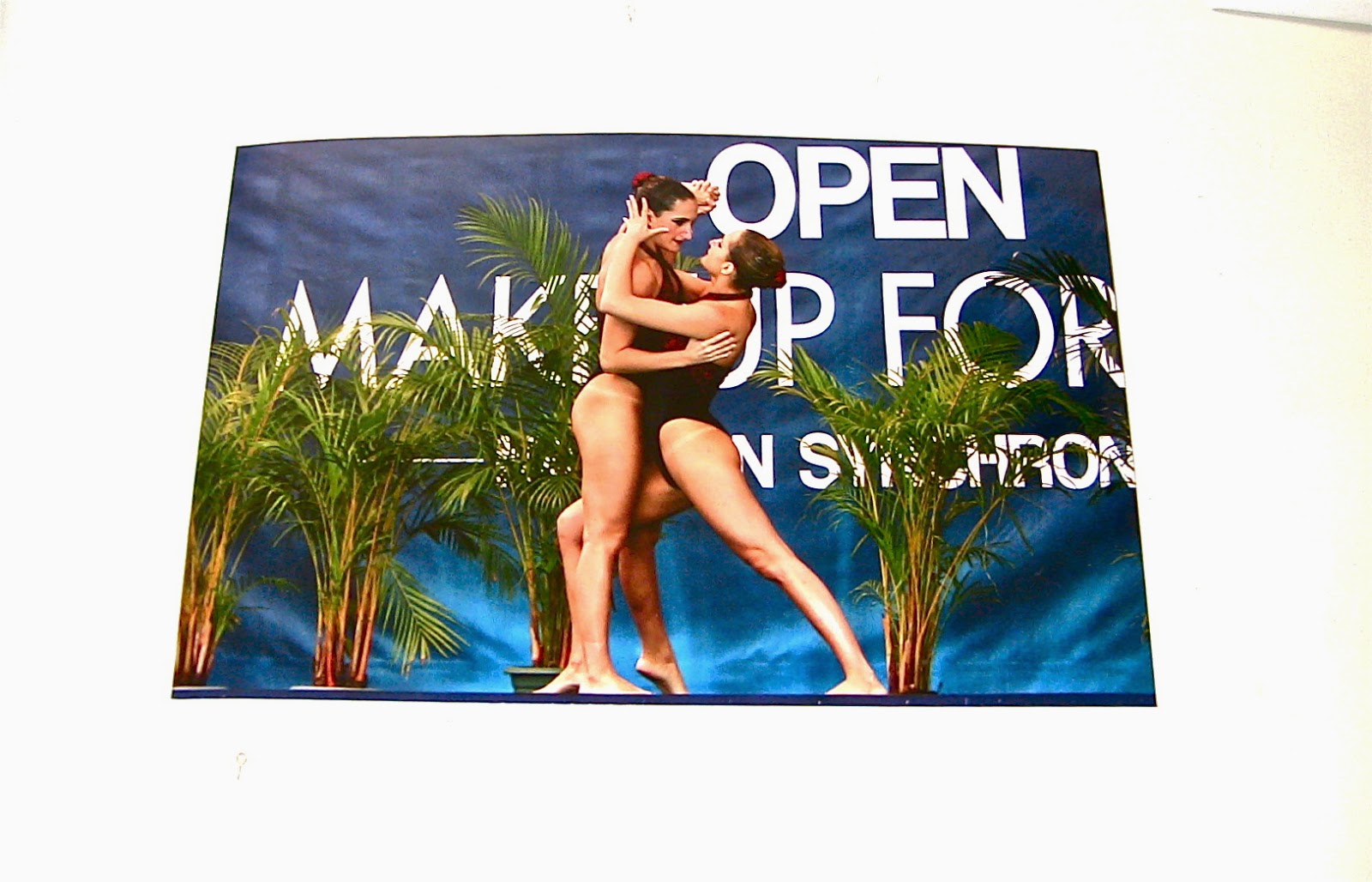 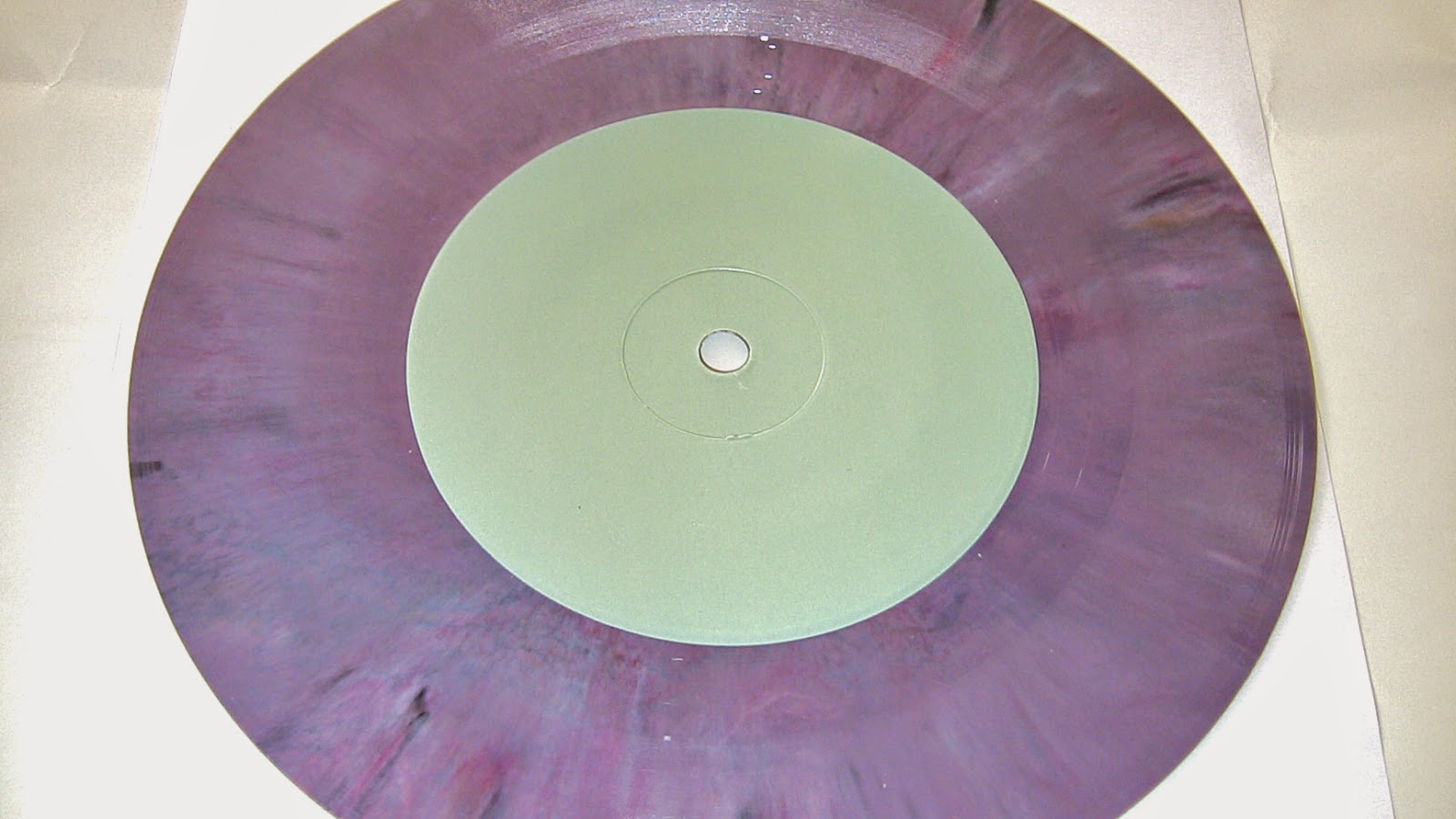 This is a pretty mandatory record for any fan of The Rita. Getting pretty rare, buy or cry.