Here's a little beauty of a 7", brought to us by my favorite canadian grind freaks Fuck the Facts. The "Unnamed EP" came out last year, and was one of my favorite releases of 2010. I bought this from their drummer the first time I saw them in my hometown of Ithaca, NY. 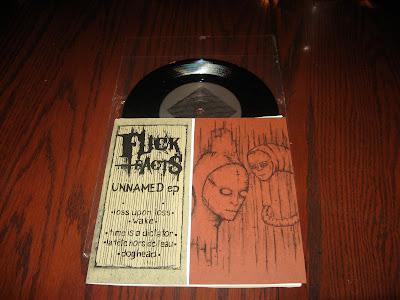 Six tracks, three new songs exclusive to this release, one instrumental interlude, and two older tracks. One coming from their "Mullet Fever" album and one from the "Overseas Connection" split with Sergent Slaughter. 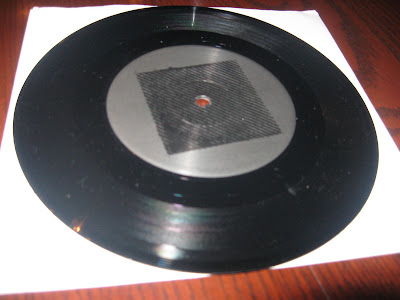 I really have to applaud Fuck the Facts for this release. They financed and released this thing completely on their own, no label help what so ever. The packaging is very elaborate and intricate, some of the most professional looking I've seen for a DIY release. The creepy face drawings were done by their singer. 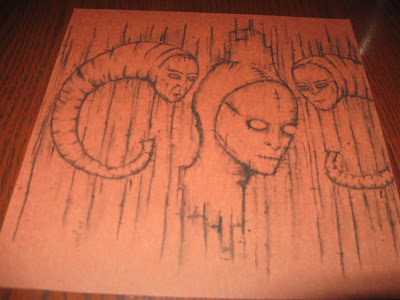 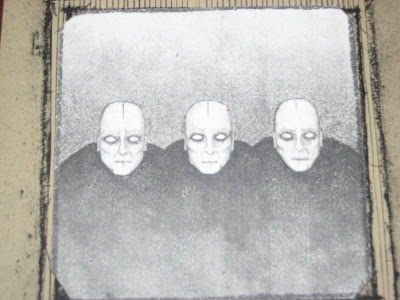 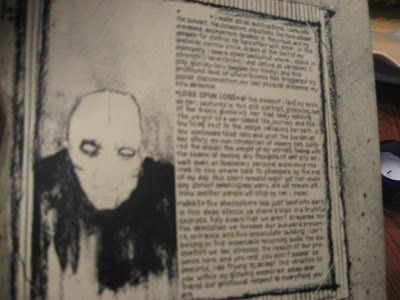 The vinyl itself was limited to 500 hand numbered copies (I got number 495/500), 400 on black and 100 on clear. A few of my luckier friends got clear versions. Truth be told, I've only listened to the vinyl once, since it came with a free download card I've mostly been listening to it on my ipod. The production is very good, the bass guitar is a little low in the mix though. I think there are still vinyl copies available from the band, but you can download it on their bandcamp page. Go for it, you will not be disappointed!
Posted by VII at 4:55 PM