This is a little underground beauty; a split 7" between OSK/Scumbelly. This was self released by the bands I believe, I got it from the always reliable To Live a Lie records for about $3.50.  Clear vinyl, cut to 45 RPM, don't know how many were pressed. 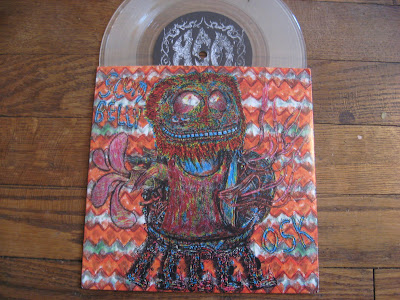 I got this just because of the OSK side, specifically for the last song on their side "Endless Repent" which is one of the best powerviolence songs I've heard in a while. That endtro is epic as fuck! Also good to note that OSK has a few members of Massgrave. 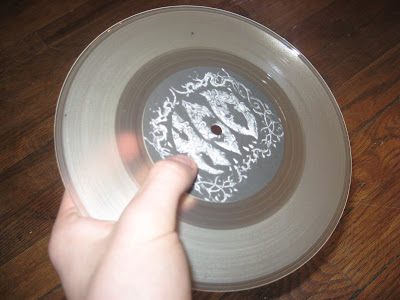 The Scumbelly side I could do without, I didn't dig it at all really. Poor song writing and lack of good riffs did it for me. Nothing special on their side of this. 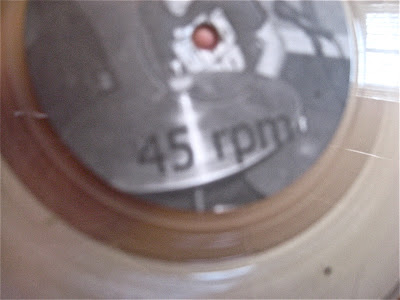 There are a few weird things going on with this piece of wax. For one, there are these weird black dots in the vinyl. At first I thought it was just some dust, but it's actually in there. I haven't really seen anything like it since my clear copy of Total Fucking Destruction - "Peace, Love, and Total Fucking Destruction" LP. It doesn't seem to effect the sound or the needle, so whatever. My shitty camera can't pick them up without the picture becoming blurry. 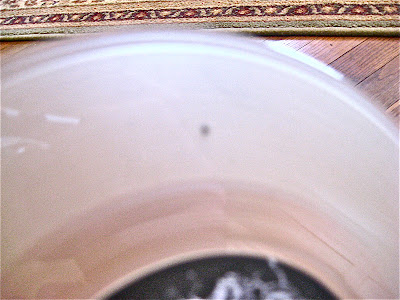 Also, you get the bare minimum in term of packaging with this release. Just the cover sleeve and vinyl, no insert, no lyrics, no nothing. The vinyl doesn't even come with a dust sleeve, which is very bizarre. 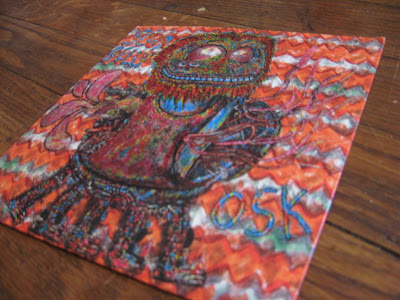 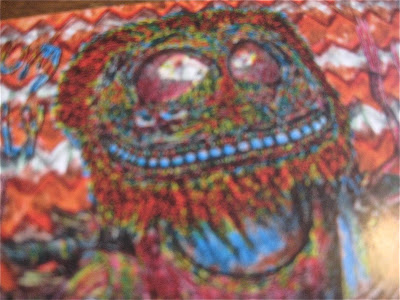 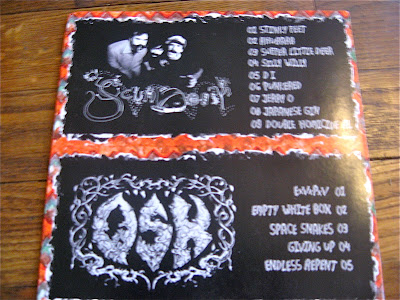 To Live a Lie records still has a few copies of this available, so if it sounds like your thing, pick it up, if only for the OSK side.
Posted by VII at 3:40 PM