This is a split that I was anticipating for quite a while. Two of my current favorite grindcore bands sharing one 7"! That doesn't happen to often, but when it does I'm giddy as fuck! Here's the Suffering Mind/The Afternoon Gentlemen split 7" on clear vinyl, 45 RPM. 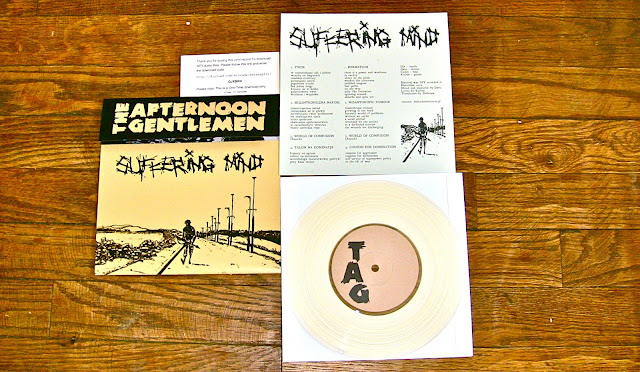 500 copies were pressed, all on clear vinyl, and I'm very impressed with the packaging job. I've never seen a cover sleeve like this before; it's a double-sided cover with a "negative image" on the other side. Pretty unique idea, and it comes with a download card and a double sided insert with lyrics. 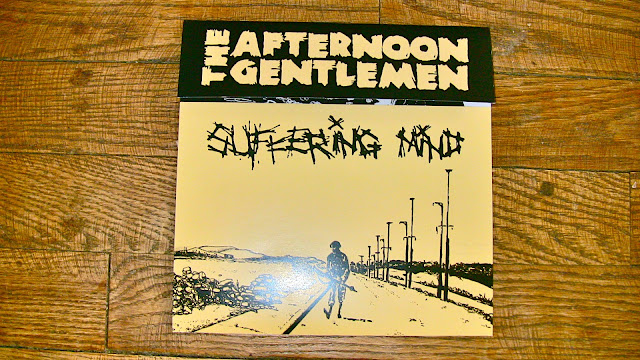 Four songs from Suffering Mind, and sic from TAG. Not the best stuff from either band by far, but still very good songs. The SM side is very raw and gutter filth sounding, and they do a cover of Assuck's - "World of Confusion". Their last song is probably my favorite on their side. TAG do more straight forward grind this time around, not as many crazy stop-starts. Kick ass stuff all around. 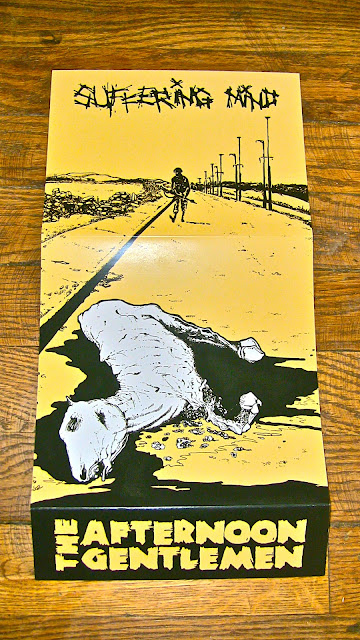 Cool artwork. I'm not a fan of the "negative version" of it though. Good thing it's reversible. 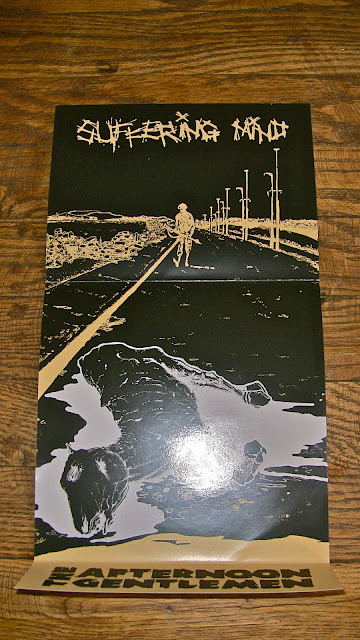 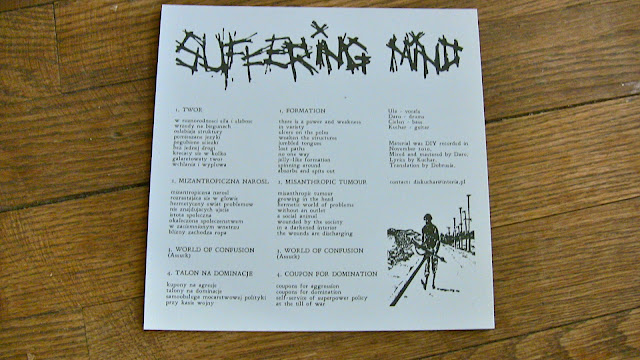 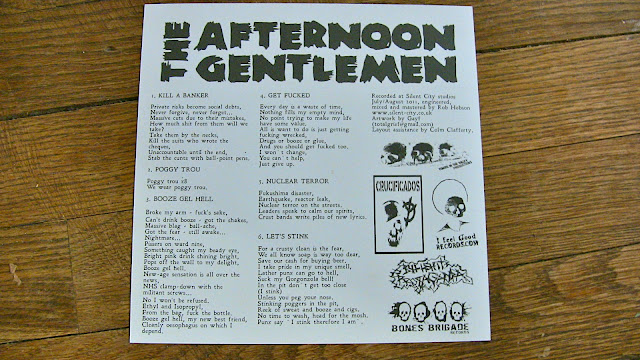 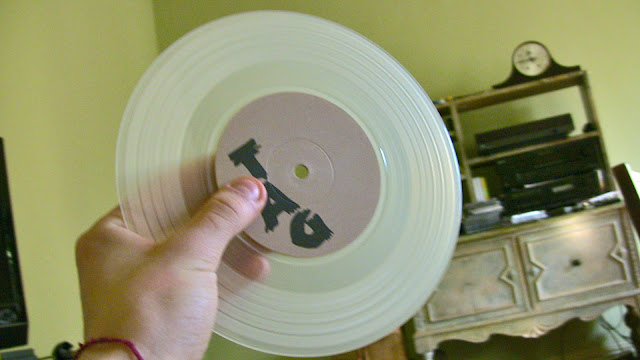 For the people in the USA, you can pick this up at Bullshit Propaganda records, but act fast cause these won't last much longer.
~VII
Posted by VII at 2:53 PM