Out Of Your Mind

I got this a while ago, and I finally got around to spinning yesterday. This particular records is a split from Extortion that has always seemed to avoid me. Thankfully, RSR was kind enough to reissue it for people like me. Joy. Here's the Extortion/Jed Whitey split 7", black vinyl, 45 RPM. 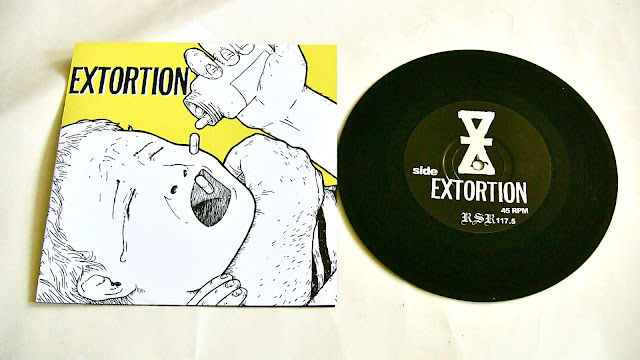 I really like the Extortion side of this. Go figure, right? Very fast stuff from them, and it's over in the blink of an eye. 5 songs in what seems like less than 3 minutes. Including a cover of the Black Flag song - "Fix Me". 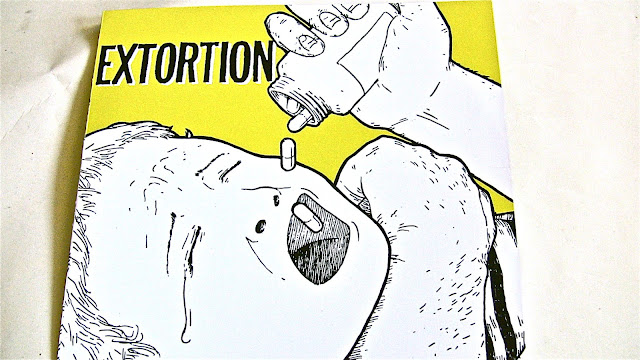 Jed Whitey did nothing for me, unfortunately. Old-school sounding hardcore punk rock that sounds almost like bubble gum, sugary pop compared to Extortion. It's a curious pairing, and I'm not fond of it. Come to think of it, the only band Extortion has shared a split with that I think is great is Agents of Abhorrence. Hopefully the upcoming splits will have good material from both bands featured. 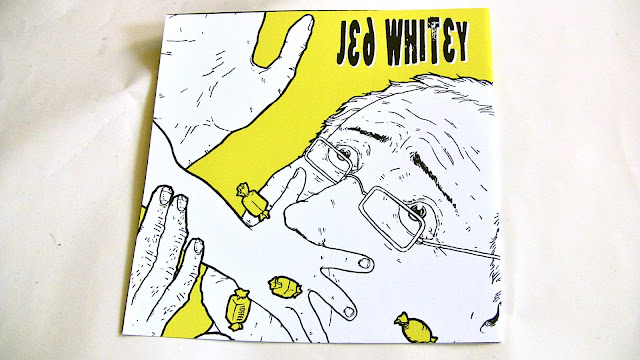 Pretty standard packaging, noting fancy at all. Double-sided sleeve with a pretty uninteresting looking inside. Why is there only a picture of there drummer? 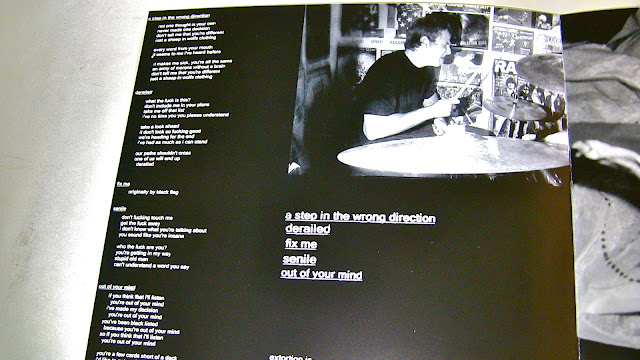 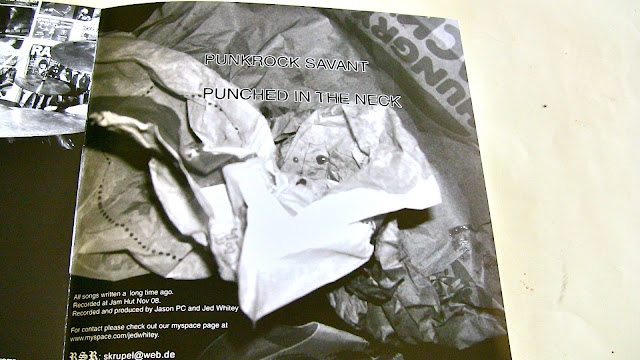 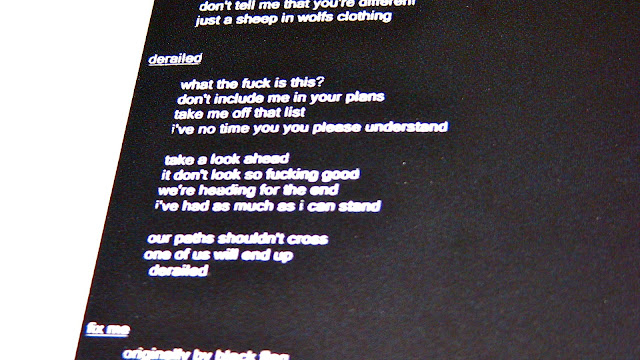 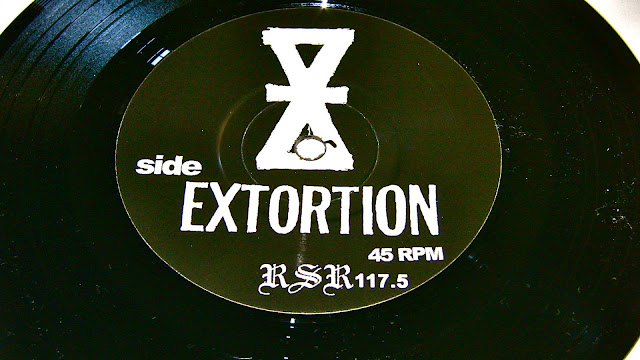 You can pick this up in tons of distros now. I got mine from Rotten To The Core records.