Dead On The Floor 30 Seconds Into The First Band

So every Insect Warfare collector knows that there's that one little teeny weeny annoying release they have that drives you crazy. The split cassette with The Kill. Well, RSR, the reissue saviors, re-released it on a nice red flexi, 45 RPM. Even though the release is more widely available, and on an arguably prettier format, this still isn't a very satisfying IW record. Their track is actually taking from the split 5" with Agoraphobic Nosebleed, so if you have that too (which I do), I guess oh well on that. The Kill track is good, just a solid metallic ripper as they do, and do well. None of them are bad songs, but the brevity is brutal. 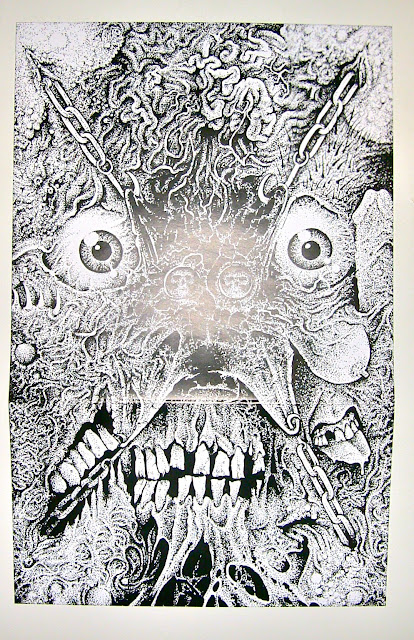 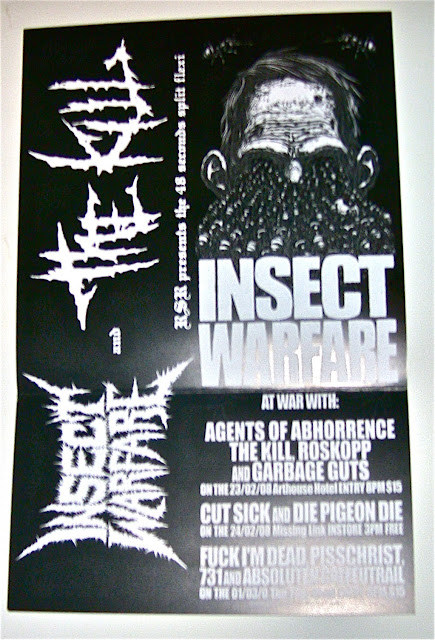 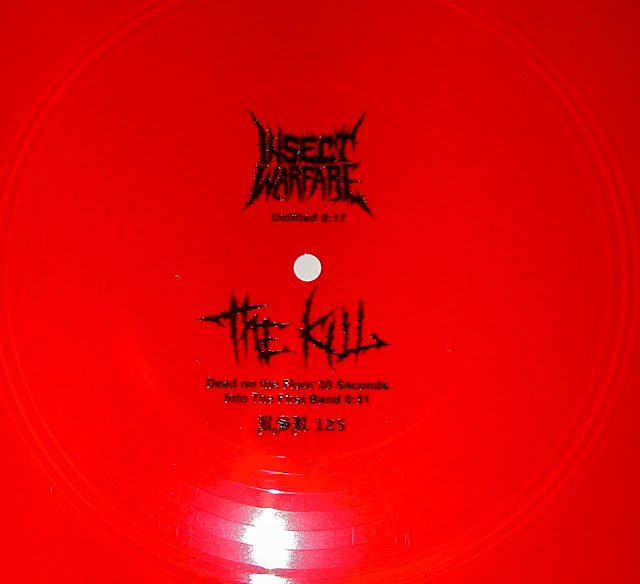