One of my more left field loves of 2013 comes to us from the lovely city of Chicago; the LP reissue of the debut album from Rectal Hygienics - "Even The Flies Won't Touch You", black vinyl, 33 RPM. 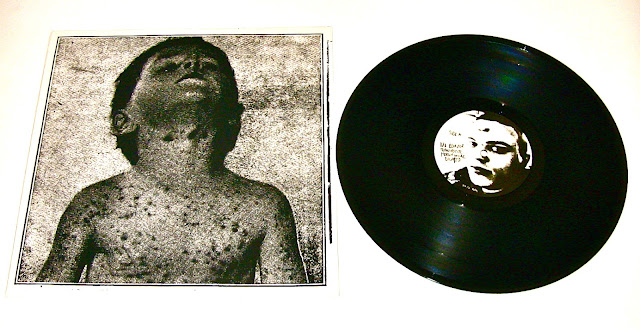 This was originally released on a cassette with a different cover by Depravity Label. Torn Light Records took over for this much needed reissue. For those who don't know, this band shares members with Sea Of Shit, and I believe Socially Retarded, and it's sludgy, noisey, hardcore rock thats as grungy and obscene as the name suggests. Knuckle draggingly simple musicianship (the second track, "Transvestite", just consists of an open strum bass string and random guitar hits), and a raw, blown-out, basic is brutal delivery. And PC policers be warned, this stuff is not for weak vanilla stomachs. It's like a good mixture of Brainbombs, Pussy Galore, early Swans and maybe even the Melvins?? I dig it a lot. 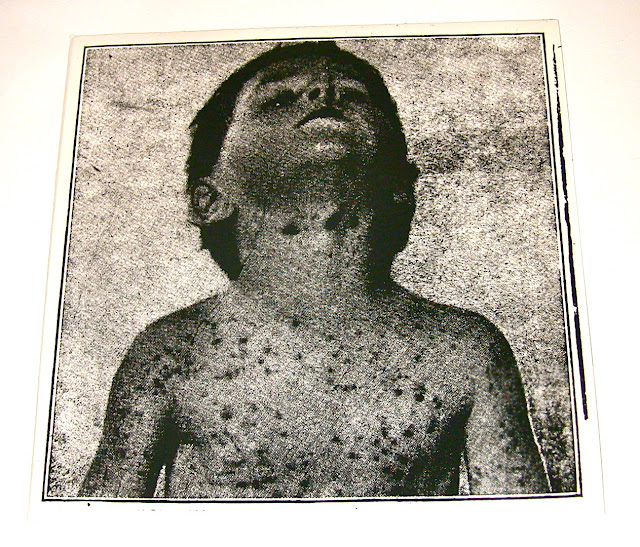 Decent packaging job. A silkscreened cover, but a slim one. So there's no spine on this, which is a shame. Very nice foldout poster though. The image is the cover for the cassette. 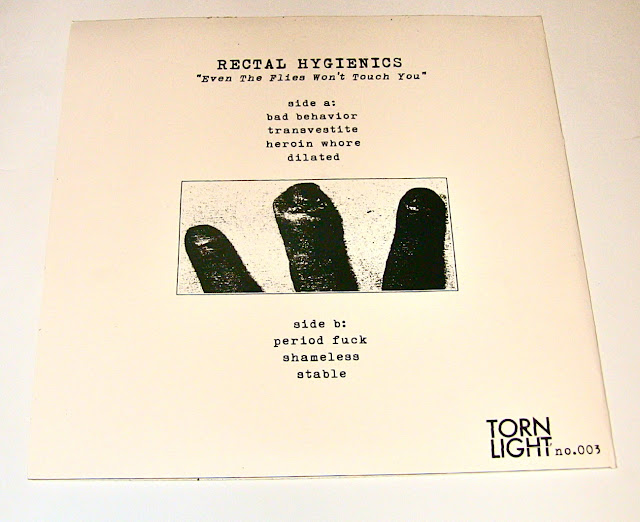 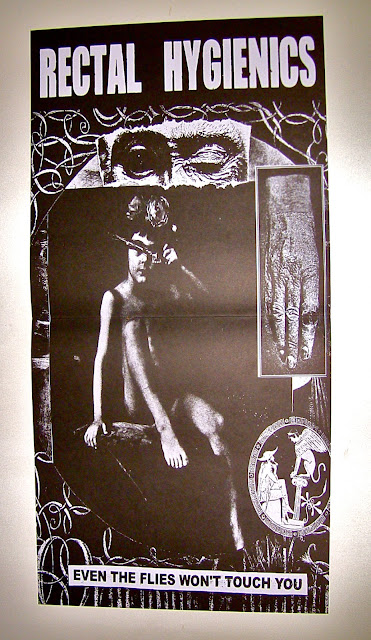 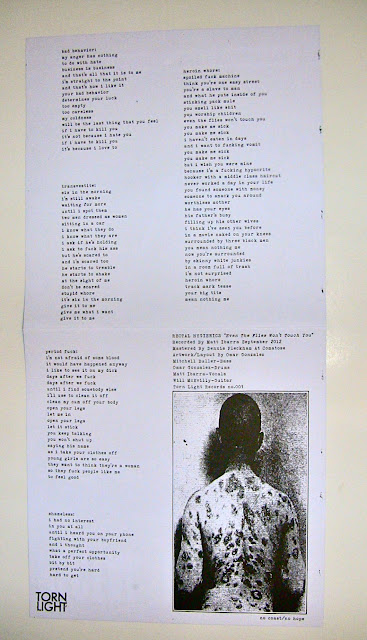 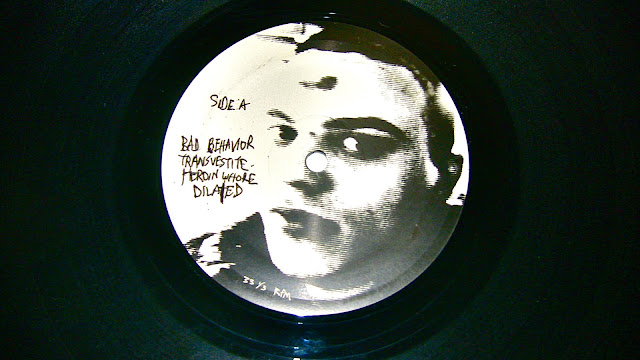 These guys have a new 7" coming out on Diseased Audio. Can't wait for 2 more sides of dirt!