Hygiene Records is a newer label out of North Carolina that I have been becoming more and more loyal to with every release that they put out/help put out (it's also owned and operated by Priapus frontman Jordan Noe). Here's one of the more recent outputs, co-released by Evil Purple Bastard. Gets Worse - "Negative", transparent green vinyl, 45 RPM.

I already did a review for this over at Operation Grindcore, so I won't get into to much detail. Anyone who was a fan of their self-titled 10" last year should know what to expect. Early-Weekend Nachos worshipping powerviolence, expertly recorded and pummlingly heavy. Good stuff. The packaging is just as impressive. Thick, glossy cardstock, double sided, fold-over cover, with a thick black dust sleeve, and every copy is on green vinyl. This thing looks damn good, the pictures don't really do it justice. 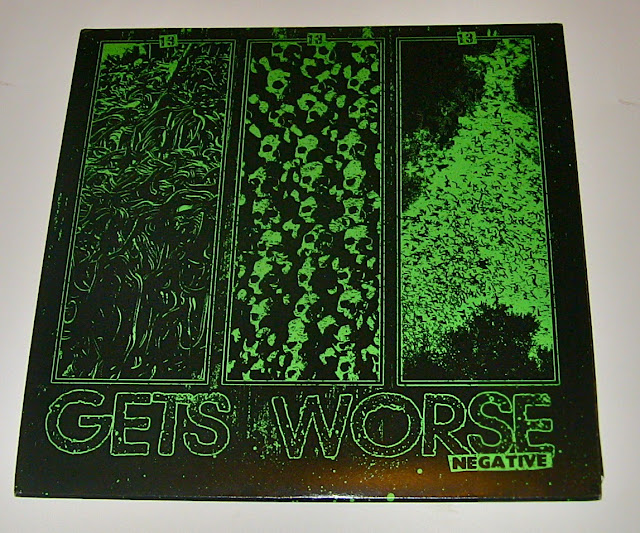 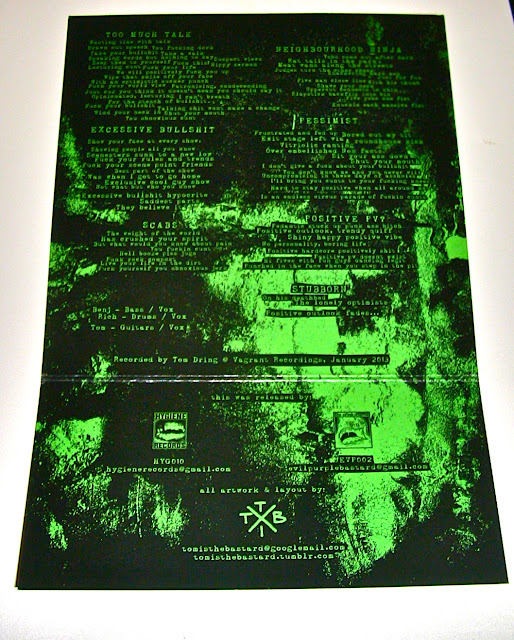 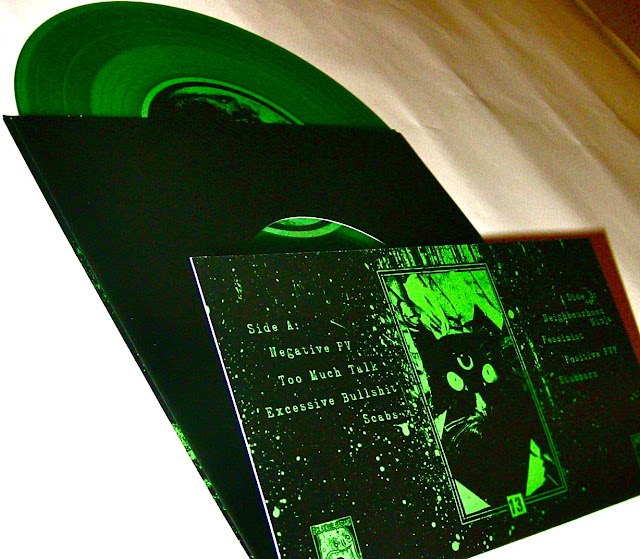 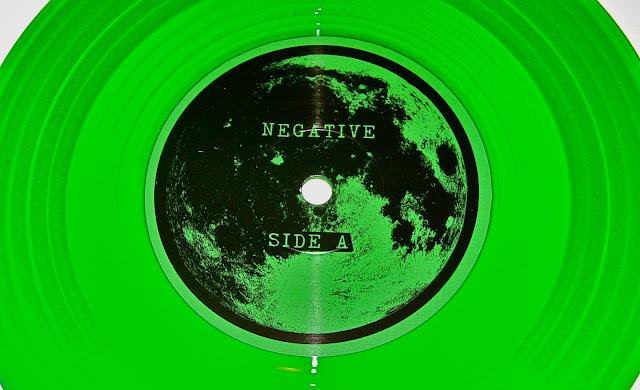 I believe Hygiene Records still has copies, as should Evil Purple Bastard.