Here's an older Archagathus split that I recently picked up. I've had my eye on it for a while, mostly because of the cool cover. This is their split with Camphora Monobramata (that name take's a couple tried to type too), black vinyl, 33 RPM. 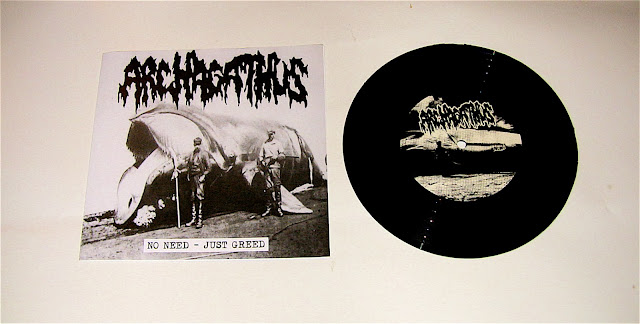 These Archx tracks were actually recorded the same year that this record was release (2011). While I have to question the super janky guitar tone, these songs still do come out sounding quite heavy thanks to some much needed low end from the bass. "She Grinds" and "Languorous Tyrannosaur" are some stand-out heavy mince jams. Great sounding vocals as well. 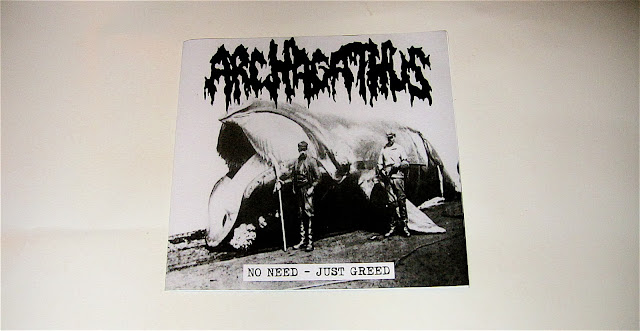 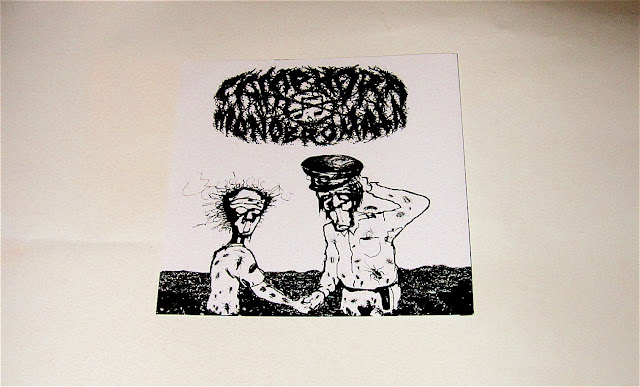 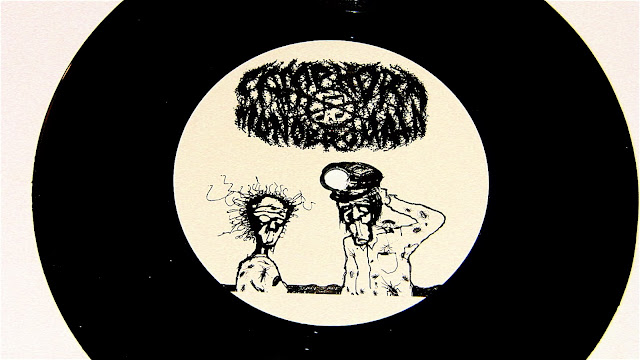 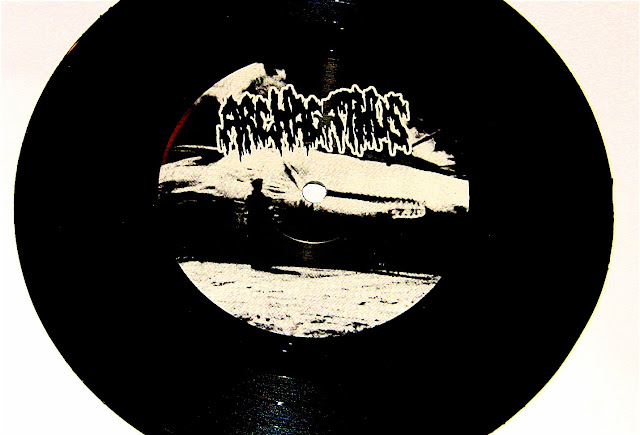