I think I got this the same time as the Compost split. Another Archagathus split with an Italian band, this one being Bestial Vomit. Black vinyl, 33 RPM. 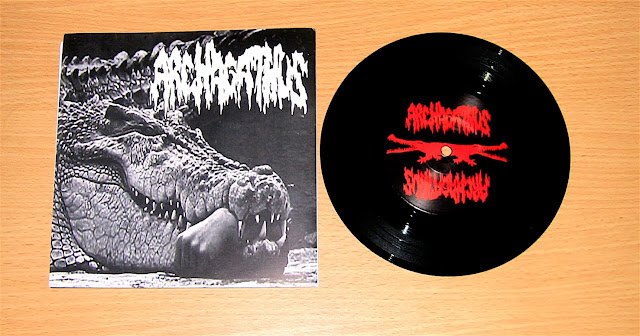 More recordings from 2011 on the Archx side. so that janky guitar tone pops up again. Some real angry sounding songs on this split. Standout gems like "Paranormal Investigator" and "Fuckin' Ebola" pop up, the later of which being re-worked with a Part B song; "Goddamn Cholera!". Bestial Vomit are a band I only have one other record from (the split 7" with Agathocles), and they're a lot better then I remember them. I thought their three songs were great! A pretty solid mix of traditional OD grind with some modern riff and vocal dynamics, and a killer screaming vocalist. Kind of like Dahmer meets Capitalist Casualties mixed with early Rotten Sound. I wish the almost minute long sample at the end was another song though. 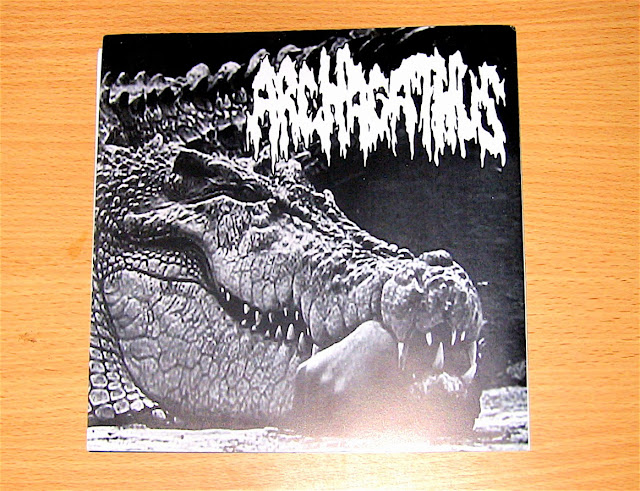 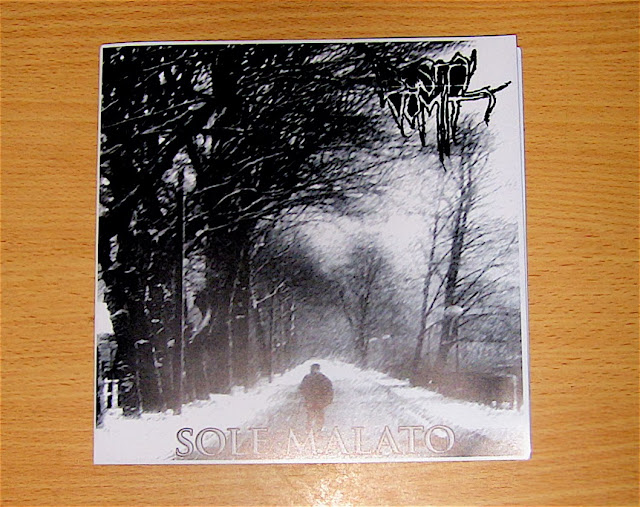 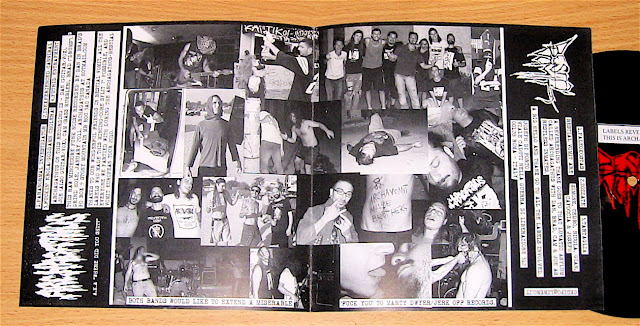 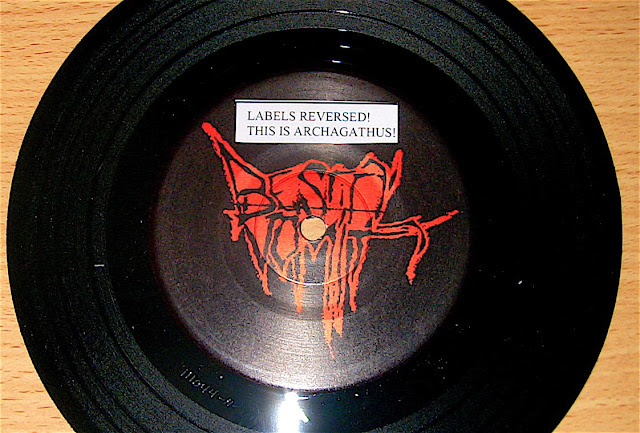 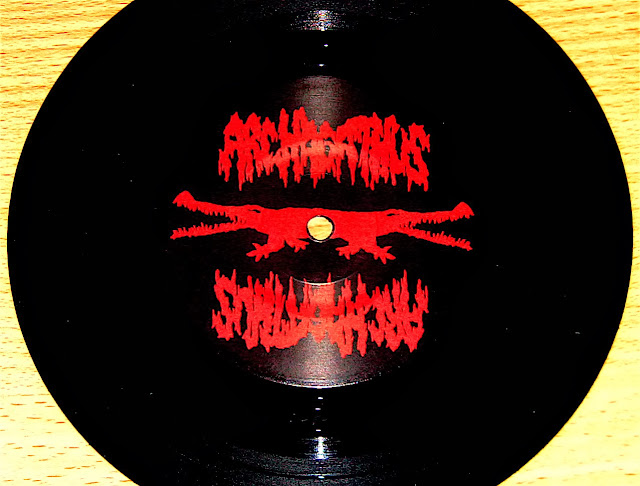 This one's pretty easy to find.