I'm late to the whole Vaccine thing, and I'm paying for it by no longer having access to there records. Sucks. I really don't wanna pay $15+ for their 5". The 7" that I do have however, "Human Hatred", will tide me off till I then. This thing is a fast and furious beast! Black vinyl, 45 RPM. 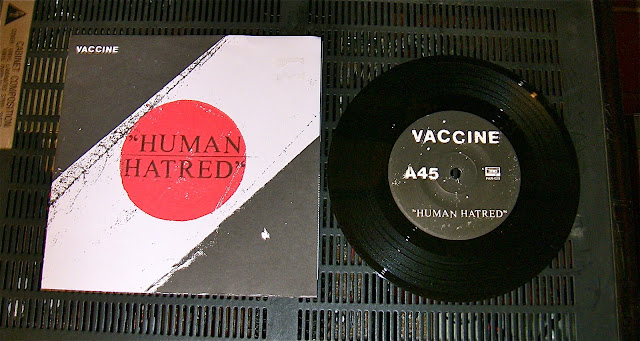 One of the fastest and most ferocious sXe hardcore bands that I've ever heard. On the verge of just being grindcore, but there hardcore roots are undeniably dominate. Very lo-fi and abrasive production too, the whole sound kinda reminds me of the mighty Shitstorm. Very short release too; 10 songs in about 4 minutes. This could have very well been a 1-sided 7" and you could still have had it be at 45 RPM. 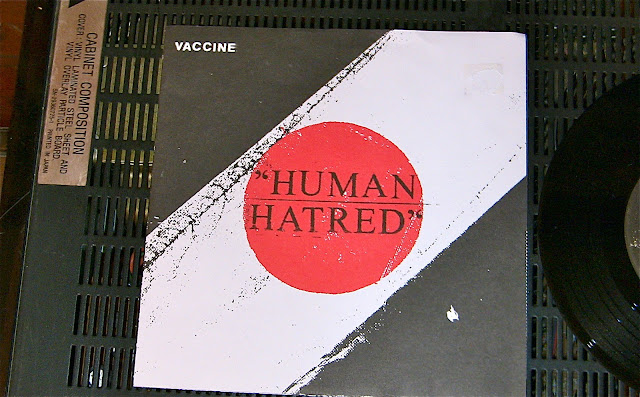 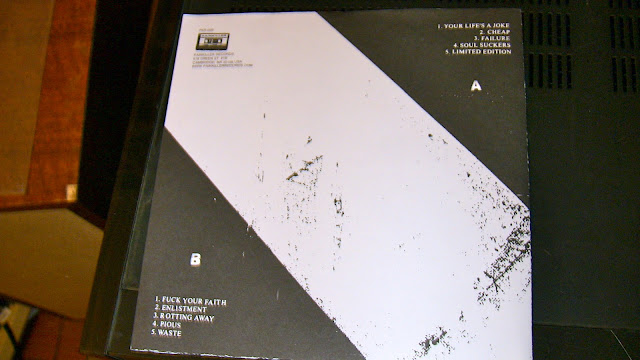 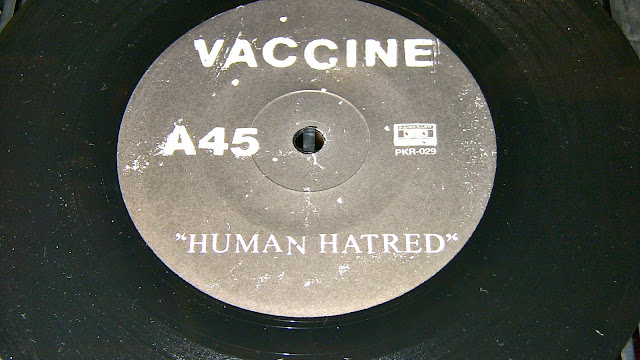 The one thing I'm iffy about with this band is the lyrics. Very very very straightedge. Like, on almost militant levels. I'm have no problem with sXe people, but I can't stand trying to force beliefs, any kind of beliefs, on other people. The lyrics are pretty much unintelligible though, so it's not that much of a major issue. The music more than makes up for it. 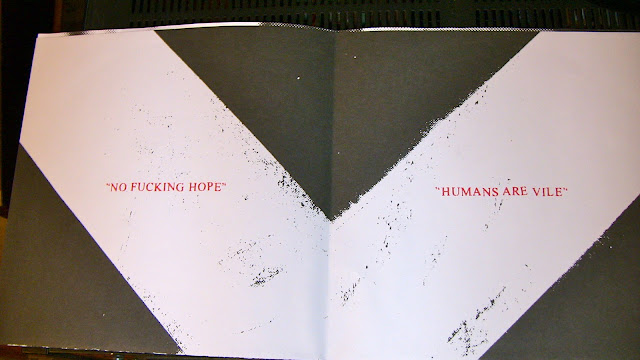 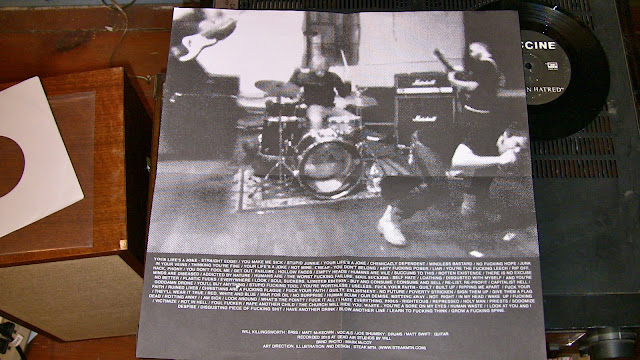 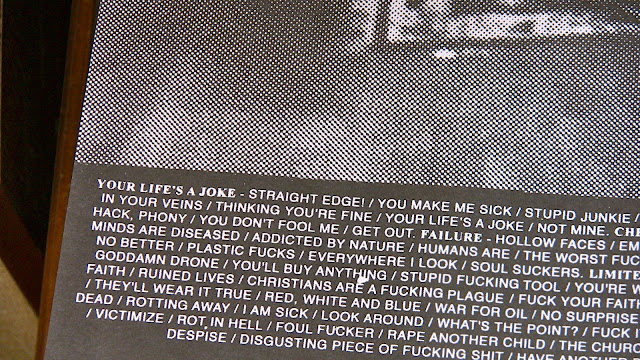 I'm on the lookout for affordable prices on there 5" and demo 7". Really cool band, I'm looking forward for more from them.