Suffering Mind is one of my latest grindcore obsessions. Awesome grindcore from Poland, I'm sure many of you have heard of them. If not, do yourself a favor and pick this album up. Their s/t full length, white vinyl, 33 RPM. 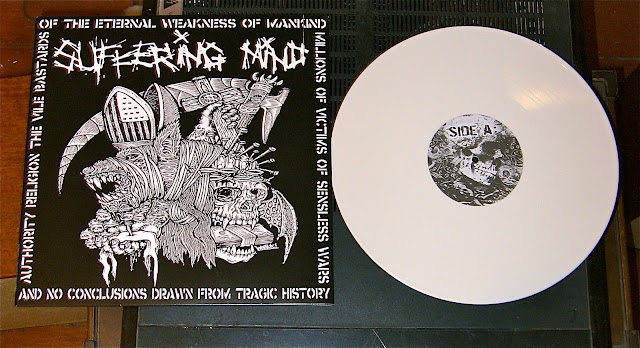 This was released by 625 Thrashcore and Crucificados Records in 2010. Super solid grindcore album, probably the best I've heard from the band so far. 18 songs in about as many minutes with a Phobia cover at the end, pretty much a perfect length for a grind album. In terms of the type of grind they make, I can make heavy comparisons to bands like Insect Warfare, Phobia, with maybe a teeny-tiny bit of Magrudergrind thrown in. Little sprinkles of Magrduergrind. 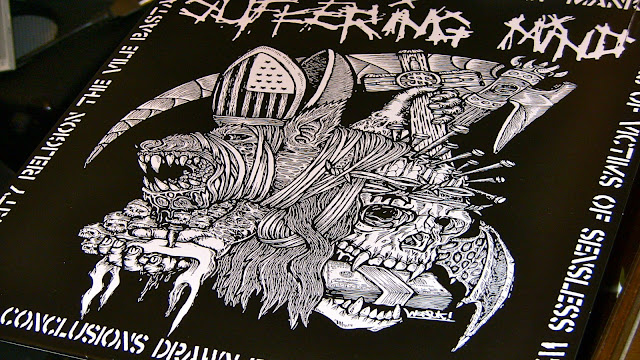 Great packaging job, covered in fabulous artwork. The usual crusty/politically influenced artwork. There's a large poster and a double-sided insert included as well. Not much more I can say, so I'll let the pretty pictures to the rest of the talking. 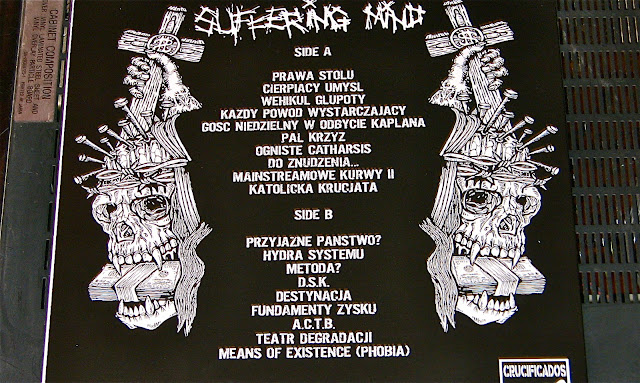 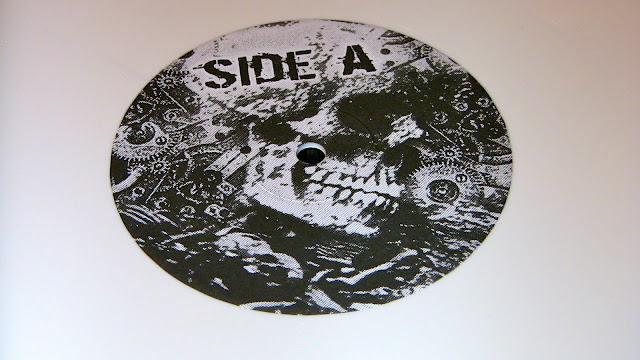 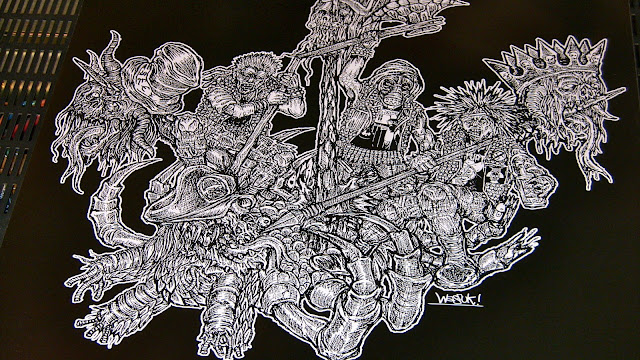 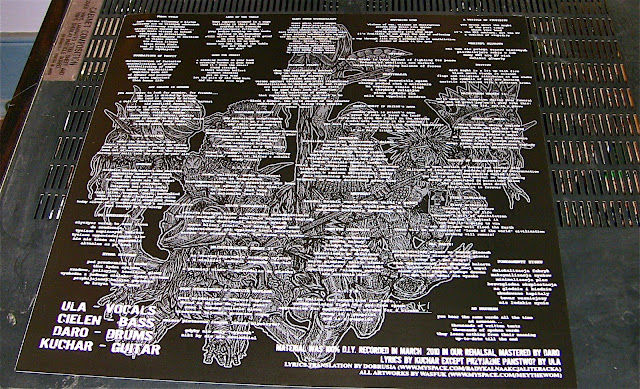 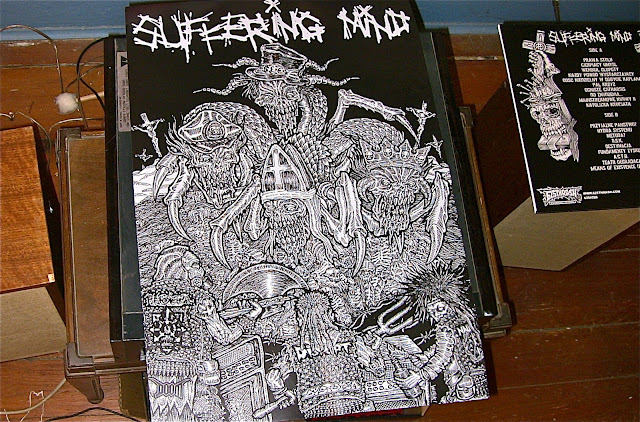 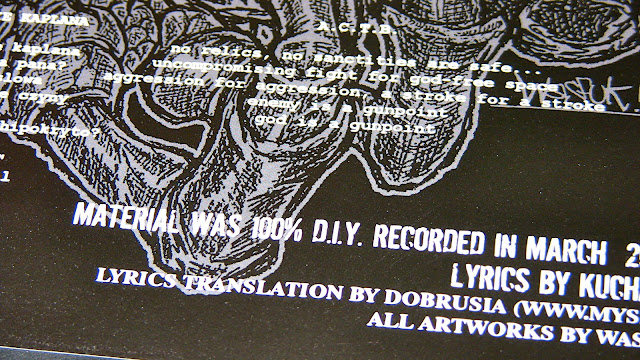 This band has a metric fuckload of releases coming out. Including splits with The Afternoon Gentlemen, Needful Things, Phobia, a live 4" picture disc, and a few more that I'm forgetting. This band is gonna put a hurting on my wallet.