My latest package from To Live a Lie came in a few days ago, I picked up 1 LP and a couple recent 7" represses that TLAL did. Here's one of them, Chest Pain - "s/t" on mess/marble vinyl, 45 RPM. 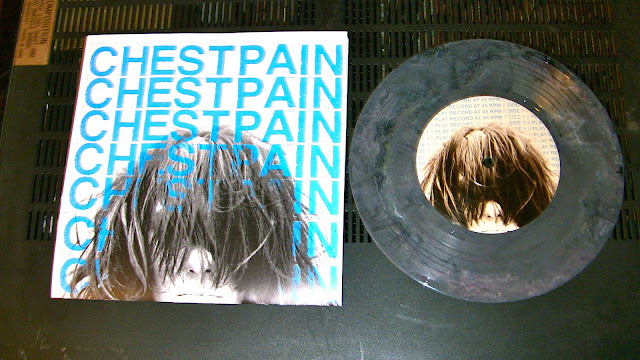 I've been digging this EP for a while since I found it on bandcamp late last year, and I was pretty bummed when I learned that the band had sold out of the 7" version. But good 'ol TLAL was kind enough to repress 500 copies of it(200 on color, 300 on black) so I can finally own a physical copy. 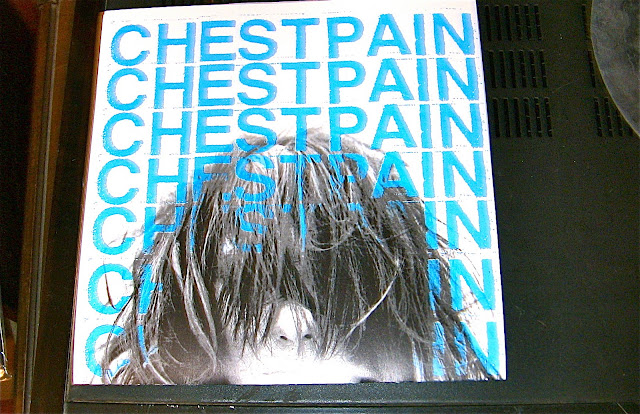 Today was actually the first I had listened to this EP in quite a while, and I forgot how much these guys kinda sound like Iron Lung, but with not as much powerviolence influence. Nothing Overly impressive and far from mind blowing, but it's still a pretty rad hardcore record. Love the artwork too. 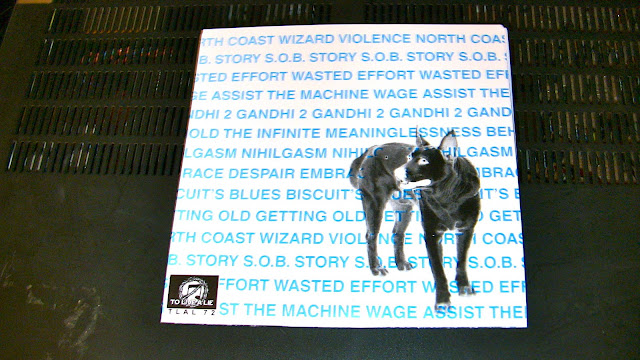 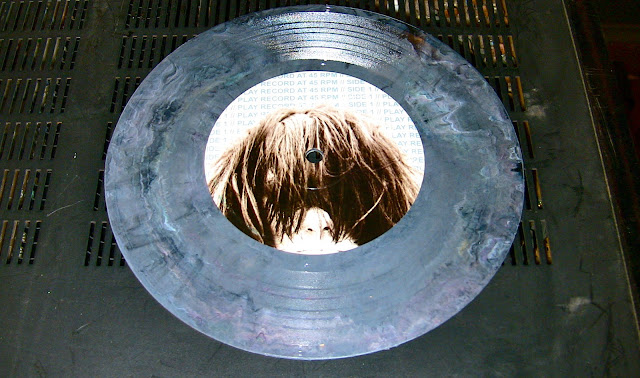 One of the better mixed/mess vinyls that I've seen recently. I've dubbed the mixed color vinyls "shit-colored" cause of the ugly, brownish/gray color that often happens. But this one has a nice dark blue with some cool swirls in it. Nicely done. Pretty barebones packaging, standard record & insert. Nothing on the inside of the sleeve or anything. It gets the job done, but I was expecting a bit more. 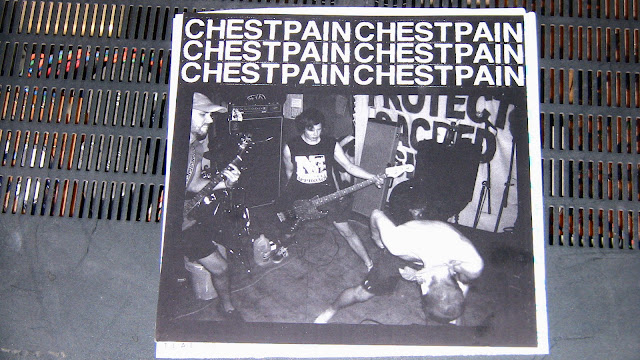 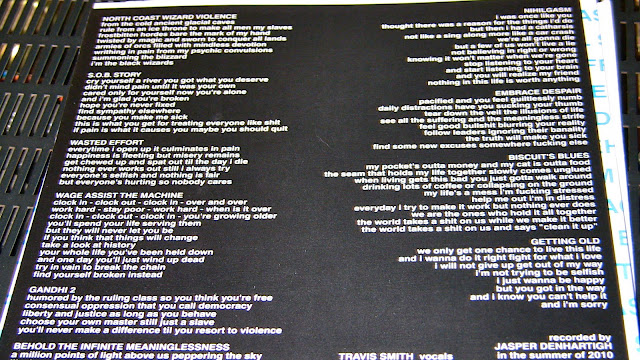