This record's been in my collection for a while, but I've been playing it a lot as of late. I think I like it more now than I did back then, super super grim and rough powerviolence! Mindless - "Human Conditioning" 7" on black vinyl, 45 RPM. 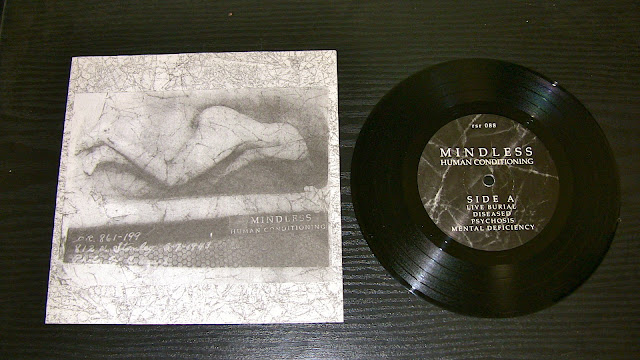 As far as I know, Fazia from Hatred Surge started Mindless after she left the former band. While the HS influence did tag along with Mindless, they definitely have done their own thing. For one, this band is not as inspired by the old school sound as their name might suggest(people who don't know, get a clue). Down-tuned riffs and soupy, up-front bass production gives it a more sludgy, dystopian, grimy feel to it. Brutal stuff. 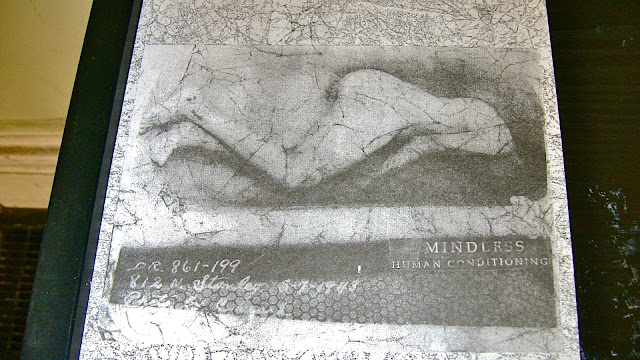 I think this is the only RSR release I have that has matte paper. 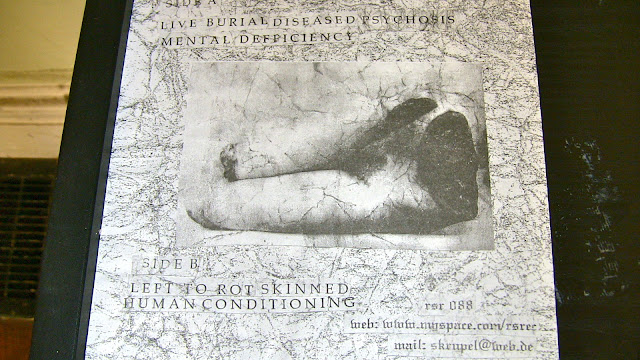 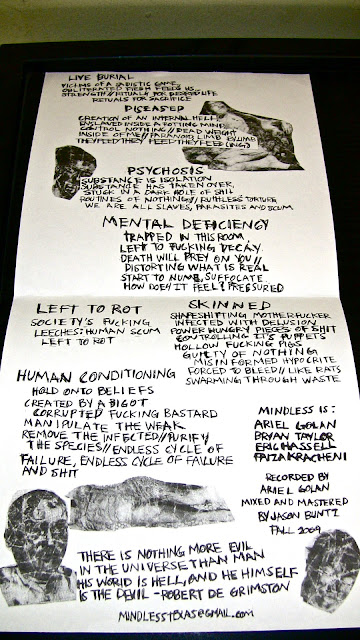 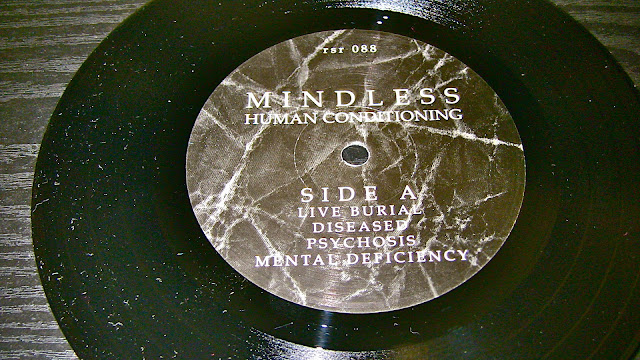 Word has it that a follow-up EP is in the works, and will be released on To Live a Lie. Yeah, you can all change your pants now.
~VII
Posted by VII at 7:29 PM