I still don't think I entirely get Bathtub Shitter, in the way that I can't just throw them on and fully enjoy their music. There's always 1 or several parts or songs that just leave me scratching my head and pondering. But when I found this album for a great price on VInyl Junkie, I decided to give the band another go, this time taking in a full-length album. Bathtub Shitter - "Lifetime Shitlist", 12" on brown/white swirl vinyl, 33 RPM. 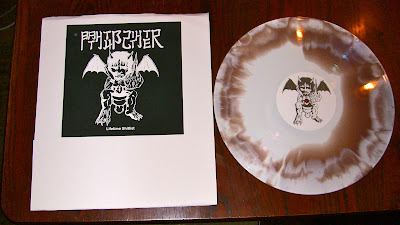 To my fellow musicians; you know that little voice that'll pop up in your head every now and again when you're writing a song that says, "oh, that riff is a little to weird for this song," or "oh, that seems a little too out of place." Yeah, most Japanese bands don't listen to that voice. This album is just so fucking weird, it'll have blasting heavy grindcore then do a 180 and have an all semi-acoustic track. The vocals are fucking bananas, and the delivery is just chaotic. Honestly, it can be a bit of an annoying listening experience, but maybe I just haven't been in the right "mindset" to understand it. Which sounds like a weird thing to say when talking about called Bathtub Shitter. 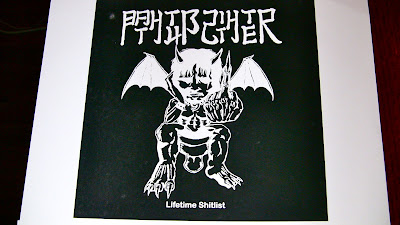 HORRIBLE.FUCKING.PACKAGING!! This is just ungodly awful. This is the type of packaging that you would be on a shitty bootleg album, but this right here is an official release. So poor, it leaves a bad taste in my mouth. 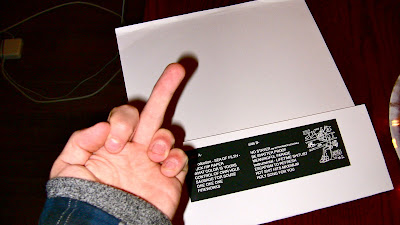 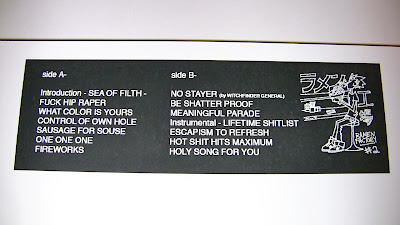 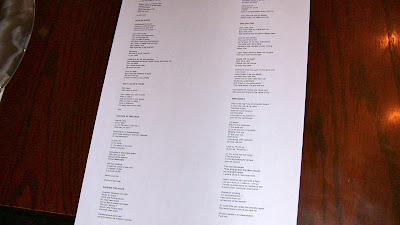 I think all the money that went into releasing this was spent on the absolutely gorgeous vinyl, which is the only redeeming thing about this whole package. 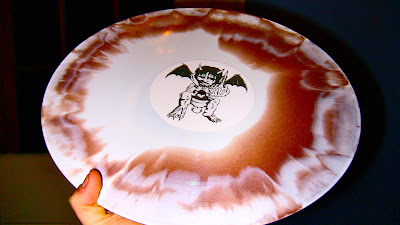 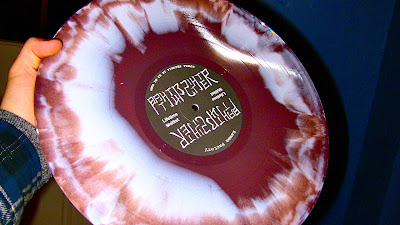