The last thing I bought from the Give Praise sale, and also the final recorded output from my beloved Dead Radical. As far as I know I have all of their records, but something in me tells me that I'm missing something. Anyway, here's the Dead Radical/Republicorpse split 7", black vinyl, 33 RPM. 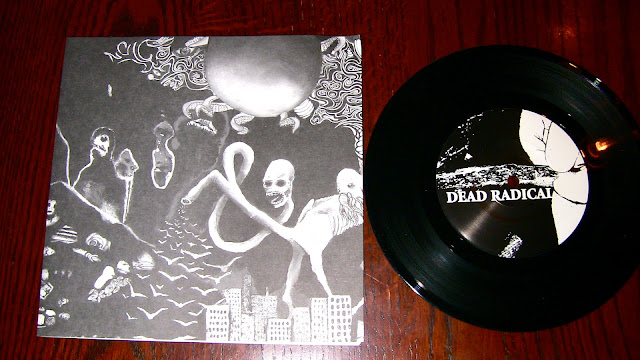 Great songs from Dead Radical. I'd say that it's definitely the most metallic they've sounded. Awesome, technical, wanky fastcore, just the way I like it from Dead Radical. Not as good as "Rottenness", but still high quaility. And the Republicorpse side is pretty sweet too; definitely more "song" oriented than DR, but I'd still call them fastcore, with a definite metallic hardcore influence. I'd definitely pick up some other records from this band. 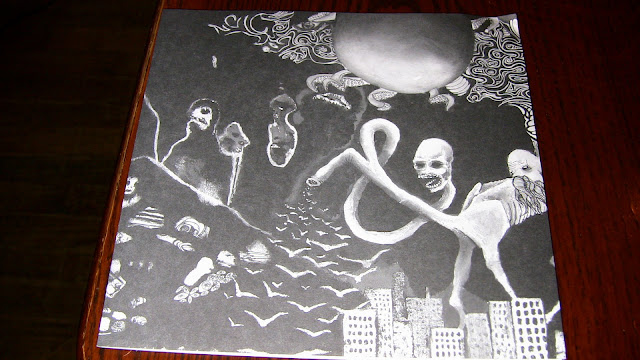 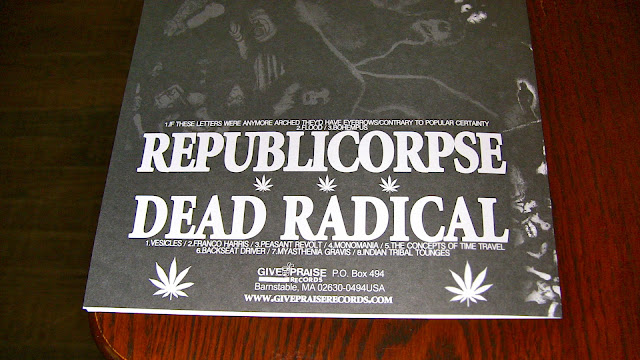 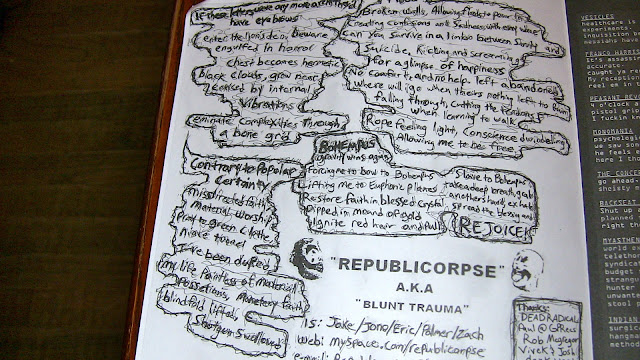 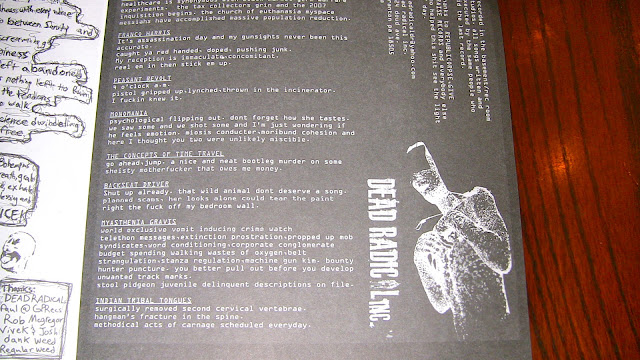 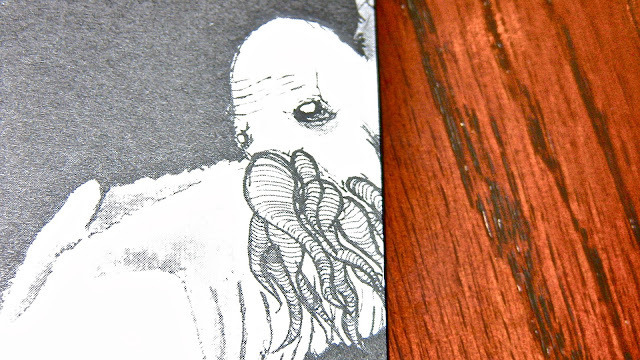 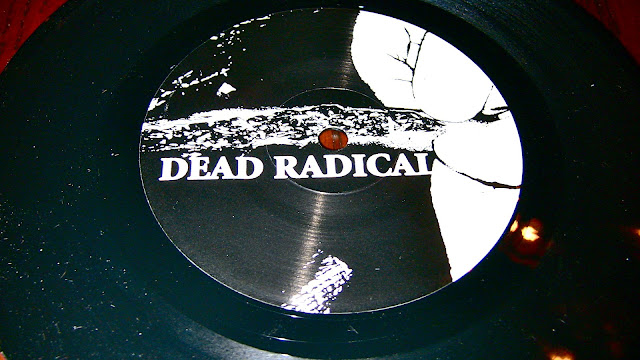 Give Praise Records still has this, definitely pick it up!