One of my current favorite underground grindcore bands, the mighty +HIRS+ from Philadelphia, have been releasing records and tapes like mad the past few months. Keeping up with this band can be exhausting sometimes, I think they have almost 10 more releases coming out. Here's the recent(and highly limited) lathe cut records that they were awesome enough to send me(<3 you guys) along with a super awesome surprise record! 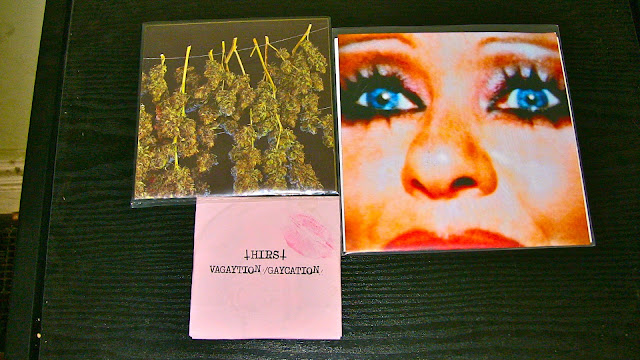 Here's the first and most ridiculous lathe record, the "Vaygaytion/Gaycation" 4" limited to 20 copies. This is the first 4 inch record I own, and it's a bit of a tricky mother to play. I had to put the needle on the record first and then turn the player on. If I tried to put it on while it was spinning it would manually shut off. There's less than a minute of music on this, which I figured would be the case. Kinda makes me worry about the upcoming Hummingbird of Death/xBrainiax split 4". Anyway, being a lathe cut record the "pressing" sounds pretty weak. I'm very happy to own it though! 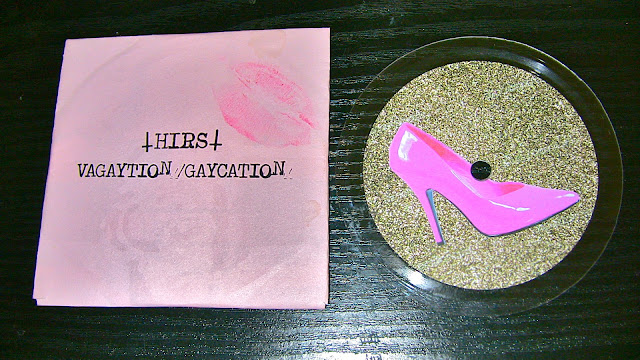 Sealed with a kiss. The packaging folds out, but I didn't do it out of fear of causing some damage. 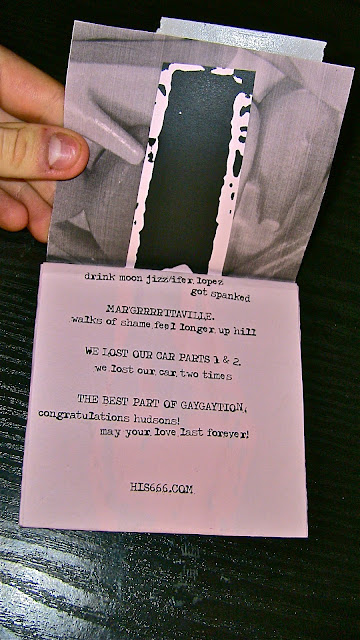 Next up is the "Dimebag" 5 1/2" square lathe, also limited to 20 copies. Getting this was on a first-come-first-serve basis, and the first 10 people who emailed the band after midnight on it's release day would get one. I lucked out. Still crappy sounding due to the lathe cut, but way better that the 4" in terms of songs. Great riffs and some occasional grooves. The B-side is a medley of Pantera songs which is pretty interesting. Comes with a lyric sheet. 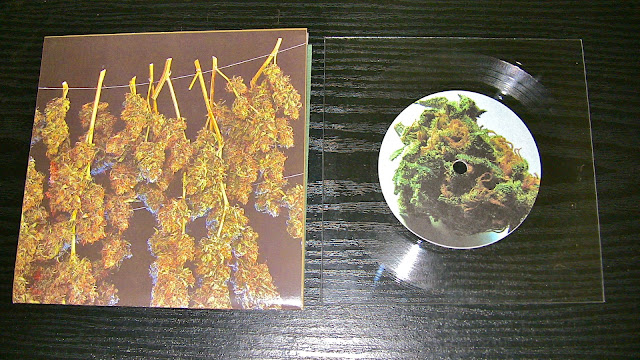 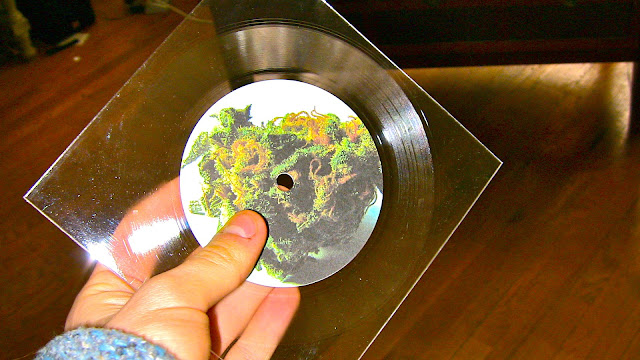 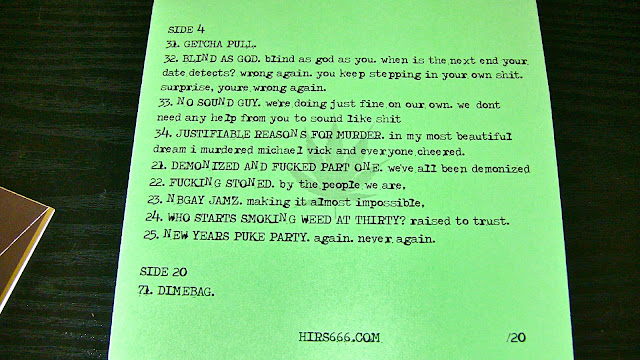 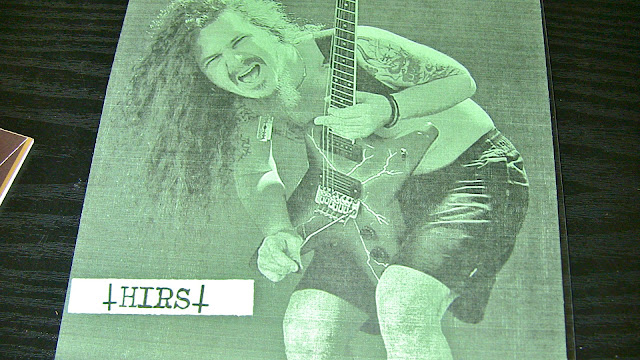 Lastly is the super awesome surprise gift they sent me. This is the rarest of the rare when it comes to +HIRS+ records(so far). The "Invoulentary Split" with the band The Immaculates. What this actually is is a test pressing for the "Worship" 7", but the pressing plant didn't have and blank stampers, so they pressed 2 The Immaculates songs on the B-side. There are only 5 in existence, and I got the golden #5. I'm a happy boy. 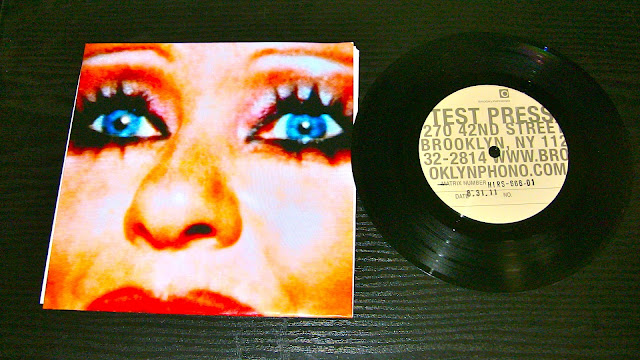 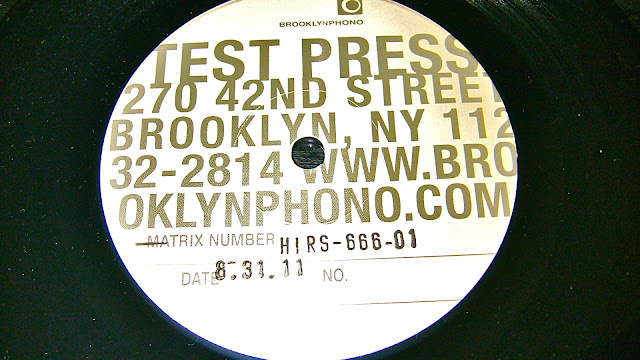 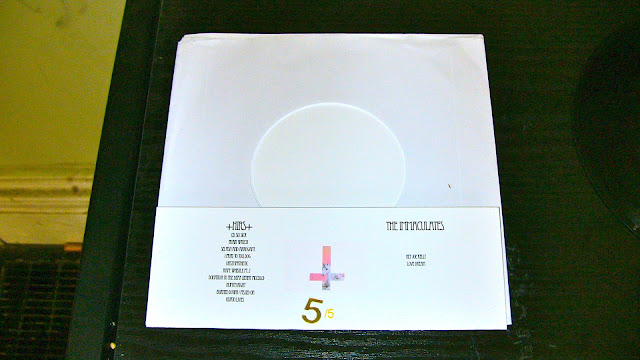 I'm pretty sure all of these are long gone, but they have a legit split 7" with Maradona out now, which I'll be picking up soon, as well as all sorts of new releases out in the near future. Try to keep up!
~VII
Posted by VII at 11:32 AM