Jay Tichy has a LOT of Sidetracked releases coming out. Just reading his up-coming list is enough to make my head spin and makes my wallet quiver with anticipation. There's a lot I'm very excited for, and I was super happy to snag this baby from Rotten To The Core Records. Sidetracked - "Forfeit", transparent red vinyl, 45 RPM. 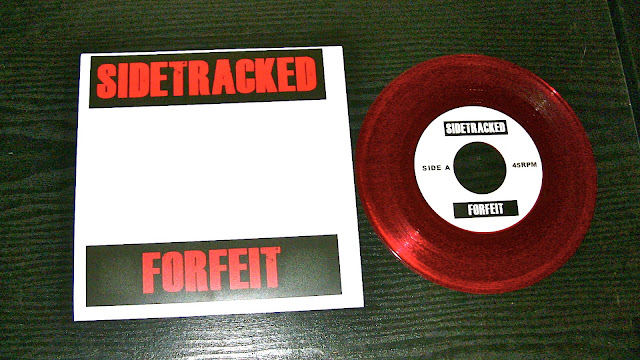 12 new songs from Jay and company on this new 7", keeping with the usual formula, fast songs, short song, and short songs. Definitely reminds me of the "Uniform" 7" that was released last year, but with much better production. Sadly this is no where near as good as "Uniform", which honestly is a pretty hard record to top. There is about the same amount of music on here though, including a cover of Nasum - "Red Tape Suckers". This could have easily been another 1-sided 7", but of course they put a single 20 second song on the B-side. Kind of annoying, but I'll humor it. 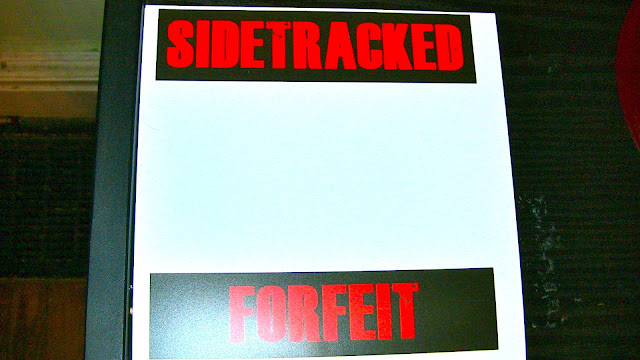 I snagged the pre-order edition(I think this was the first record I've ever pre-ordered), the only difference being that the cover has red letters instead of white and it's on red vinyl, limited to 100. There's also 100 on green and clear and 200 on black. As well as 10 test presses that are up for sale on discogs. Kinda want to snag one of those, but I won't out of sheer principal. If anyone wants to send me one though, I would love it! 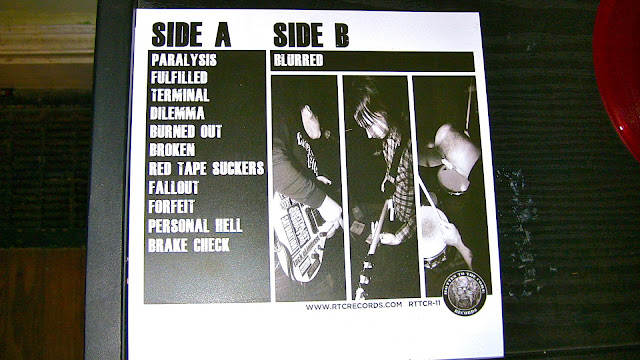 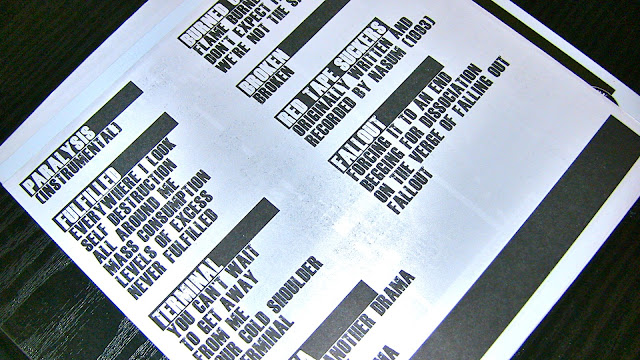 The record also has a large 45 style hole, which I dig a lot. Please excuse the shitty-attempt-to-be-artistic-photo. 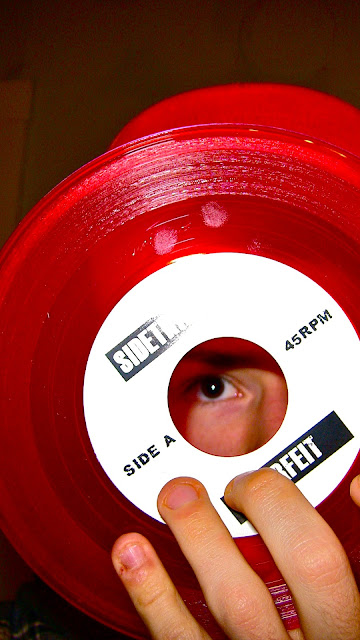 Rotten to The Core records as well as To Live a Lie have copies of this. Pick it up!
~VII
Posted by VII at 11:37 AM