I got to know of Thousandswilldie through the excellent live music video site Kill That Cat a while ago, and I was instantly drawn to their chaotic, and at first listen uncontrollable take on grindcore. So when I stumbled upon their "A Carcass Is Only Dead Once" 7" in the Hells Headbangers distro a couple years ago, I instantly snagged it. Black vinyl, 45 RPM(if I remember correctly). 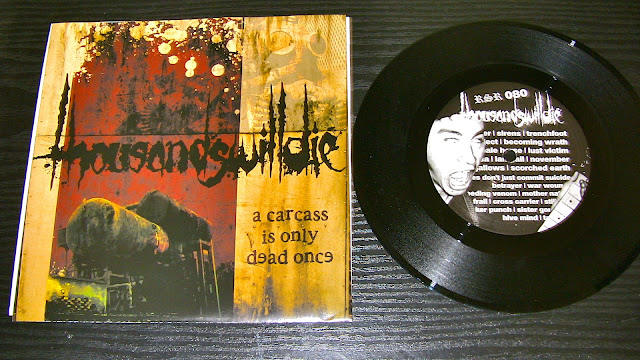 25 songs on here, and they go by in the blink of an eye. Not a whole lot of breathing room, it's just a suffocating onslaught of blasting hyper-speed grindcore. Truthfully, this is a pretty difficult release to get into, even for well seasoned grindcore fans. There is very little to grasp onto, you pretty much have to just listen and take in the whole thing, and hopefully your head will still be intact when it's over. 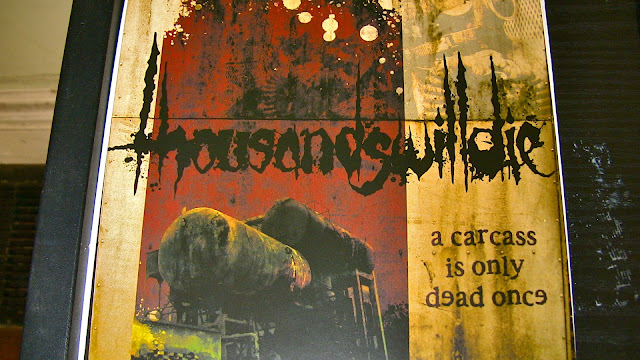 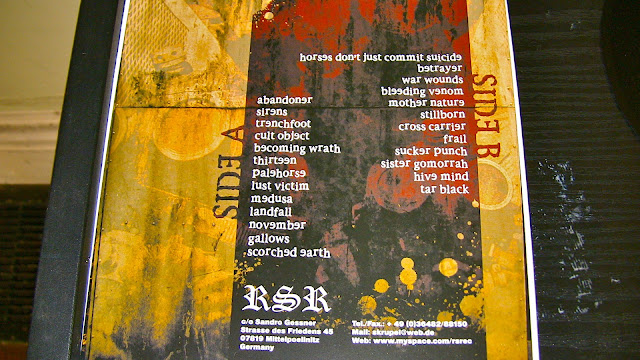 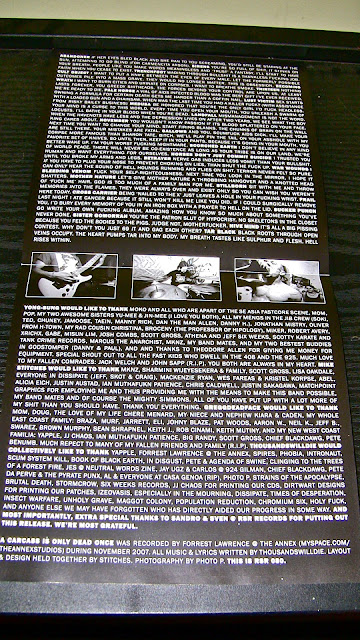 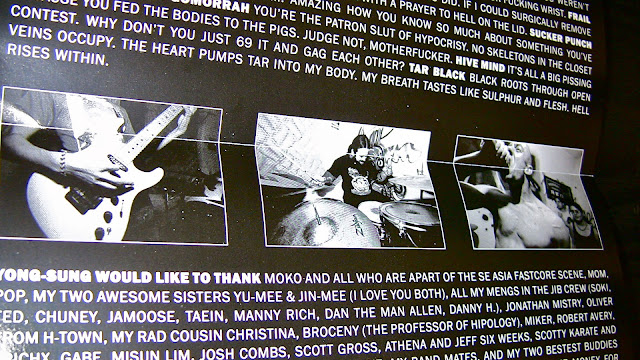 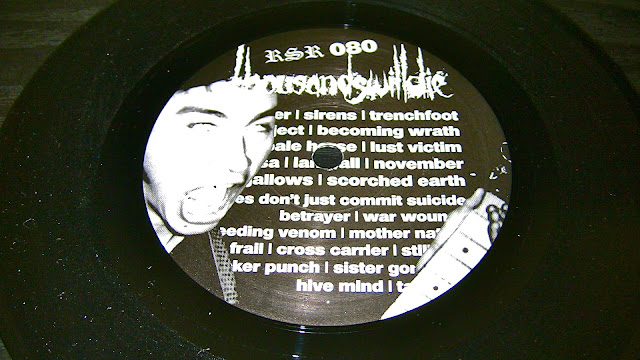 Thousandswilldie's output was very small, and they sadly broke up in 2010. However, singer Mike Stitches has moved on with his new, stupidly awesome project Standing On A Floor Of Bodies who you should all get wise too right now. As for this 7", I see it every now and again in various distros. I'd suggest getting their split 7" with Kill The Client first, it's a much more palatable introduction.
~VII
Posted by VII at 7:26 AM

Email ThisBlogThis!Share to TwitterShare to FacebookShare to Pinterest
Labels: 7", a carcass is only dead once, RSR, standing on a floor of bodies, thousandswilldie